How did Netero manage to levitate during his fight with Meruem?

I recently rewatched the epic battle between Netero and Meruem in the 2011 anime. I noticed that most of the time, Netero "floated" in front of his summoned Kannon. (I am lazy now to include snapshots, but believe me, he was not just "jumping").

IIRC, in the final battle in The Last Mission movie, Netero stood in front of his Kannon by standing on one of Kannon's palms, which was a very clever and reasonable way to keep a high position.

This leads me to question: How did Netero manage to levitate during his fight with Meruem?

So far (both in the manga and the anime), no Nen user was shown levitating, just flying at best (and using wings in those cases). Of course, the answer to my question can be "By using Nen", but frankly, it would be a very inefficient way to use it (c'mon, just reserve one of Kannon's palms to lift you, and leave the other 99 for "ant swatting").

ADDENDUM: The scene that made me think about all this is in episode 126 at 6:17

The most credible explanation is that Netero wasn't actually levitating.

It is undeniable that there are scenes where he seems to be levitating: 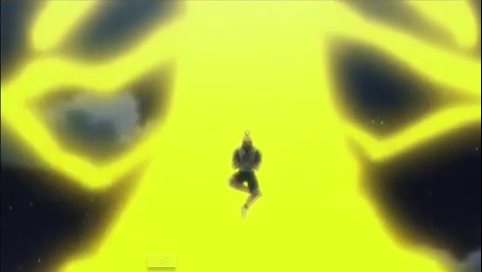 However, it could be that Netero was jumping up, and the entire half a minute scene of him in midair, which also includes a flashbacks, is in incredible slow motion. Because of his superhuman strength, it would not be difficult for him to jump this high (Gon and Killua did this in GI).

Netero is one of the fastest characters in HxH:

He managed to out-speed Neferpitou and, even more remarkable, Meruem, as he was able to launch numerous attacks on Meruem with his 100-Type Guanyin Bodhisattva with the King unable to see the coming assault. It took him many minutes of incessant fighting to grow used to Netero's speed.

His punches are faster than the speed of sound, and this attack was so fast Meruem could not see them coming. Note that Meruem is one of the strongest characters of HxH and is also incredibly fast:

Immense Speed and Reflexes: Meruem can rip off limbs and obliterate entire bodies in less than an instant.

However, the attacks were slow enough to be clearly visible to us. Therefore, it can be deduced that the scenes is in extreme slow motion.

He did land just afterwards. If he had been levitating, it would have been better to keep levitating to carry on his attack: 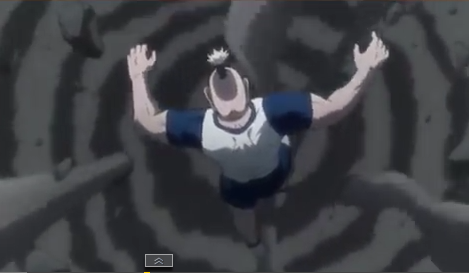 Well, the anime actually explains the method to levitate during the Greed Island Arc. The treasure hunter was demonstrating his skills to qualify for the 15-man squad by showing off his ability to temporarily levitate by pushing Nen from his feet and using it like a pillar of sorts to keep afloat.

The boys outflew him literally on their first try. It's not a stretch to say that Netero knew how to do this technique already and was liberally using it in his fight with Meruem... He just slowly retracted his Nen as he fell and slowly decelerated to ground level.

Maybe he was using the method explained in the greed island arc because that extra palm that he would have sat on was needed in the fight, and since Netero knew that death was a possibility in the fight he wasn't going to try and conserve any nen. He was going all out!

1
How will Gon continue fighting after his fight with Neferpitou?
1
Why did Majitani's surrender not count in his Trick Tower fight with Kurapika?