Was Urahara's Bankai ever revealed or hinted at?

I used to watch and read Bleach before, but I stopped following the series after the defeat of Aizen.

Urahara's Bankai is a mystery to me, and since I'm no longer updated, I don't know if there's more to tell on Urahara's abilities.

Has there been an update on what we know about Urahara since Aizen's defeat?

In chapter 664, Urahara was finally forced to use his Bankai. This happens on the final page of the chapter.

It summons a giant person: 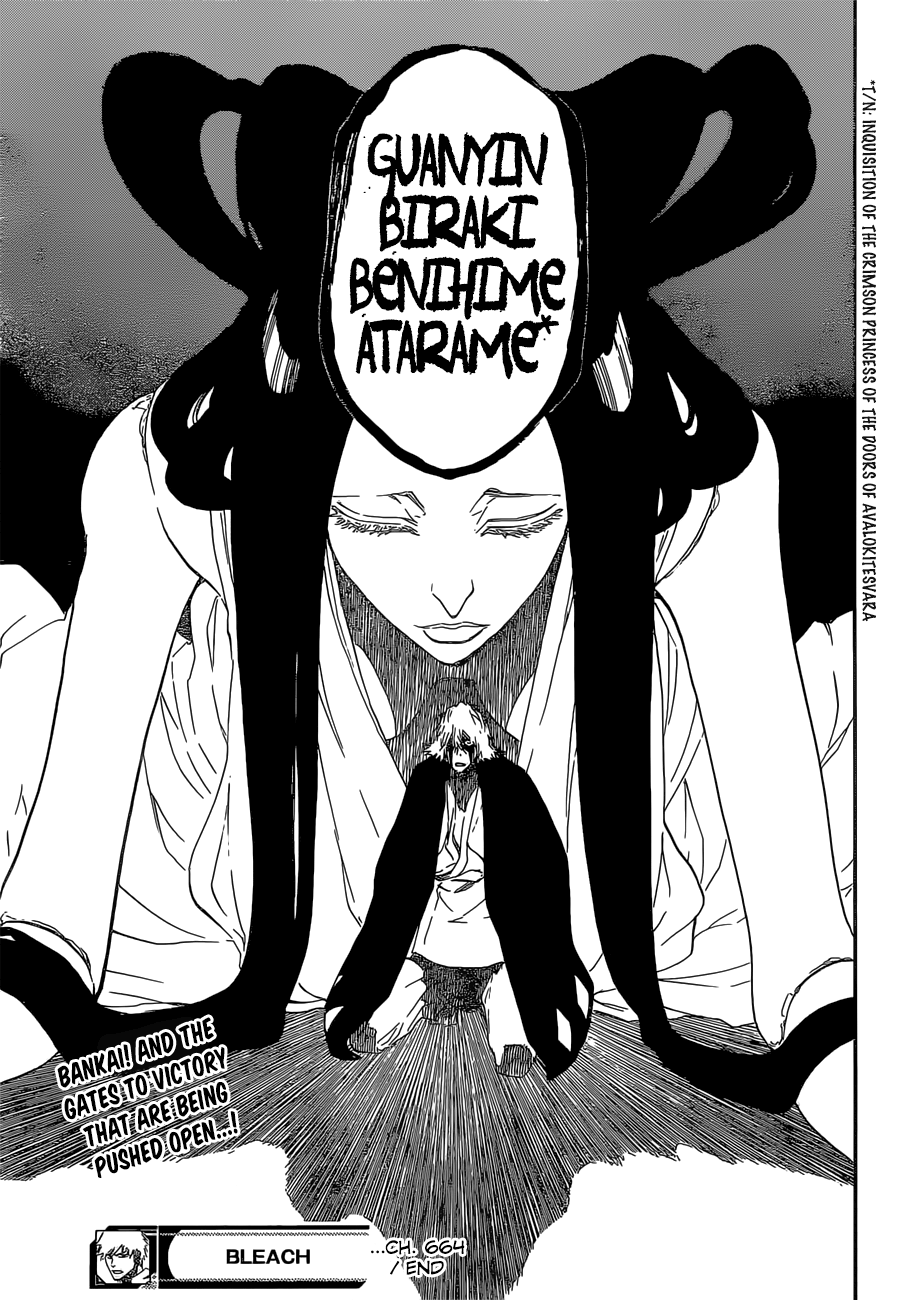 Urahara reveals that his Bankai has the power to restructure anything it touches: 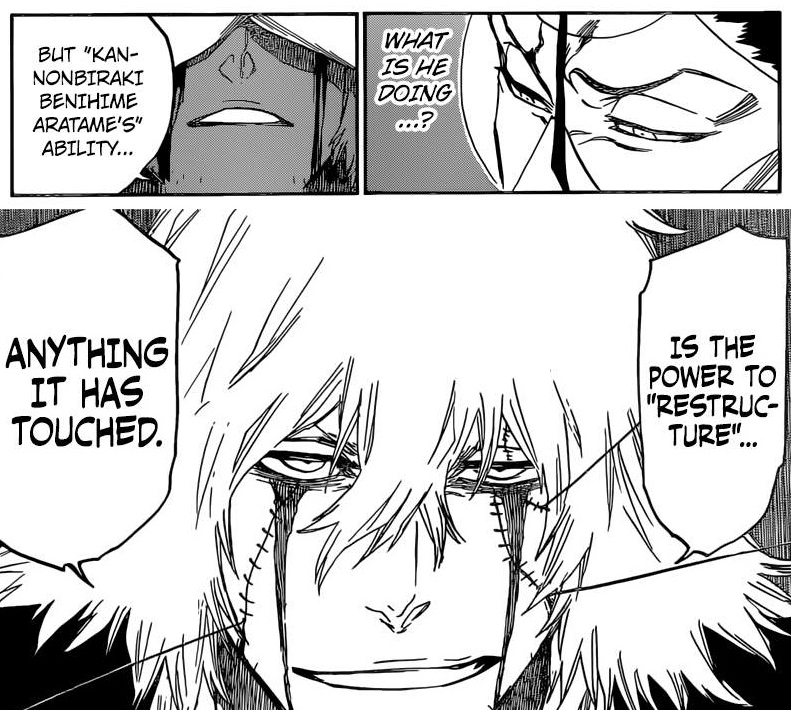 As can be seen in the above picture where his eyes are being stitched up, Urahara is also able to utilize this ability on himself to heal wounds. Considering the ability of his Bankai, it's easy to understand why he didn't use it to train Chad when Chad needed to fight against a Bankai.

As of yet, Urahara's Bankai has never been revealed. We know that he is capable of it, but he has never actually used it on-panel.

Back when Ichigo was still working to attain his Bankai (Chapter 132), Yoruichi informed Ichigo that Urahara gained his Bankai using the same training method, and did it in three days.

Later (Chapter 224) Sado comes to him for training. Urahara tells Sado that he needs to train against a Bankai in order to improve. He then assigns Sado to train with Renji, saying that his own Bankai was not suitable for training. This implies that his Bankai is either absurdly lethal, or may not be a combat-focused weapon (like how Unohana's Shikai is a flying ray medevac thing).

9
What does Unohana Retsu's Bankai do?
1
What does Kensei Muguruma's bankai do?
2
What was Zangetsu's Task for Ichigo to get Bankai?
4
What was Aizen's plan?
1
Who else besides Ichigo has a transformation bankai?
3
Why was the ending to the Arrancar arc so brief?
4
Why was Rukia's head covered when she was escorted to/from the Repentance Cell?
5
Has a bankai ever been silently activated?
0
What forms did Ichogo start and then bankai to in Anime War episode 4?