Where is this picture from? How do I use Reverse Image Search to find the source of an anime/manga image?

So I see an image that I believe is from either an anime or a manga. What are some ways that I can go about finding what series it's from?

However, such questions are still welcome in our main chat for users with at least 20 rep (globally on StackExchange).

Protip: If you are using Google Image Search in a non-English language, change your language to English or just use Google NCR for better, more accurate results.

Let's say you saw an interesting image online and you want to identify the anime it's from. To do this, you'll have to:

To search for images on browsers other than Chrome, you'll have to: 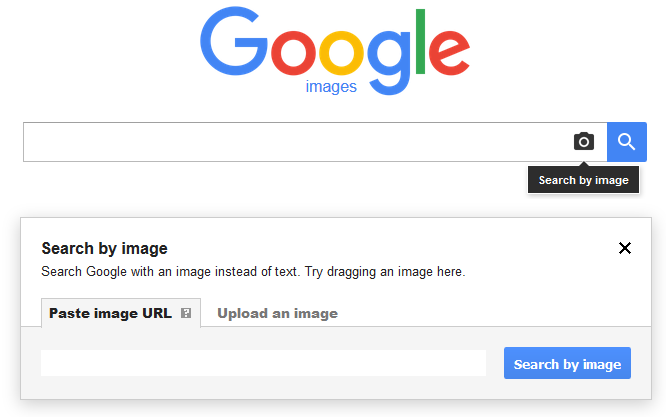 Just press and hold the image and click "Search Google for this image". 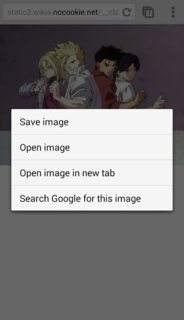 Switch your browser to desktop mode, and then follow the steps in Using another desktop browser.

Search parts of a larger picture

Sometimes you find a huge image, or an image consisting of several characters whom you want to identify. In that case, you will first need to crop the image for the search to work correctly.

First you will need to crop the image. For example, let us use this picture from DeviantArt: 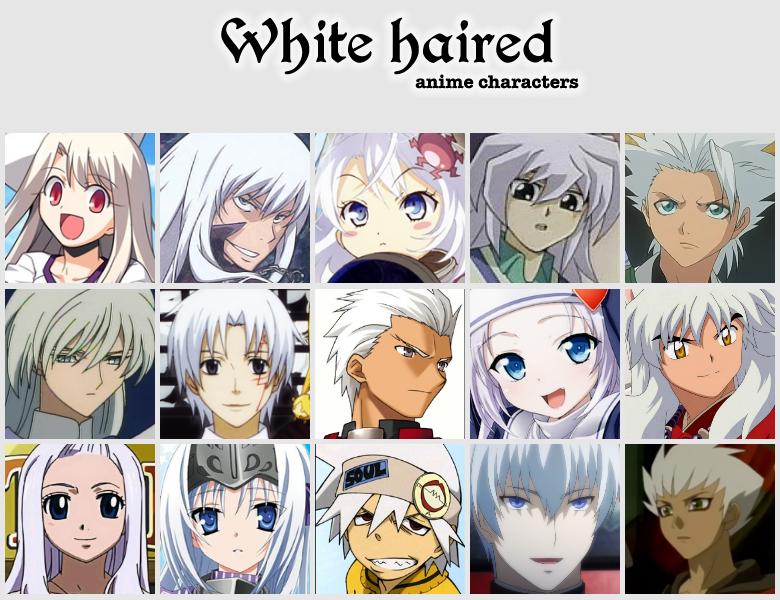 Suppose we want to find out who the top right character is, and from which anime he is. First, you need to single his picture out. You can do so by importing the picture into a picture editor such as Paint or Photoshop, or an external screenshot device such as Gyazo.

After cropping the image you should have a picture similar to this:

Having the cropped the image, you can follow almousawi's guide to reverse image search it.

This can also be done with GIFs. Some GIFs on the internet do not have much movement, and it's usually safe to run those through the reverse image search without more extra work.

However, other GIFs involve a lot more motion, and so it can be trickier (particularly since some of the frames can be useless). This can sometimes be done by "timing" the search right (by clicking just before the right frame) and trying a different points in the GIF, but this isn't very efficient, particularly since it can be hard to get the timing right.

A better tactic is to first break down the GIF into all its frames and search some of the more promising ones. There are a number of websites where this can be done, such as gif-explode. We can then run a couple individual reverse image searches, and some frames might work better than others.

For example, this GIF does very poorly at certain frames, yet as I stated in my answer in this question, some of the frames do work.

Running this through gif-explode, I get the GIF broken down into its frames. (Click on the image to get bigger picture.)

I pick a couple of frames and run them through Google Reverse Image Search, and the frame boxed in red gives me the very useful result of illya archer, and some links to the Fate series. 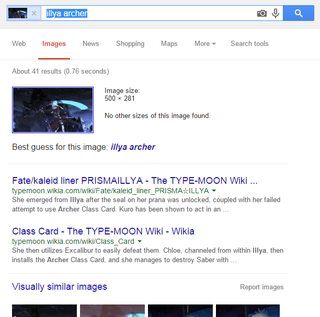 Meanwhile, other frames in this GIF give me no result, so it can take a couple of tries.

Aside from Google, there also exist TinEye, SauceNao and iqdb.

You can either go to these links and upload your image for search, or if you want to search an image that is already published on the internet, copy the following links into your browser's address bar and add the image link at the end of it.

TinEye shows better search results than other engines for images that look like screenshots from anime tv series and gifs from social networks and blogs.

SauceNao and iqdb are usually better for searching original artwork that does not come from anime movies, series or manga.

If unsure, use all reverse image search engines listed on this page until you find your source.

I have developed a reverse search engine tailored for searching anime by screenshots.

Try this yourselves at https://trace.moe

You may also search by right clicking any image after installing the chrome extension. 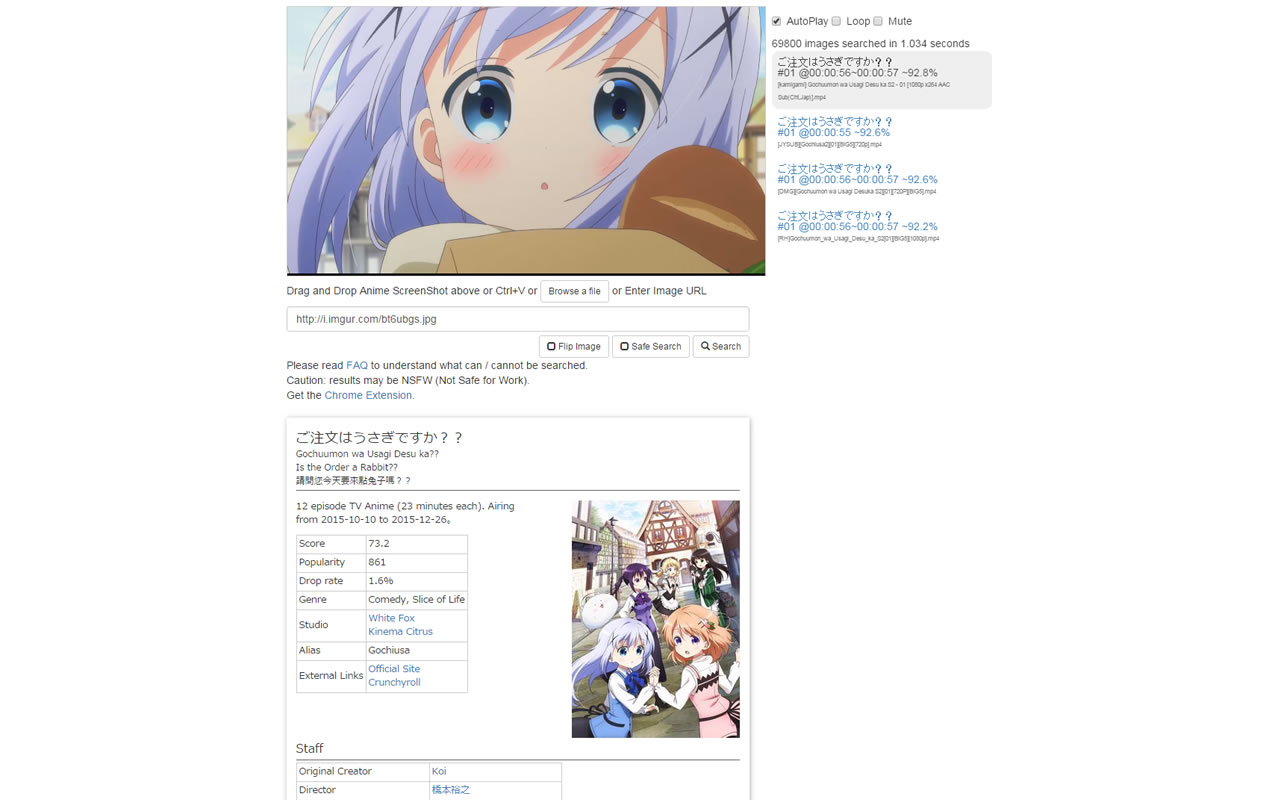 Sometimes you don't get results from an image search(Fan Art, Cosplay etc.) or you just remember the character but don't have any images.

You can search in the Anime Character Database for the physical traits of the character.

For example let me use the image from Dimitri mx's answer (sorry, but I couldn't think of an example image), taken from DeviantArt: Suppose we want to know the second character in the last row.

We note that she seems to be female, has white hair (length we can't say for sure), blue eyes, and looks to be a teen or child. 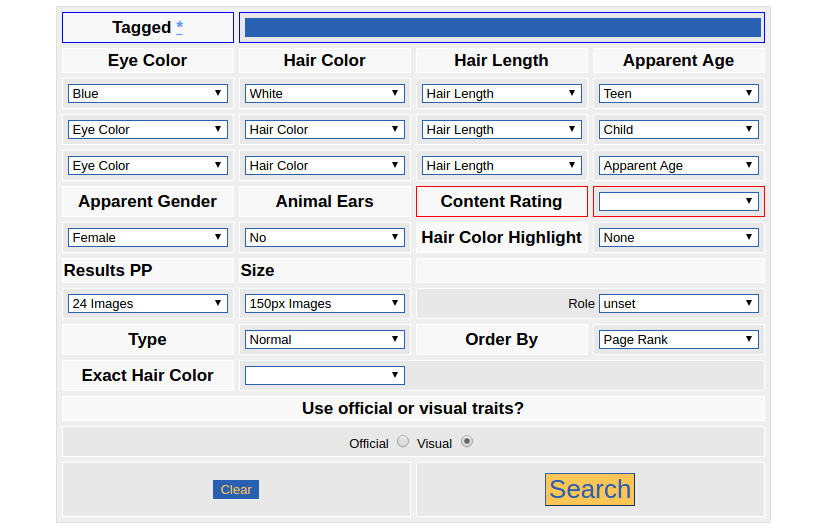 There she is, as the first result 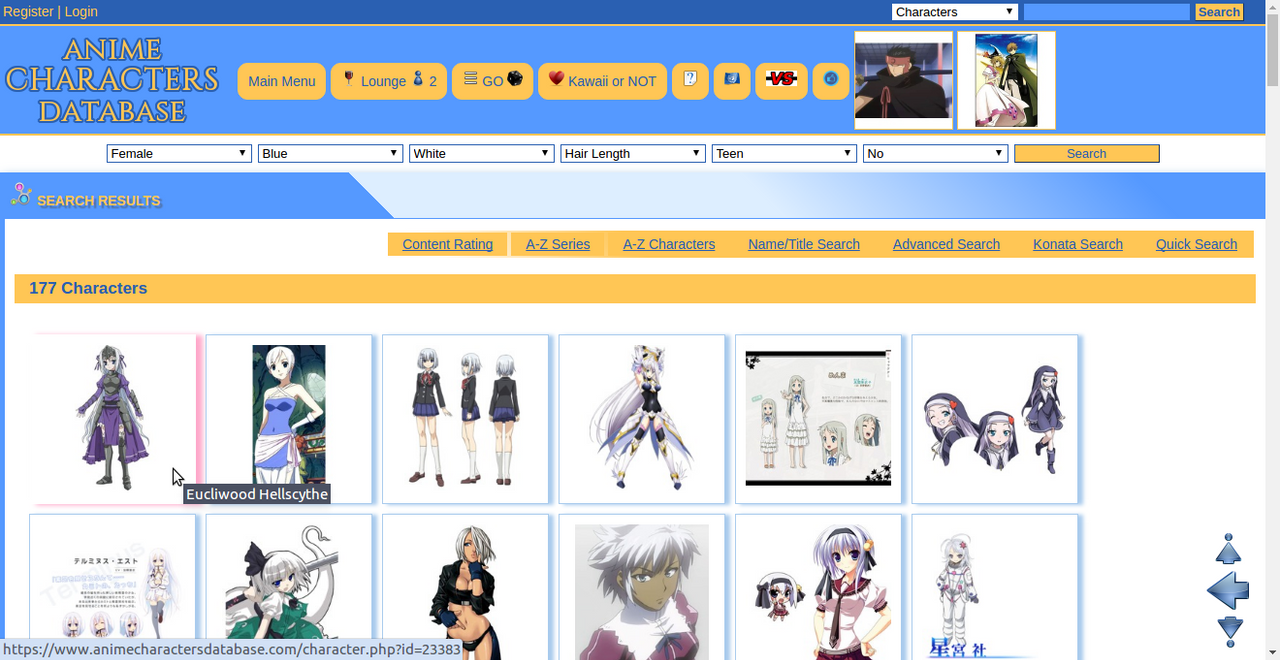 Clicking on the result will give further details about her like the anime in which she has appeared, etc. 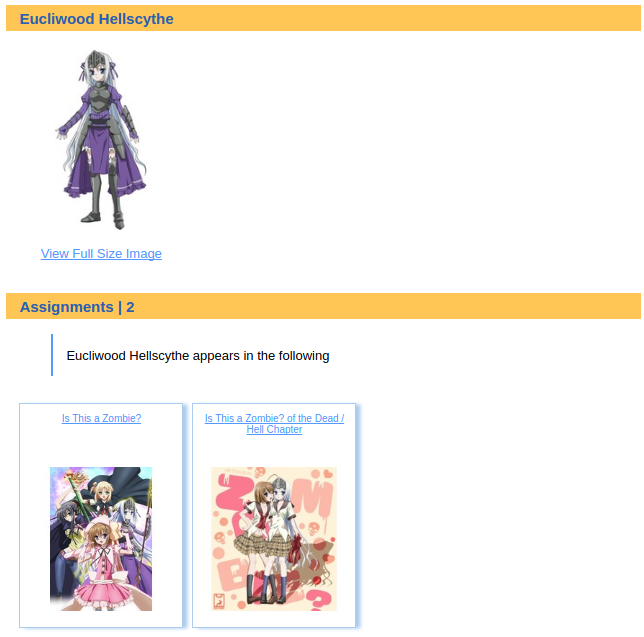 You can also use tags like Armor, Hair Ribbons, etc.

Note: You can use filter to show safe images only, questionable only or everything.

11
What anime is this image of a girl caressing a skeleton from?
4
What is this manga where a girl is told that she's never been seen only as a friend?
-2
Where does the character from this poster come from?
10
What anime is this winking girl from?
6
Can anyone tell me what anime this nekomimi girl is from?
6
What is the name of this anime with nekomimi?
6
Who are the sibling groups in this picture?
8
From what series is this odd lolicon poster?
6
Which anime is this woobie taken from?
4
What is the name of the anime this pink-haired girl is from?
See more linked questions

7
Is there a mobile app where you can read manga as well as watch anime from?
6
Where can I find the transcripts of anime episodes online?
8
When I use online manga readers, does the mangaka get any income from it?
0
Where I can find this anime's ( Kennel Tokorozawa) all English subtitled Episodes? it's an OVA (1992 anime)
4
Are there any numbers (estimates) for how many anime shows have been adapted from manga, light novels, visual novels, and games?