In Chuunibyou demo Koi ga Shitai, Rikka refers to herself as 邪王真眼 (Jaou Shingan). Wikipedia says this translates literally to "True Eye of the Evil King". 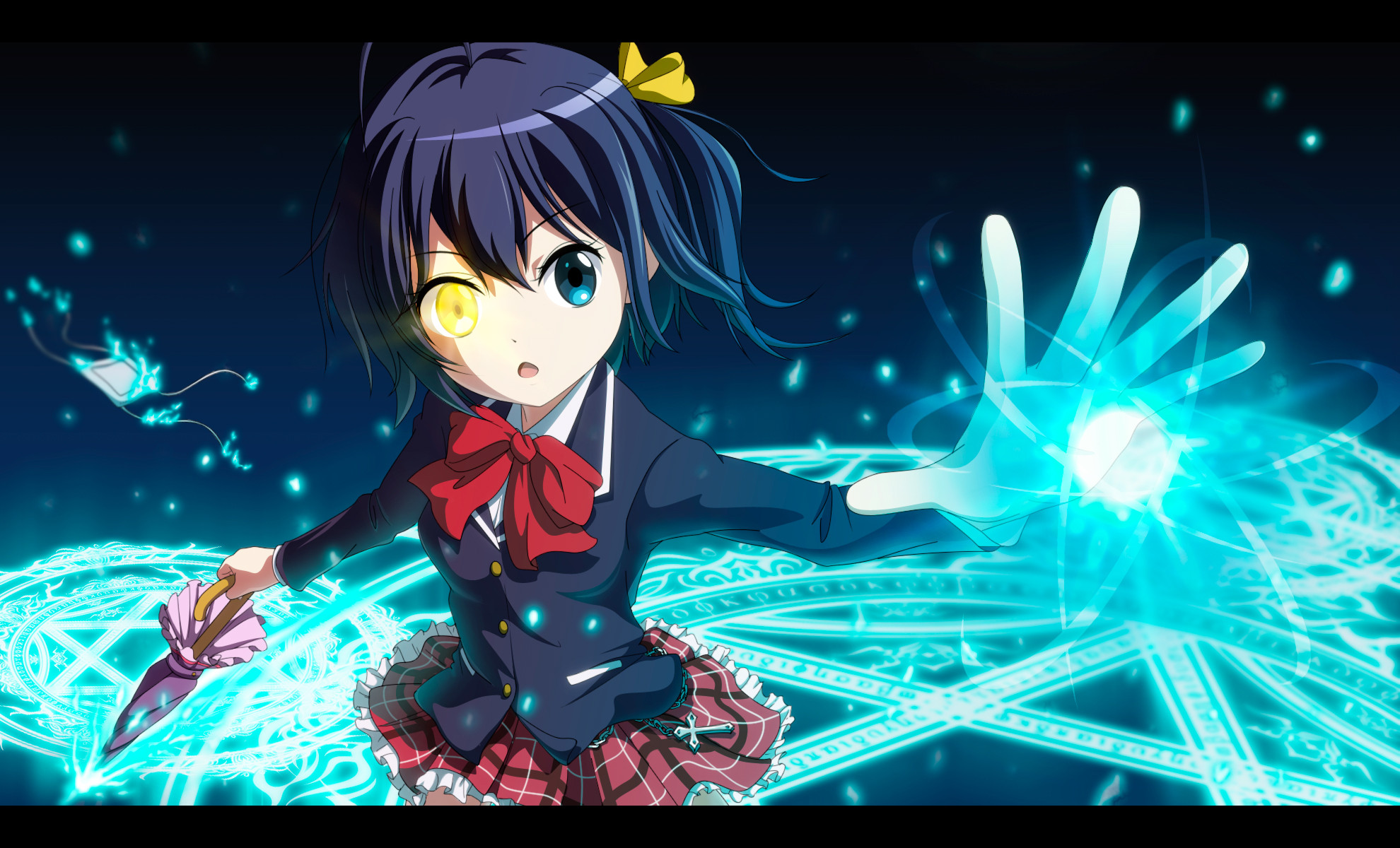 A while back, I watched a fansub which translated it as 'Tyrant's Eye'. I'm now watching the official Sentai Filmworks translation, which I've so far been pretty underwhelmed by. The official translation uses 'Wicked Lord Shingan', as if jaou is a title and shingan is a name.

japanese-language love-chunibyo-and-other-delusions
Share
Improve this question
asked May 19, 2015 at 19:13

The Wikipedia translation "True Eye of the Evil King" is a character-for-character translation of 邪 ja "evil", 王 ou "king", 真 shin "true", and 眼 gan "eye". The fansub translation "Tyrant's Eye" is, as you say, a nice localization of that, where we view jaou ~"tyrant" as an attributive modifier for shingan ~"eye".

Sentai's translation appears to proceed along the same lines: they view jaou ~"Wicked Lord" as attributively modifying this thing called shingan (i.e. what property does shingan have? The property of being a wicked lord, of course). And, in fact, if you were presented with the phrase jaou shingan completely devoid of context, Sentai's translation is not obviously wrong - it could well be that shingan is the name of some being who is a wicked lord or somesuch (in Japanese, unlike in English, proper nouns are not always easily distinguished from common nouns, particularly when it comes to edgy chuuni things). Indeed, one might be inclined to translate it this way as a parallel to structurally-similar phrases like 魔王サタン maou satan "demon lord Satan", where, of course, "Satan" is a name (though in this case there is no ambiguity, since サタン "Satan" is obviously a loanword).

But the phrase jaou shingan is not devoid of context. As anyone who has watched the show knows, jaou shingan is what Rikka calls her eye. As such, it strikes me as bizarre to treat shingan as a proper noun rather than translating it as "true eye" or something similar.

I think Sentai screwed the pooch on this one.

When translating, they need to find words that fit the amount of syllables the mouths show. They keep it as accurate as possible while still keeping with the mouth flaps. So even though "Tyrant's Eye" may be the most accurate translation, with the amount of mouth flaps in the anime it may be harder to fit and still make sentences that make sense.

Not the answer you're looking for? Browse other questions tagged japanese-language love-chunibyo-and-other-delusions .

18
In what order should I watch the various parts of Love, Chuunibyou & other Delusions?
4
Why would Mori Summer use the same incantation as Tyrant Eye?
9
Why are only some of the characters "color-coded"?
4
Why are reading fairy tales so lewd?
5
Why do people think people with good knife skills are hiding things?
1
Why are Maki and Nobara surprised by Megumi's response that Panda smells like the sun ('ohisama')?