Is Blackbeard afraid of Luffy?

Why does Blackbeard send Burgess to assassinate Luffy? Is he afraid of him? I mean with his 2 Devil Fruit powers, he is overpowered. Even just with his Yami Yami no Mi, he won quite easily against Ace, and now he also has the Gura Gura no Mi and a strong crew.

So is there a special reason for him to kill Luffy? And why not do it himself? Does he fear the D in Luffy's name? 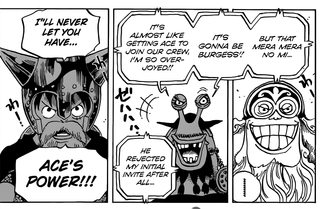 Later when Sabo blew up the colosseum, Burgess realized that Lucy was not Luffy any more, because Luffy already ate a Devil Fruit before and could not eat a second. He just did not know who actually ate the fruit and thought that person would have been long gone by now. That's why he went for the next best thing, not having to go home empty handed. Though, when Sabo showed Burgess, that he had eaten the Fire Fruit, Burgess completely forgot about Luffy and turned his attacks towards Sabo instead, still hoping to get the Fire Fruit eventually. 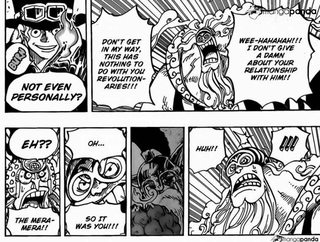 On a side note: Blackbeard never targeted Luffy for personal reasons. He originally wanted to kill Luffy to make a name for himself, but after he became a Warlord, he did not care much for Luffy any more. He could have easily destroyed Luffy at Impel Down, but he had other ambitions by that time, other than the one he had at Mocktown, Jaya.

At the moment I reckon this is all just speculation. I think he wants to kill Luffy because of his ability to inspire the people around him, as often noted by Kuzan.

At the battle of Marineford Luffy continuously inspired the other pirates to rise up and fight, just by being himself. This alone is a force to be reckoned with that could well be used against Blackbeard.

I personally think that he doesn't see luffy worthy enough to be have his personal attention when it comes to the assassination. It's almost the same as Luffy not bothering with alot of minor henchman of the bad guys he encounters. Often the crew just take care of those.

As for the fear of the D in Luffy's name concerned. I highly doubt thats the case, since (spoiler alert)

Time will tell what Oda has in store for us tho

16
Why does Shanks already have his scar at the beginning of One Piece?
9
Why did Sabo eat the Mera Mera no Mi fruit?
8
What factor led Zoro to accept Luffy as Captain?
7
Was Blackbeard strong before eating the Yami Yami no Mi?
4
Why can Devil Fruit users use their abilities while wet?
6
Why couldn't he simply turn into fire and repair the damage?
6
If Blackbeard removes your power do you regain the ability to swim?
9
Has Crocodile already "awakened" his Devil Fruit Power?
3
Does using Devil Fruit powers drain the user's stamina?
4
When did Shanks get scarred by Blackbeard?