What is the background story of Hatsune Miku?

I do understand it is a fictional character, and so I feel there must be a story behind this virtual Diva. I am interested in learning "how" Hatsune Miku became interested in singing.

As is the case with most vocaloids, the company that invented 初音ミク (Hatsune Miku), Crypton Future Media, released an official personal data sheet for Miku; however, this contains her physical and technical traits rather than personality or back story, which intentionally allows the fans to take a role in developing the characterization of the character. She is referred to as a "beloved collaboratively constructed cyber celebrity with a growing user community across the world." Some fans have been allowed to create officially-sponsored costumes for Miku through a design competition for the Sapporo Yuki Matsuri (Snow Festival). It could be said that the clothing design becomes a part of the character's personality (i.e. this is the sort of fashion that Miku would wear).

Additionally, some mangaka of 『りぼん』(Ribon) shoujo manga magazine published by Shuueisha have drawn illustrations of Miku that were included in a 付録 (furoku = freebie) included with an issue of the magazine, and on some special pages printed in the magazine.

Each of these portrayals have different aspects and storylines for Miku, in keeping with the collaborative, undefined nature of vacaloid characters. There is no one background story for Miku. Crypton intentionally encourages fans to create their own songs, music videos, visual novels, doujinshi, fanfiction, fanart, etc. and basically anything is fair game; portrayals that strike a chord with many fans rise in popularity, where fans adopt another fan creator's rendition of Miku into their own image of her character. Miku is who each person wants her to be, which includes limitless options for coming up with her backstory.

Miku is a product. She is made to sing, she has no other purpose in life but to sing. Before being a singing superstar, she didn't exist.

Miku has a version number, she is character version 01 of the singing software Vocaloid. Her tattoo is much like a serial number on a factory product. Factory products don't have back-stories :( 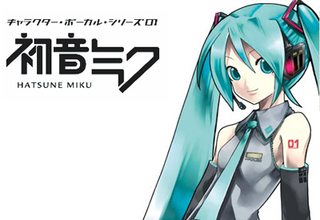 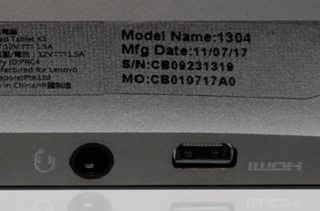 If Miku did have a background story, it would probably be fan-driven and non-canon, as the creators of Miku & Co left their stories purposefully open so that creators could write their own stories - Similarly, they didn't mention what style of music Miku likes or what her aspirations in life are.

Like I said in the comment, official background story for Hatsune Miku doesn't exist. Like pointed by @seijitsu in his answer, Crypton Future Media released only his physical and technical traits. This applies to most other Vocaloids too if not all.

There are various stories about Hatsune Miku on the net. She even have 2 visual novels namely, Mirai no Kimi to, Subete no Uta ni and Mirai no Uta to, Tsunagaru Hitomi. If I remember correctly, one tells about how she got interested in singing. Those visual novels, however, are not official story from Crypton. They are fan made stories released on Comiket.

Depiction of Miku's personal item (ultimate weapon?) the Leek (in Western community) or Negi (in Japanese community) is also based on fan-made videos. It started from the song "Ievan Polka", which is a composer-made song, not a song from Crypton.

You can try checking Nico Nico Douga to find videos of Hatsune Miku daily conducts made with MMD. It has story of her and other Vocaloids like the Kagamine twins, Luka, and Kaito.

14
Is Black Rock Shooter the only anime soundtrack that features vocaloid singers?
14
What is a vocaloid?
26
Why is Miku shown with a leek?
9
How did Miku become so popular?
0
Original song used to make VOICES tilt-six Remix feat. Miku Hatsune?