When did Shinobu enter Araragi's shadow in Tsubasa Cat?

At the beginning of Tsubasa Cat in Bakemonogatari, Mayoi tells Araragi that she saw Shinobu at Mister Doughnut. Araragi doesn't seem to be all that worried though, as Shinobu can't be too far away from him.

When Black Hanekawa is about to kill Araragi, he calls Shinobu for help, where she appears from his shadow and attacks Black Hanekawa. At the end of the last episode, when Araragi is riding on the bike with Senjōgahara, he notes that Shinobu now lives in his shadow.

Between when Mayoi told Araragi where she saw Shinobu and when Shinobu attacked Black Hanekawa, Araragi didn't see Shinobu or even came across her. I am wondering: When did she start to live in his shadow? From the way things played out, she must have been living there the entire time while he was looking for her.

Araragi did go check out Mister Doughnut store Mayoi was talking about, about five minutes into Tsubasa Cat Part 4. 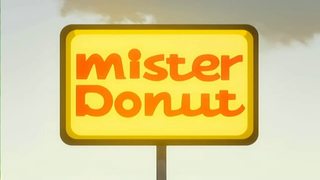 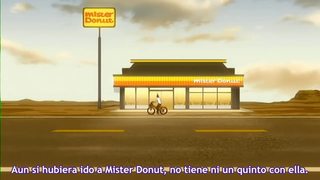 He didn't find her, but this seems like the most plausible time for her to sneak into his shadow without him knowing.

In case of the alternate timeline, Araragi didn't know about that Mister Doughnut, didn't go there and didn't get Shinobu into his shadow.

7
How did Shinobu know where Araragi is when he was attacked by Tsubasa?

4
About Hanekawa, Golden weeks and possession occurences
15
What's up with this Araragi and Nadeko scene in Tsubasa Cat, Part 1 (episode 11)?
13
What's the deal with Shinobu's hat?
13
Are all apparitions on Monogatari based on actual stories?
7
Why does Hanekawa know about Black Hanekawa?
7
How did Shinobu know where Araragi is when he was attacked by Tsubasa?
8
In the Tsubasa Cat arc, when did Hachikuji meet Shinobu?
6
Why didn't Hanekawa want to go home during Mayoi Snail?
3
How does Araragi know Ougi in Mayoi Jiangshi?