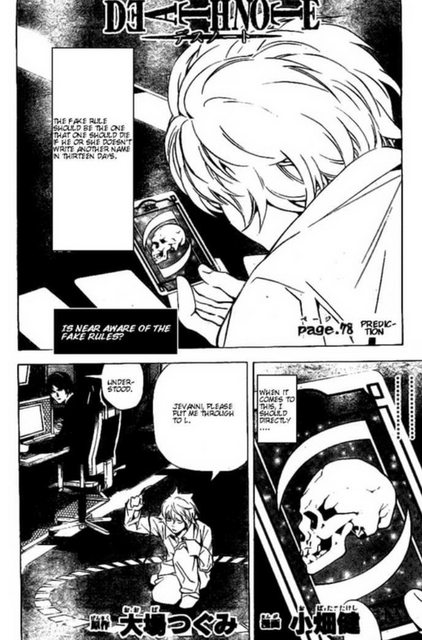 14
Did Yagami Light take a risk while handing over the Death Note to Rem?
44
Why does the Death Note never run out of pages?
10
Why was it that Light's father could see Light's lifespan, while Mikami couldn't see it (which allowed him to deduce that Light was Kira)?
3
Why didn't Light just kill the Task Force?
1
How does Near prove that Light is Kira by seeing Kiyomi's name in Teru's death note?
5
Why does Light Yagami shuffle the two death notes?
8
How does L deduce that Kira needs a name and not just a face?
12
Is Kira (Yagami Light) an antihero or a villain?
3
Was Soichiro Yagami that much close to his natural lifespan?