In Fullmetal Alchemist the door in the Truth realm has a huge symbol with all kinds of things on it: 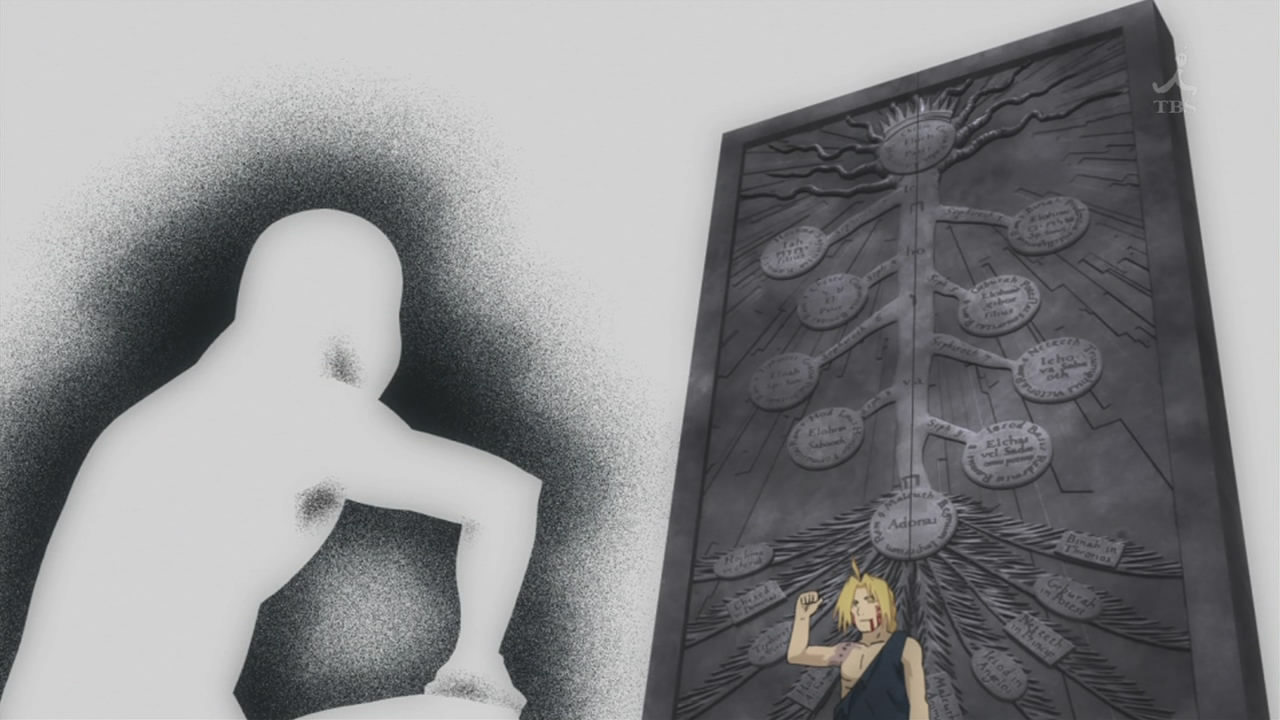 I've seen the opening of Neon Genesis Evangelion today and noticed that the same symbol is shown in the beginning of the opening around 0:10 - 0:13.

I first thought that it was just a random symbol in FMA, but now that I've seen it in the opening of NGE, I believe that it must come from something else since there is no connection between those anime.

What is this symbol, where does it come from and what does it describe?

Here is a more detailed picture of the symbol: 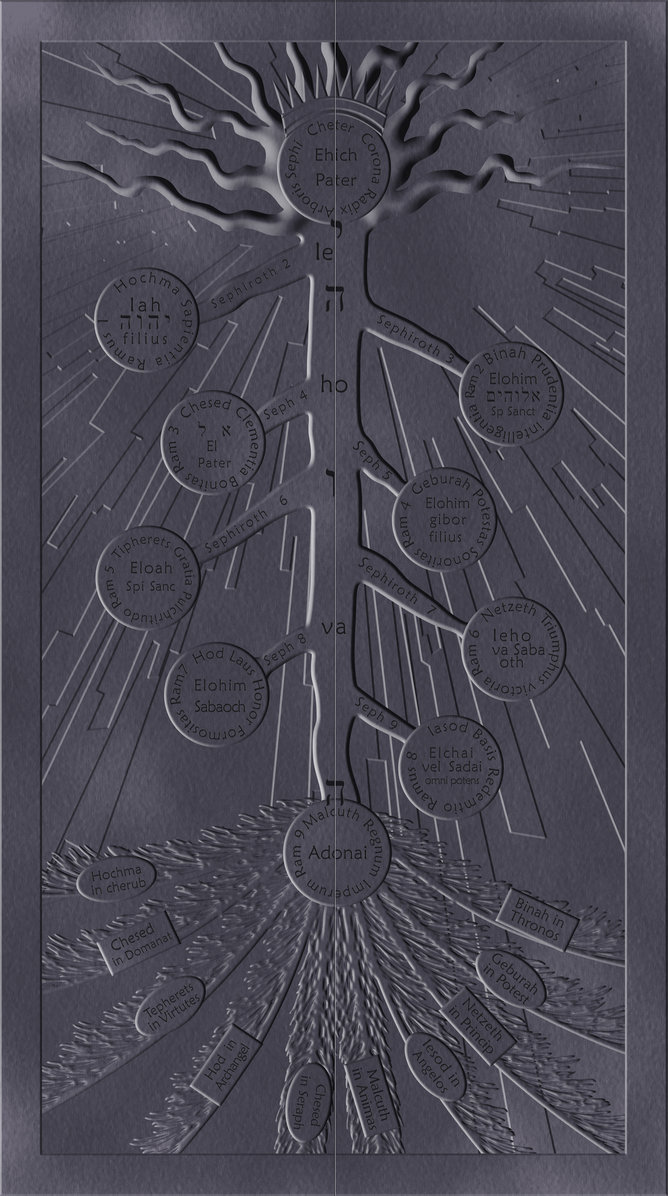 It's a slightly modified version of the Sephirothic Tree of Life as defined by Robert Fludd, who was a physician with interests in Kabbalah and other religious mysticisms. The globes (called Sephiroths) are thought of as being ways in which the universe shows its truths to humanity. They're also printed with the words God used in creating the universe in Genesis. 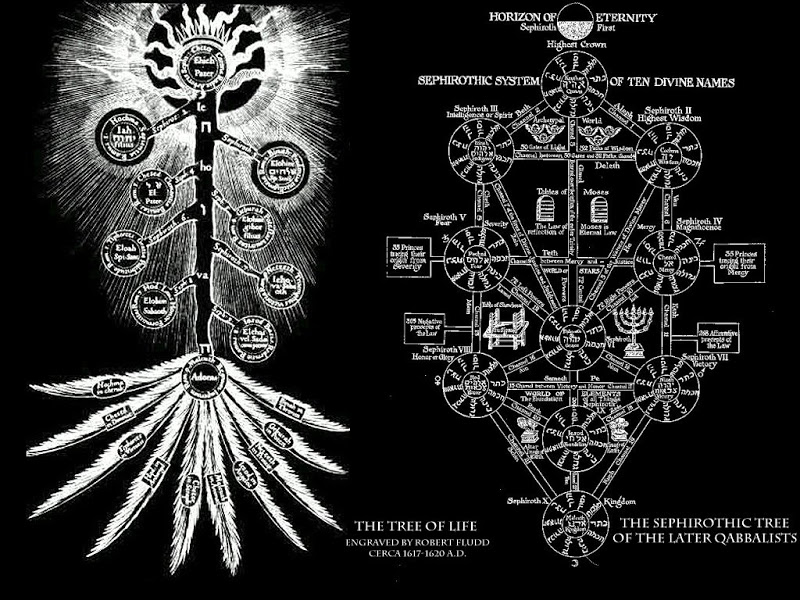 You can read up on it more here, but the basic idea behind it is that it is a mystic symbol representing universal truth -- and the Truth is on the other side of the door in FMA.

In NGE, however, the symbol appears after the Mass Production units form an inverted tree of life, symbolizing the opposite of creation -- destruction, death -- after crucifying Eva 01. This is part of the Third Impact, in which nearly all of humanity is reduced to LCL. You'll find that there's a lot of mystic symbolism in NGE.

The FmA Wikia seems to indicate that the picture is Tree of Life (also known as World Tree or Tree of Emanations or Arber Sephiroteca), as described by a 17th century English Paracelsian physician Robert Fludd. I'm having a hard time finding additional information about the diagram, but the EvaGeeks Wiki has a page that describes the different parts in more detail. It does seem somewhat related to the Sephirot, or Sefirotic Tree as diagrams depicting it are often called. 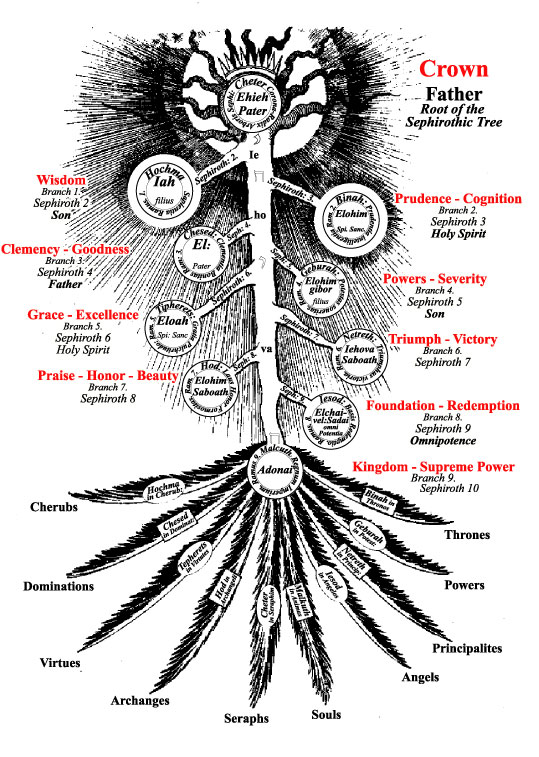 It also seems that this diagram is unique to Edward's Gate, as Alphonse's Gate has a different diagram, from 15th century alchemist George Ripley's text The Marrow of Alchemy. (I wasn't able to find out if the diagram itself has a name). 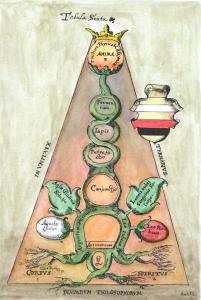 On the door, there is a lot of Hebrew on it. On the bottom, it says 'Adonai' which translates to 'god' and 'Elohim gibor' means 'god is strong' or 'god is brave'.

Also, on Alex Armstrong's fists, 'chasak' is written in Hebrew which means 'strong'.

I feel like this show is more related to Judaism than any other religion by all the Hebrew and Jewish beliefs.

"adonai" in hebrew actually "my master" but its used as gods name. there is also some other names for god in judaism on the door such as "elohim" which means god, "elohim gabor" means god is brave, iah or YHVH also means god, on armstrongs fists it says "chazak" which means strong in hebrew, and the door also says "el" which is also a name for god usually put at the end of a word. for example, samuel in hebrew means "god heard" or "god listened". it also says "cherub" on the door and a cherub or the "cherubim" are the little angel thing thing on the ark of god or ark of the covenant which is basically a really holy large box made of gold that holds the tablets with the ten commandments and some other stuff.

Not the answer you're looking for? Browse other questions tagged fullmetal-alchemist-series neon-genesis-evangelion .

2
Where is this kind of pictures originated from?
2
What is depicted on the gate shown in episode 63 of Brotherhood?