Thematic or mood effects of shadow placement on a character's face?

Not sure if this is on topic here as it's not a question about a specific manga... or even specifically about manga, but about comic books in general.

The use of shadow is important for conveying lots of different things... mood of a person, setting or simply for dramatic effect. I am wondering specifically, in a close up shot of a face in the classic 3/4 position, what is the difference if the face is in shadow in the foreground versus on the background side?

Here is my poorly drawn example of what I am thinking in my head: 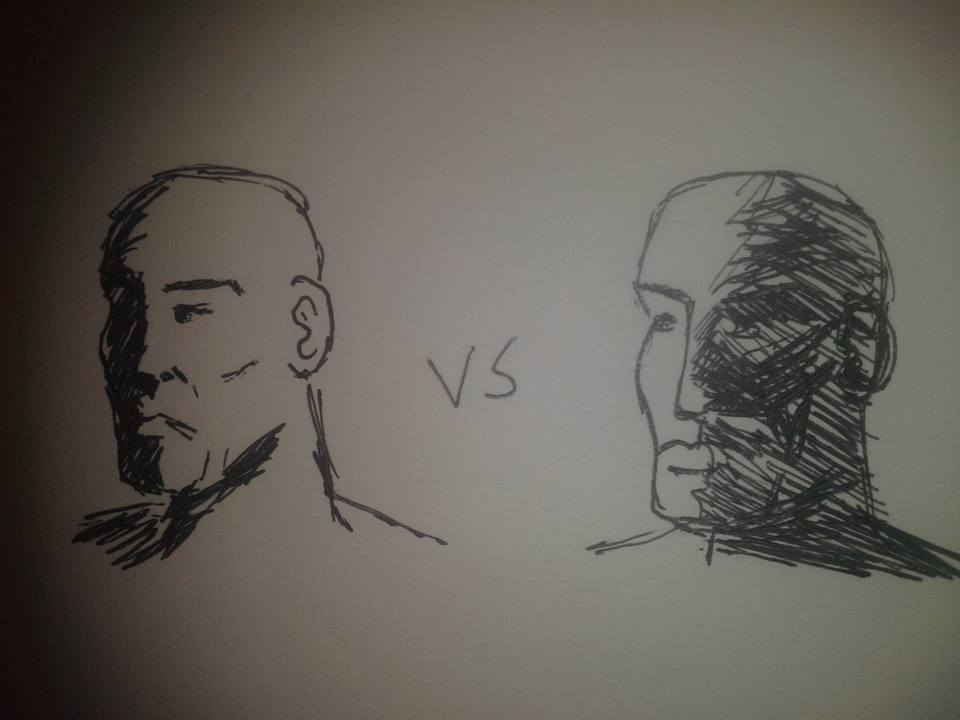 I tried to draw a neutral expression but they both kinda look upset... so try not to base the answer on the facial expression, just shadow placement.

What are the thematic/mood/emotional response differences to the audience when using those lighting patterns?

In real life, the shading on a face (or anywhere on the human body, animals, plants, and inanimate objects) is merely a case of the direction of light hitting it. In illustration, the realistic way is most common: the mangaka or animation aims to highlight and shadow according to the light source in the scene. 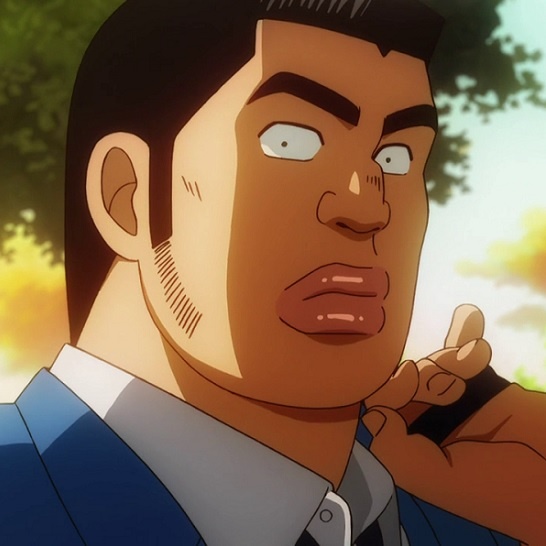 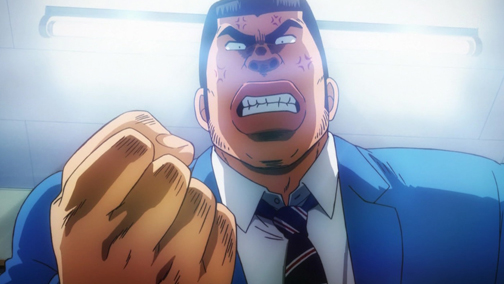 However, in some instances, a shadowing which is not primarily based on the placement of the light source can be employed to convey emotion or lack thereof. The most common variety is to shade the forehead and eye area of a character's face. This is partly accurate to the light source, assuming the light source is generally coming from above: considering that a character who is angry, fuming, plotting something evil, sad, dejected, alarmed, or stunned might tilt their head downward. However, its main purpose is to convey that the character's emotions are not being revealed at the present moment, in order to generate suspense (i.e. "What is he thinking?!" or "How is she gonna react?!"). To shade this area conveys that the character is clouded by an emotion but the audience has not yet been shown exactly what that emotion is. Often, the character will dramatically snap his/her head up after the effect, letting the audience abruptly know what he/she was thinking during that head-downward period. 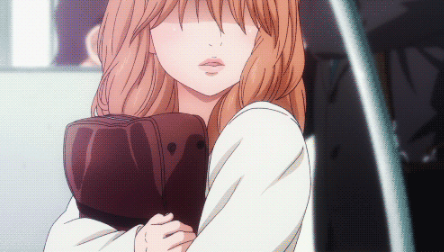 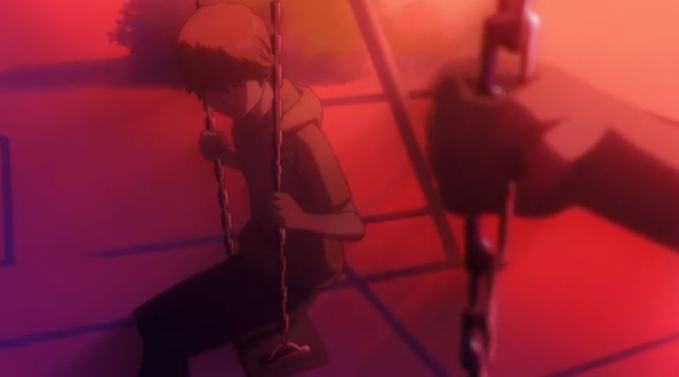 Since the eyes convey the most emotion, it is possible to achieve this by only shadowing the eye area. Alternately, it is also common to achieve the same effect by simply using the character's bangs to temporarily cover his/her eyes. 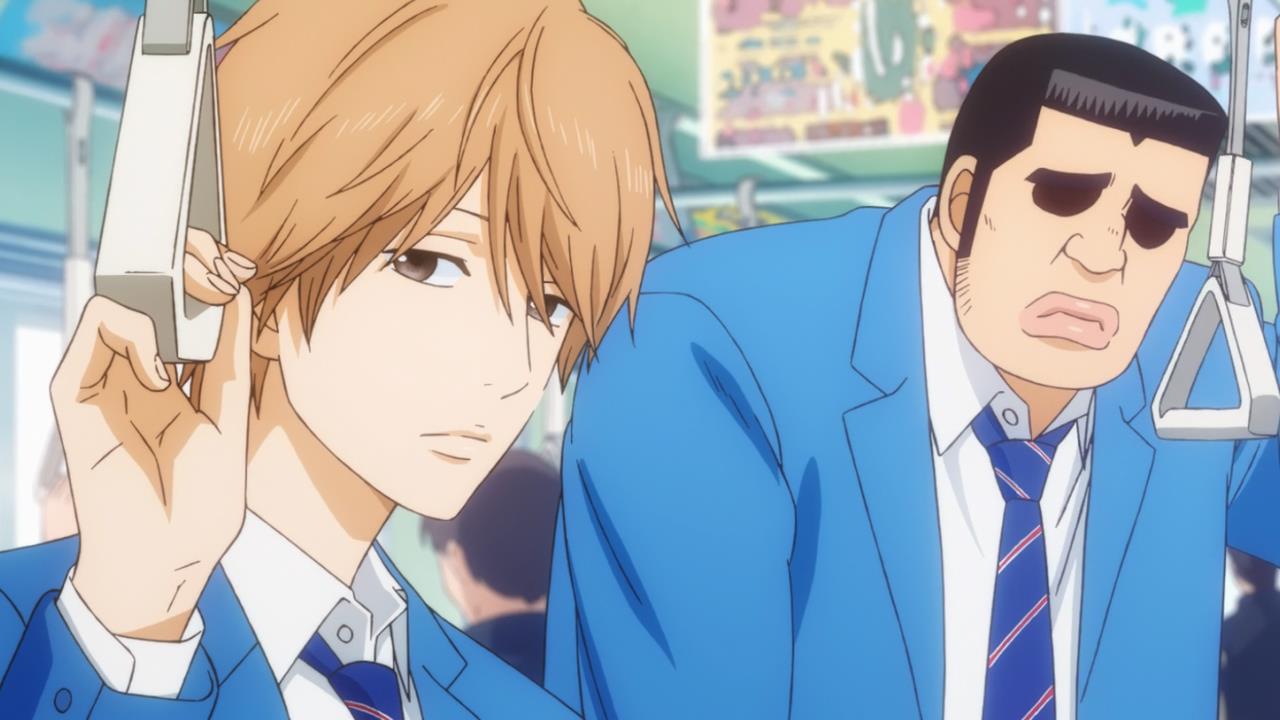 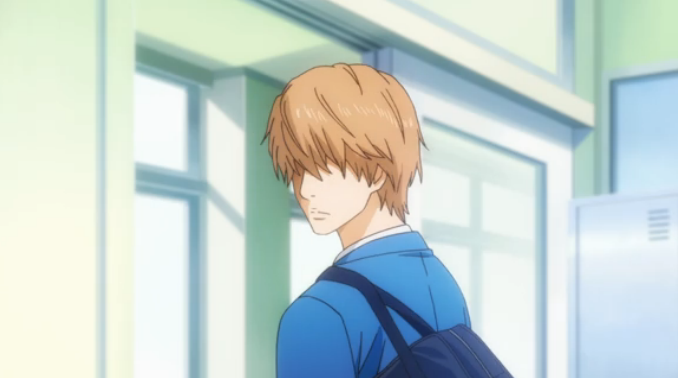 In manga, there is also a practice of using a shadowing which can go against the placement of the light source. If the face is mostly dark, the character is feeling evil or dark thoughts which have not been shown to the other characters (only the audience is able to see that the character's feelings are covered by a "mask" of darkness; the other characters in the scene usually cannot detect that the face is darkened). Alternately, a character might be shown with dark shadowing if the audience is supposed to assume that he/she is thinking something bad, but then later it will be revealed that he/she was merely in deep thought/stewing over something/puzzling over something/concerned about something unrelated to the current topic of the scene. Another meaning is to depict the character as menacing or possibly scary. 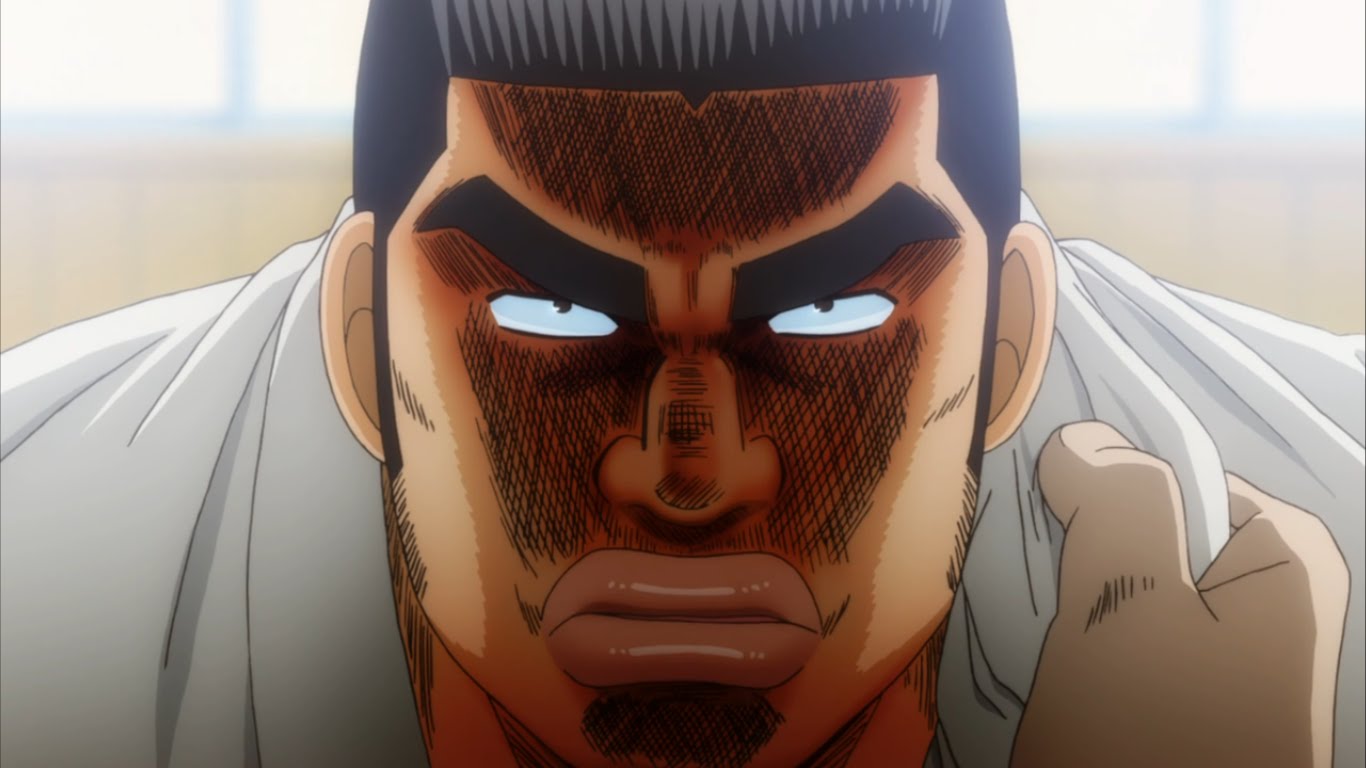 One common use of forehead shadowing is to express distress, mortification, or utter shock. This can be drawn with vertical lines in combination with or instead of shadowing. 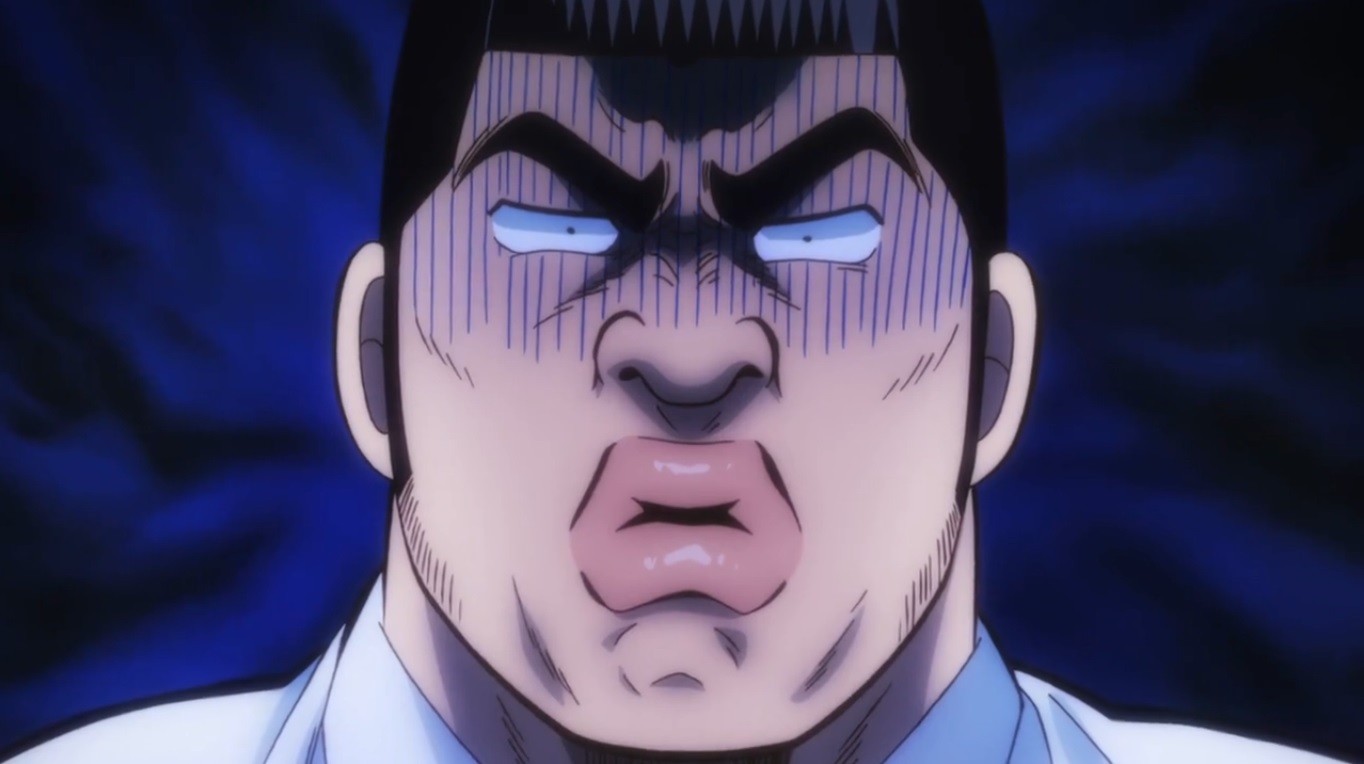 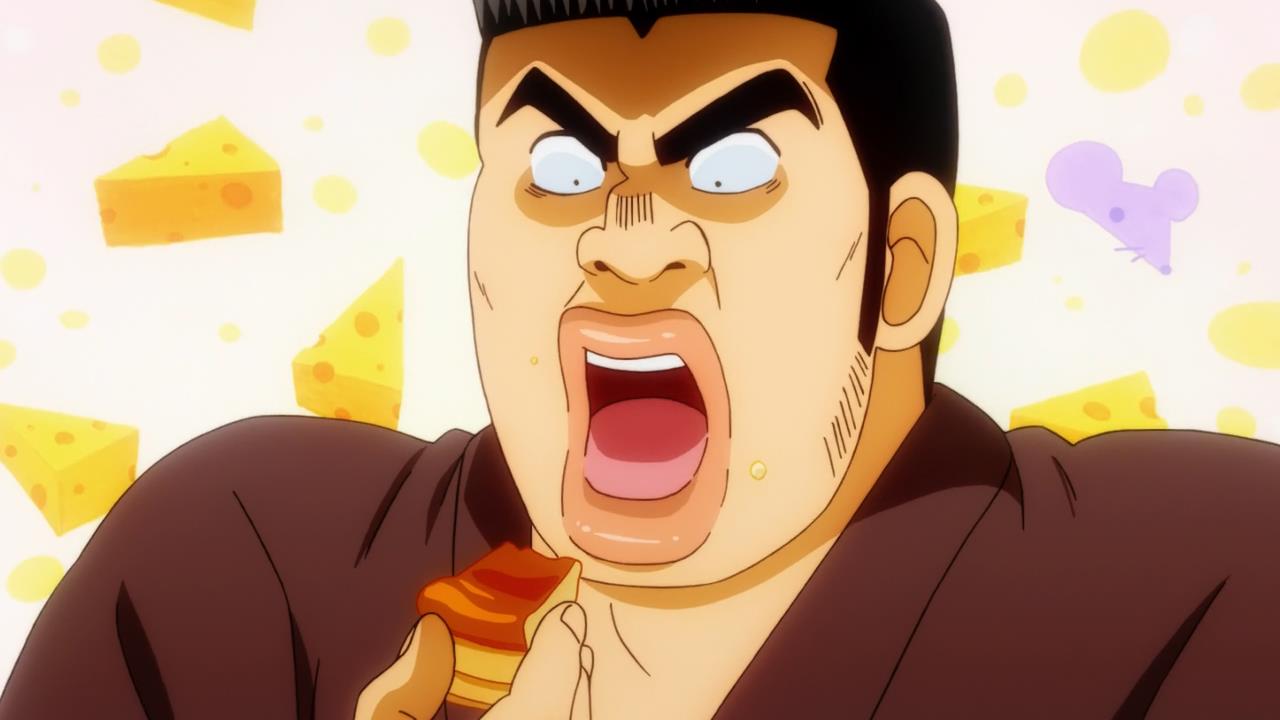