Kekkai Sensen ep9, meaning of “playing it backwards in double-time/fast-forward”?

5:54 Zapp said "What's he doin', playing it backwards in fast-forward?" You could replace fast-forward with double-time according to another set of subtitles. He was referring to the vampire, but the vampire wasn't even doing anything. What exactly does it mean?

The vampire they were fighting was regenerating (I guess "playing it backwards" as in "reverting to a prior, unhurt state") quickly ("in double-time").

He had previously been severely injured by crashing into the skyscraper and by Klaus's attack. Note that about 30 seconds prior (in video time, not necessarily in-show time), he looked like this: 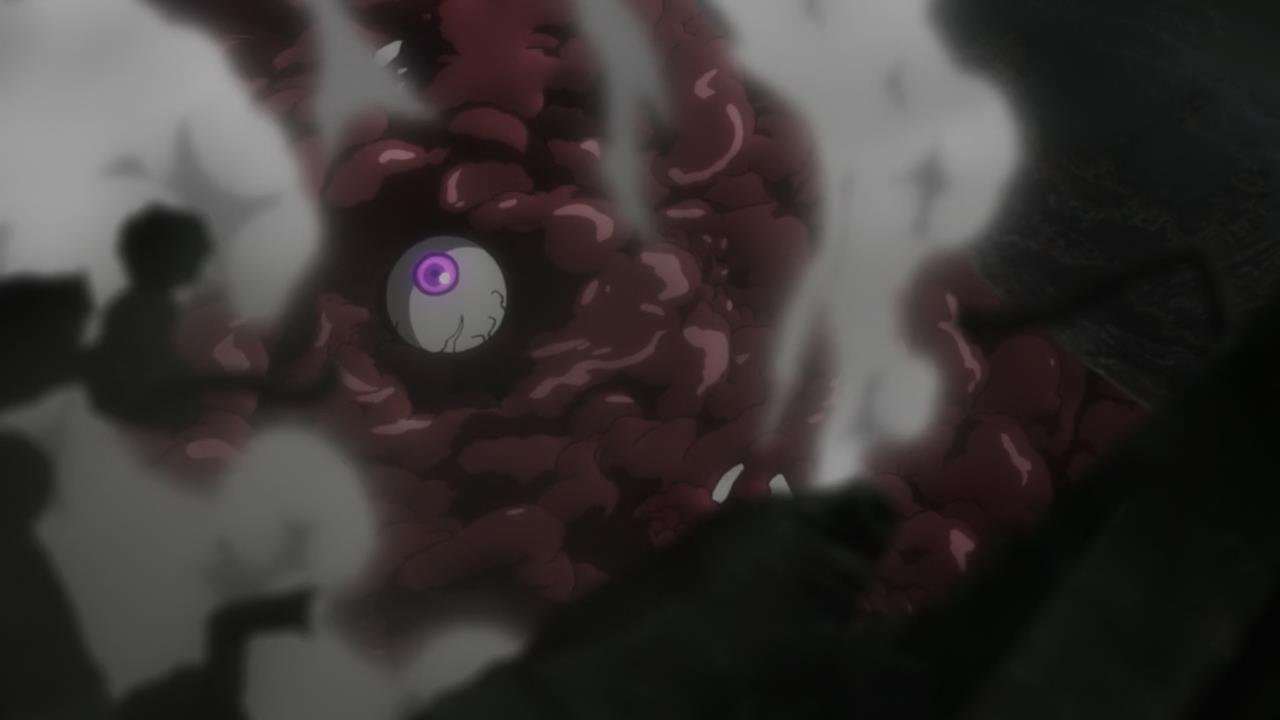 I think there's a kernel of a pun in here. Zapp says 逆再生の早回しかよ gyaku-saisei no hayamawashi ka yo. The word 再生 saisei has two meanings. One, "play" as in "to play a video". Two, "regenerate" or "come back to life". The prefixal 逆 gyaku means "the opposite of" or "reversed". So whereas a regular creature regenerating might be "coming back to life", an eldritch undead abomination like a vampire might instead be "coming back to life backwards" - gyaku-saisei, which is also the word you'd use for "to play a video backwards".

I'm kind of reaching here, though; I'm not sure whether that was the intention.

Not the answer you're looking for? Browse other questions tagged kekkai-sensen or ask your own question.

14
Why is episode 12 of Kekkai Sensen severely delayed?