What happened to the Sector 6 Plate?

In Final Fantasy VII when infiltrating Shinra H.Q there is a puzzle where one has to complete a model of Midgar, when examining Sector 6 it says that it's being rebuilt.

When Cloud's team eavesdrop on the meeting with President Shinra, Scarlet, Heidegger and Reeves they mention that they are stopping reconstruction of Sector 6 to focus on the Neo Midgar Plan (now that Aerith could lead them to the Promised Land).

This has always confused me as I always thought that Midgar was a completed city and that only the Sector 7 plate was destroyed in the early events of the game. So what happened to the Sector 6 Plate?

I don't know what the writers had in mind for this at the time that scene was written in Final Fantasy VII when it came out in 1997, but the 2004 cell phone game Before Crisis -Final Fantasy VII- explains how Sector 6 was destroyed. This game was never released in English, so I'm relying on the wikia for this information.

In that game, the player controls a member of the Turks during their conflict with AVALANCHE six years before the start of Final Fantasy VII. AVALANCHE takes in a girl called Felicia who was implanted with a materia by Hojo. The materia was supposed to be able to summon a creature called Zirconiade, but summoning Zirconiade required four support materia, which Hojo didn't know, so he pronounced the experiment a failure and threw Felicia out. She was taken in by AVALANCHE. Fuhito, a scientist for AVALANCHE, figures out that Zirconiade needs the four support materia to be summoned, so the group starts tracking them down in order to summon Zirconiade and destroy all life on the planet. 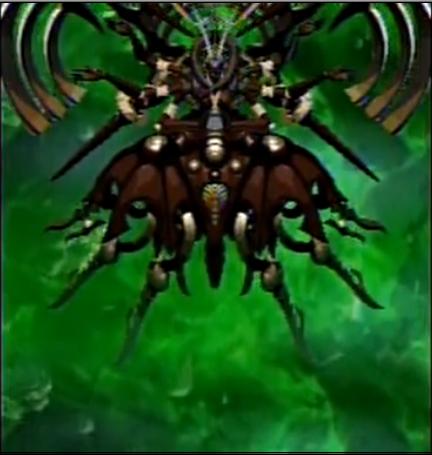 At the end of the game, Fuhito manages to summon Zirconiade and the Turks fight it as the final boss. Its destruction creates a massive shockwave which destroys the Sector 6 plate. Six years later, during Final Fantasy VII, much of the Sector 6 slums is still wrecked and full of monsters, but some parts, including the Wall Market, are habitable. It isn't clear from the wikia whether these parts escaped destruction or if they were rebuilt in the intervening years.

3
Are the final fantasy mangas spinoffs or retellings?
4
Which came first, The Blitzball Sign for Victory or the Yevon Prayer?
3
What was it that Yevon did to the Al Bhed?
1
What is being said during the Siege on Home?
3
What does "when nine and nine meet nine" mean?
3
What is the logic behind Sephiroth's forms?
5
Why Tifa is conscious in The Last Order?
1
What happened to Dr. Cid in Giruvegan?
1
Why does The Invincible take the form of an eye?