Why don't the citizens use the underground port and factory to escape the Birdcage?

People can use the lift to go down. The Birdcage wouldn't possibly be deep enough. Also, the cage won't do any harm since it is a port and there is sea-water. The path can be created by any strong character to lead to the uderground place like Fujitora, Chin Jao, etc.

Also the Scrapheap where Kanjuro was held could also be used for refuge!

This is the depth of the underground space: 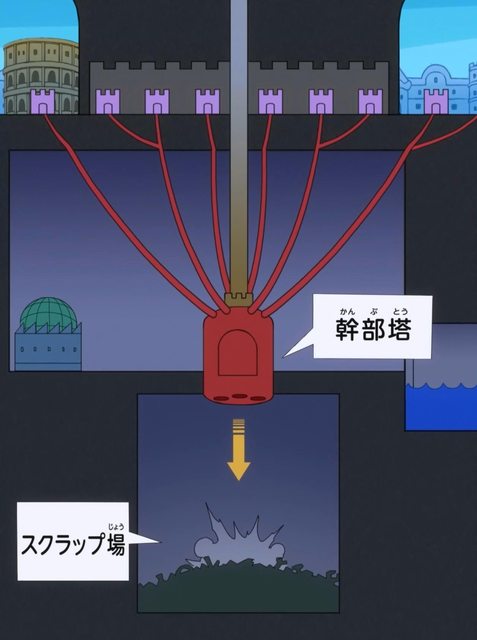 Why isn't Oda using it? 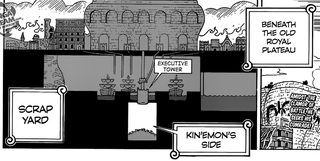 Dressrosa is a pretty big country and is in a state of confusion. Aside from the fact that they just wouldn't all fit in there, most citizens take the most logical decision and that is running away from the most imminent treat. Those at the suburbs would notice the cage coming closer and would run towards the city center, while those at the city center, would see the Donquixote family being close and would try to run towards the cage as they don't know it is closing in and is as sharp as it is. The citizens are powerless and would just run until this is all over.

Additionally, the tunnel under Dressrosa is filled with water, so they either have to swim out of there, or take a boat. Since there are many people that cannot swim (elderly, kids, even adults, Devil Fruit users), they should all be carried or taken on a ship. Yet most citizens don't even know how to navigate a ship and there just are not enough ships available to carry everybody. So in any case many would have to be left behind.

When they would eventually reach the outskirts of the country, they should go somewhere. Yet they are in open sea, so there is nowhere to go. The only thing they could do is, build a tunnel upwards or make a net to climb the huge boulders and wait until the fight is over. While this on its own sounds very unlikely to be done, when they get out, Doflamingo would just redo the birdcage over the entire island, destroy the tunnel/net and start over from the beginning.

3
Why does the use of Haki turn part of your body black?
12
Why can't the birdcage be cut?
4
In the Dressrosa Arc, why doesn't Luffy use Gear Second to quickly reach Doflamingo?
1
Why does Zoro's "1080 Pound Phoenix" use the term "pound" instead of "kilogram"?
9
Why was the straw hat passed to Shanks and then to Luffy?
6
Why couldn't he simply turn into fire and repair the damage?
10
What are the similarities between Gol D. Roger and Monkey D. Luffy? Are they related by blood? What are their relatives' ages?
0
Why is Law unable to use Shambles against Doflamingo and simply drown him in the ocean?
2
Did both Crocodile and Smoker use the artificial rain powder in Alabasta?
0
Why can only Luffy and some few characters can use Emperor's Haki?