Was Naruto's design inspired by Goku's? 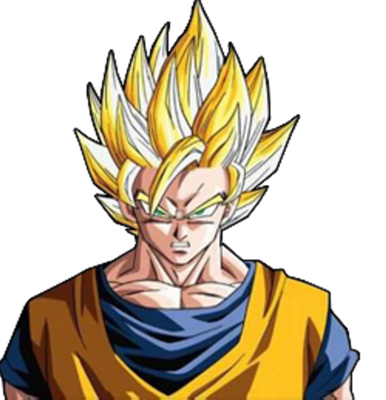 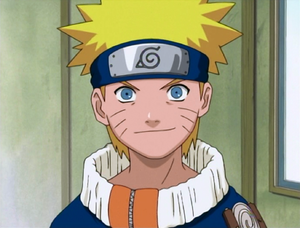 Comparing Naruto and Goku, we can see that Naruto has the same hair and eye color as Goku from his Super Saiyan form and also, their jumpsuit color schemes are similar.

To put it precisely, no. As @Gao mentions in his comment, the difference in appearance between the two is obvious enough, keeping their clothing similarity aside. Moreover, Naruto and Goku exist in different series universes and hence they're not clones of each other.

However, the similarity between the characters are astonishingly similar.

This is because Masashi Kishimoto, the creator of the Naruto series, was deeply inspired by Akira Toriyama's (creator of Dragon Ball series) works. Kishimoto often describes how Toriyama's works influenced him and encouraged his own works.

Q: When was the first time that you thought of becoming a mangaka, and why?

Masashi Kishimoto: At some point between second and fourth grade I got into Akira Toriyama Sensei’s Dr. Slump anime and Dragon Ball manga. I loved his characters. I was especially attached to Dr. Slump’s Arale and Dragon Ball’s Goku. Also, his art really appealed to me. There was something about his cartoony drawing style that felt right, more so than realistic drawings. I thought to myself, I want to become like Toriyama Sensei.

Masashi Kishimoto openly admits that the character Naruto is inspired by the hero of Dragon Ball, Goku.

Kishimoto cites Akira Toriyama's Dragon Ball series as one of his influences, noting that Goku, the protagonist, was a key factor when creating Naruto Uzumaki due to his energetic and mischievous personality.

As for the clothing, both the characters are often portrayed in orange-blue color schemes (although it changes series wise). The reason for this uncommon combination is, to make the character appear more active and pop out to the viewers.

Basic complementary color theory states that when two contrasting colors are put together, they "pop," so the natural technique is to color films to have a strong, contrasting palette.

Bright color schemes are used so that the character would certainly catch people's attention.

The orange in his costume makes Naruto "pop" and the blue parts are often used as complements.

Also, as I have mentioned above, Naruto was deeply influenced by Goku. Therefore their are very similar (that includes the color schemes too).

For more details regarding the creation and concept of the two characters, check out their Wikia articles:

Not the answer you're looking for? Browse other questions tagged naruto dragon-ball or ask your own question.

12
When did Kakashi and Obito awaken their Mangekyou Sharingan?
3
Was Krillin based on the Turkish folk character Keloglan?
5
Do both Kamui Sharingans share one dimension?
2
What is the song when Sakura sees Naruto's fox form in “Naruto Shippuden” episode 43?
4
Why didn't Naruto's arm grow by itself like Madara or Kaguya?
5
What are the dots inside the eyes when someone uses Sharingan?
3
At what point did the Kurama stop sucking Naruto's chakra?