Why does Alucard have so many eyes?

When showing his power, Alucard tends to exhibit multiple extra eyes. I'm wondering if this signifies something. I've seen this trope in other Anime before when somebody or something is being shown as being powerful and creepy. I want to know if there's some sort of deeper meaning than that. 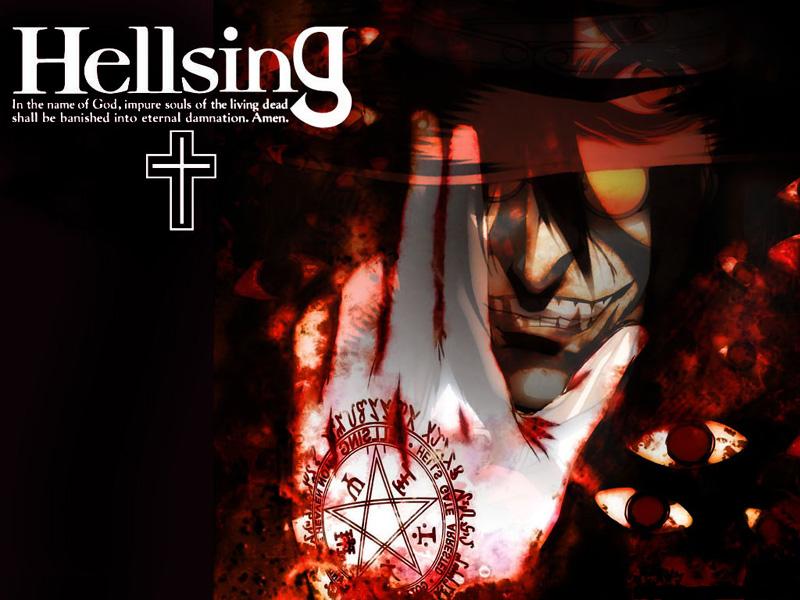 Alucard has so called release states those make him less weak. In the manga (Chapter 9 Page 23), when he uses them the first time, you can clearly see that a lot of eyes open on his whole body. The eyes that you see on the picture are most likely the same ones. The reason why he has them is unknown.

It could be that all those eyes belonged to other humans that he consumed during his lifetime. However, this is just an assumption.

The way I understand it, is that the vampires in the Hellsing series (at least Alucard and Seras) have a third eye. This allows them to see things far better than a human. Perhaps Alucard has multiple "third eyes" that make him able to see attacks coming from every where.

It's kinda like how people say that mom's can see from the back of their heads.

Prenote: in America, we generally use the mouth to denote extract other people's emotion, but in Japan and other oriental nations, they generally look at the eyes because it is harder to fake. Thus comes the saying, "the eye is the window to the soul."

That being said, I believe Hellsing takes it one step further, that being that the eyes are the soul.

Vampires are said to possess a third eye that lets them have near out of body experiences when using it, and I believe the difference between a standard vampire and Alucard is the manner in which they feed.

For most vampires, the only soul they will accept into their being is their own, therefore the only eye they gain is the third one. This causes Alucard's disdain for them not being a true Vampire. However, Alucard accepts the souls he feeds on into his being allowing for the growth of additional eyes and additional power.

Therefore, the eyes we see in the show are just some of the people he has consumed and accepted.

19
Is there any way to kill Alucard?
4
How old is Alucard?
9
Why is the name “Harkonnen” used on Seras' cannon in Hellsing?
12
How does Hellsing (2001) relate to Hellsing (2006)?
5
Why did Walter want to kill Alucard in Hellsing Ultimate?
0
Does the Hellsing manga cover more material than either anime series?
1
Which song plays when Alucard walks in the forest in episode 1 of Hellsing original?
3
What does Alucard's hand symbol mean?