How can I tell if an anime figure is a fake?

I've been warned lots of times to make sure figures aren't fake before buying them. Mostly conventions have strict policies about this with the allowed vendors - but occasionally I see people complaining about one stall selling fake merchandise.

I can usually tell with obvious fakes, but it seems to me that fakes are getting less and less distinctive.

Could someone provide some helpful information about making sure I can avoid fake figures, and stick with the official ones?

Japanese companies are very unlikely to sell you a bootleg, so if you are concerned about shelling out your hard-earned cash on the real thing, you can have more peace-of-mind if you purchase from a Japanese store, its online website, or its Rakuten online shop. Even if you are buying a used figure from Mandarake, you will know the staff have already inspected and verified it as being, to the best of their knowledge, an authentic figure. Another option is to bid on Yahoo Japan Auctions, where most sellers are Japanese (some are real stores that also have an online auction presence, but many are individuals); since the Japanese generally have a strong ethic regarding honesty about their products, you can also have the piece of mind that virtually none of the sellers are trying to swindle you (I have purchased well over a hundred items from sellers there with no problems. If a seller has any concerns whatsoever about the condition of the product, they will explain this in the item description and/or advise to carefully inspect the uploaded photos; they lean towards cautioning potential bidders not to bid if you have any possible qualms about the item: in all such disclaimers cases for the dozens of items I have won, only 1 of them was actually in poor condition as the seller had mentioned. In all the thousands of auction listings I have perused, I have not come across any bootleg items. This is not to claim that none ever crop up, but there is not as much to worry about as when buying from eBay or at a convention outside of Japan). Most Japanese auction sellers do not personally ship to overseas customers, so if you do not have an address within Japan, you can use a proxy bidding service.

If you are in a situation where you're looking at the figure and you don't have a chance to investigate online before buying (or not):

As an example, here's a helpful review of a Sailor Saturn figure posted on MyFigureCollection.net and the corresponding article "Identifying SHFiguarts Sailor Moon Series Bootlegs" at the fansite Sailor Moon Collection.

An official figure box (the Toei animation gold sticker, the real logo ["Sailormoon World" is the official logo created for the 20th anniversary merchandise, not one of the original TV series official logos], the copyright info at the bottom edge, standard pattern to the lettering font): 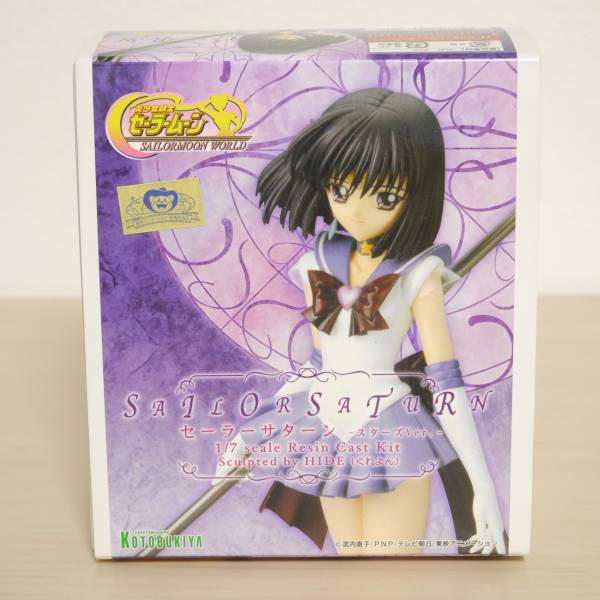 What a garage kit figure looks like pre-painted (cream-colored pieces): 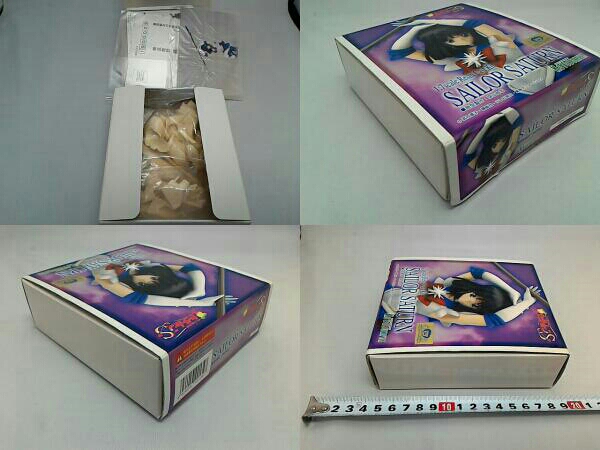 What a garage kit figure looks like after being painted by someone: 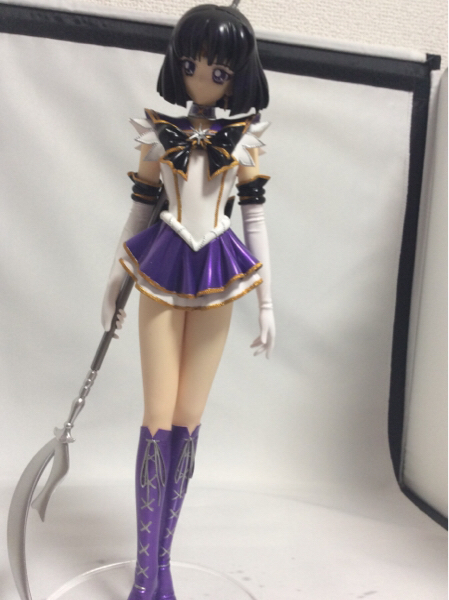 To identify for fake goods, sometimes you'll have to check the official website for how the goods actually looks like. This is not always available though as not all company provides pictures of the goods in their website. GOOD SMILE is one of the companies that do. You can check it here.

Basically the fakes are of lower quality. If its sculpting is not perfectly smooth, colors are different from what they are depicted in the anime (even a little difference is a clue), weird joints, cheaper than what is should be (not always since some shops sells their fake goods with the price of the official ones), then it is very likely that it is a fake goods.

Whilst MyFigureCollection is a great place to source these figurines, it's worth noting it's not 100% guaranteed to stop fakes from filtering through, one common issue at Comic & Anime conventions is that stalls which sell official figurines will also sell fake figurines for a much lower price with the illusion that you're getting a discount.

My biggest tips I've read about are the following:

Not the answer you're looking for? Browse other questions tagged merchandise conventions or ask your own question.

8
Where can I buy Anime/Manga based Jigsaw Puzzles?
4
Can anyone help me identify this Anime piece?
11
Where can I buy anime cel sheets?
14
I bought a figure of a girl with a baseball bat, but I don't know who of
6
What anime is this female anime figure in blue uniform from?
5
Can somebody please tell me who this figure is and where it is from?
19
Social etiquette in anime/manga/pop culture Japan conventions
2
Who is this figure of an orange-haired schoolgirl?