What is the Ape Titan's identity?

This man is shown to be the Beast Titan. Who is he? A member of the royal family, maybe?

Spoilers below for chapter 70 of the manga: 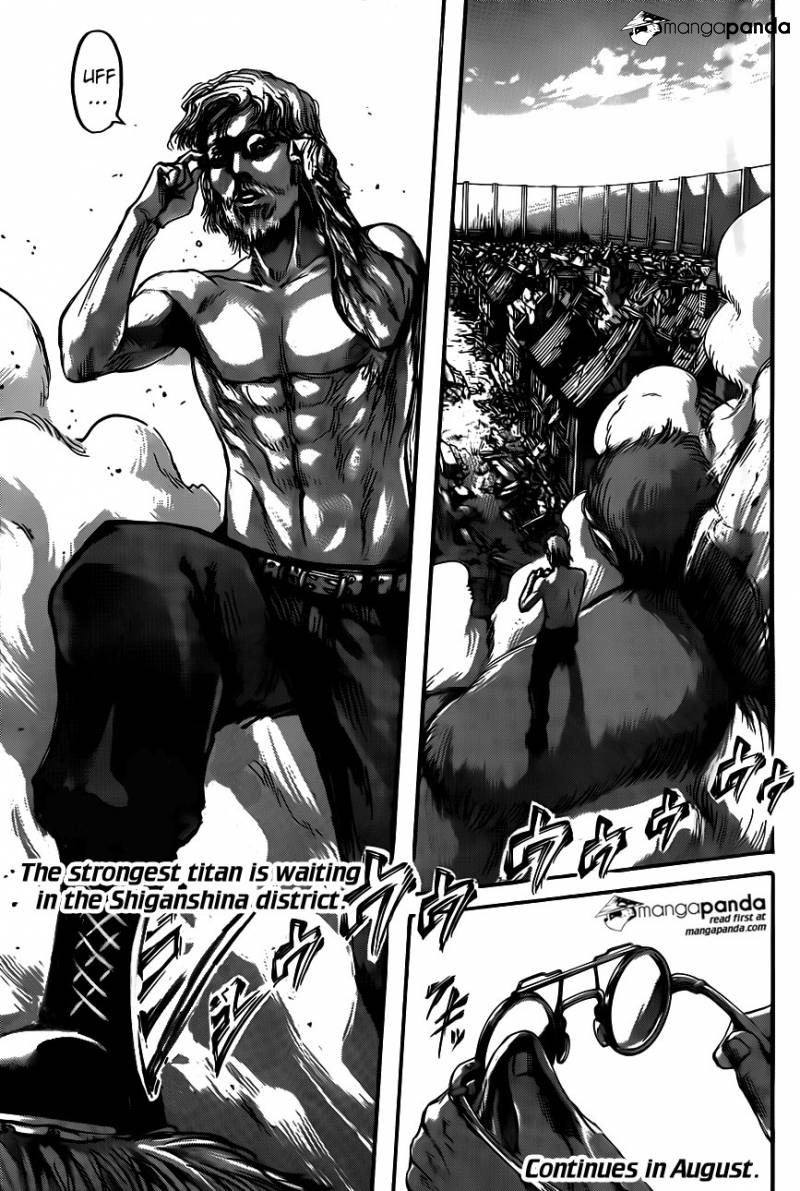 As of now, the Beast Titan's identity is a secret known to only Hajime Isayama.

This answer is a heavy spoiler, read at your own risk.

The only things disclosed about him are:

1. His appearance, in both Titan form and human form.

In his Titan form, he is an extremely unusual specimen, having a distinct, ape-like appearance. His body structure and facial features are like that of a human's; he walks upright like one also. He stands at a previously unseen 17 meters in height. Dark fur covers the large majority of his body, with the exception of his face, hands, feet, and torso. His arms are also elongated, with long fingers and fully-functional thumbs. The proportions of his upper body are similar to those of the Colossal Titan, possessing a massive chest and small head, as well as unusually slim arms. He is also one of the few Titans known to have the ability of sentient communication with humans, including use of the human language while in Titan form. 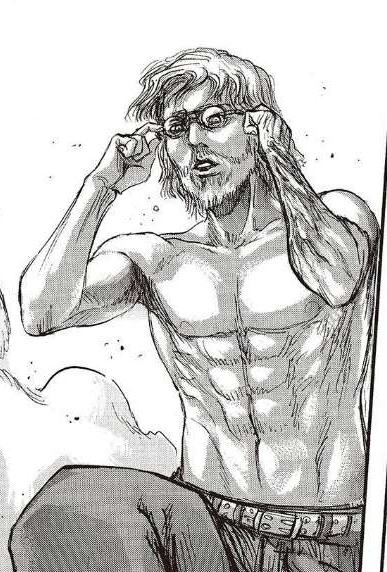 In his human form, he has a well toned body, light white skin, shaggy blonde hair and a matching moustache that transcends down into his beard. He was seen wearing no shirt, loose pants, combat boots, and circular glasses. He has a large scar running down his left arm.

2. His ability to converse with humans in the Titan form, implying intelligence.

3. His characteristics.
He has the traits of a leader, giving orders and telling other people, sometimes even Titans, what to do. If his orders are not followed, he does not hesitate on using brute force, like when he crushed the head of the Titan that was eating Mike when it disobeyed him or when he beat Reiner to make him and Bertolt focus on his plans instead of saving Annie. Also the Beast Titan seems to be a cruel, sadistic and sarcastic individual.

5. His Power to transform humans into Titans and to control them.

He could be an ancient Titan for all we know (derived from the fact that he has next to no knowledge of the human language and advancement in technology).

And it's definite that he isn't anyone from the inside of the walls, or else he would have known about the 3DMG and the language of humans.

What is known is that he isn't Grisha, as Grisha was eaten by Eren, and neither is he Marcel (eaten by Ymir). That leaves Kenny Ackerman and Mr. Smith as candidates. As the Beast Titan is from outside, he isn't Kenny Ackerman, or else he would know about the 3DMG and the human language. That leaves Mr. Smith. He was locked up, beaten and thrown in a far off town by the MP. He could be the Beast Titan, but the problem is that since he lived inside the walls, he knew about the human language, thus ruling out the possibility that he's the Beast Titan, even though both look strikingly similar, unless he somehow survived and suffered from a memory loss. Since he (Beast Titan) is so keen on getting the Coordinate, it can be said that he might be somehow related to the royal family.

His identity has been kept as a secret and it will be surprising to know about it.

EDIT : His name has been revealed. It's

The ape titan is highly unlikely to be Grisha. The titan didn't really know what the 3 Dimensional Maneuver Gear was, whereas Grisha knew very fondly of them. To add on to that, he wasn't aware that he and humans spoke the same language.

Technically, yes. Because he is son of Dina Fritz.

3
Are there more Titan Shifters unknown as of now?
3
Attack on titan chapter 79: possible flaw?
2
Are the memories still there?
5
Is "Attack on Titan" taking place in the past or in the future?
0
Why wasn't this titan involved in any military operation until at least the 3rd Season of the anime?
2
Would it be possible for this Titan Shifter to survive from decapitation?
5
How is Levi so fast when attacking the Beast Titan's nape in season 3 part 2?
5
How come not all subjects of Ymir have royal (Fritz) blood?
0
If the subjects of Ymir are the descendants of Ymir, and the only race capable of turning into titans, how's that Eren doesnt have royal bloodline?
0
Activate founding power with eren and lara tybur