Watari is a big part of the romantic rectangle in the story, but he is also pivotal to "the lie".

In the anime it is only hinted that he is aware of the lie, for example

when he in a light, teasing tone asks Kousei if he is going to steal "his" Kaori (while climbing the stairs of the hospital, during a visit - one of the last 4 episodes of S-2, i think).

Is this internal conflict of Watari explored in more depth in the manga? Is it shown that he is aware of the lie?

Well, technically the "lie" was

Kaori liking Watari, so whether Kousei likes Kaori or not wasn't a direct indication.

Even very early on in Chapter 3 page 5:

Watari half-jokingly boasts about Kaori and implies Kousei has intentions for her. Kousei rejects this suggestion, because "she likes Watari", thus it was "impossible". To which Kousei did give him some form of open competition by telling him only Kaori can decide what's impossible for him.

Also much later on,

When Watari decides to encourage Kousei to visit Kaori more, he admits that Kaori always turns to Kousei and that Watari himself feels unable to help. This is also shown in the anime. At this point Watari is probably at least subconsciously aware that Kousei is probably as important to Kaori as he is (at least) (This is however my take on it)

The anime is quite filial to the manga, as the events are followed quite closely. Any variation comes from the differences in emphasis between certain scenes but is outside the scope of this question.

In summary, the manga hints as much as the anime about how much Watari knows and it is never clearly stated.

We can only guess that perhaps that this one time, Watari "lost" a girl he really liked to Kousei, and that he probably didn't want to admit it himself as we see the parting shot where he stares at the picture of him and Kaori on his phone. Or maybe perhaps he knew all along and was lying to himself. There is no confirmation either way.

However, as far as how much Watari suspects, the first real evidence of this is from the manga, Chapter 21, page 31, where they were talking after Watari played some football. 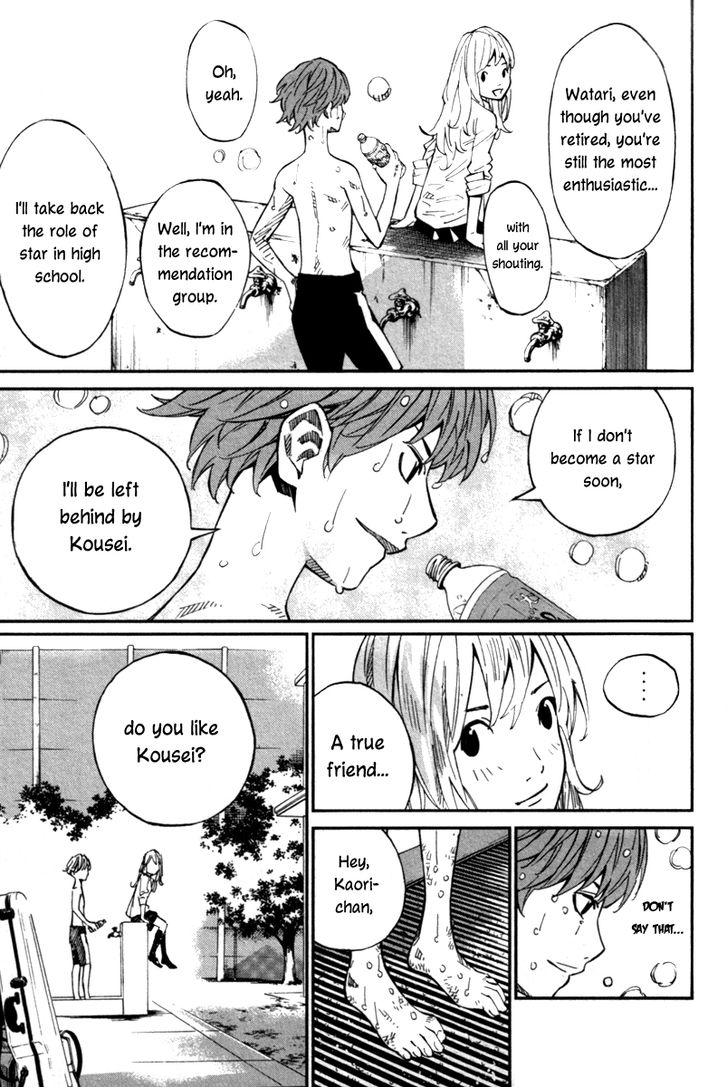 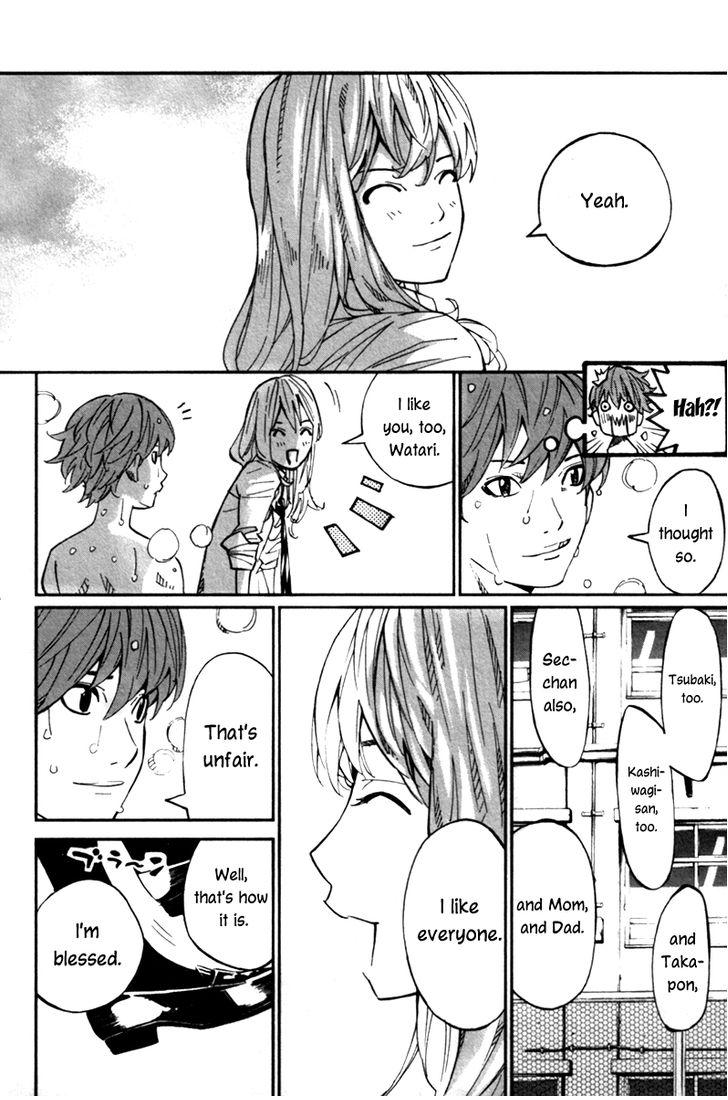 Kaori gave an affirmative to being asked if she "likes" Kousei and Watari even says that he has thought as much, meaning that he actually suspected it then. However, Kaori gave a cop out answer stretching the meaning of "like" and says that she likes everyone.

Thus Kaori never admitted to Watari, so as a technicality, Watari never knew for sure. But surely he had strong suspicions all the way.

Not the answer you're looking for? Browse other questions tagged your-lie-in-april .

16
What exactly was the "lie" in April?
7
Are Watari and Kaori a couple by the time she is hospitalized after missing the gala violin concert?
1
In the last episode of "Your Lie in April", what was enclosed in the envelope?
2
Is there a recording of Chopin's "Winter Wind" with the drums added, as heard in Your Lie In April?
5
What does the lie have got to do with April?