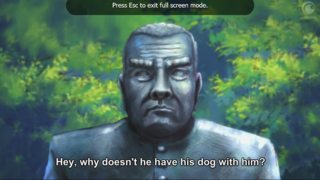 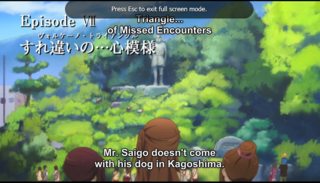 Later, they find a dog so they can hold it and take a picture in front of the statue.

Interestingly, Saigo-san appears to have European features. I know that Kagoshima is on the island of Kyushu at the far south of Japan. The south hosted a Dutch enclave for years after the foreigners were expelled from Japan under the Tokugawa shogunate. I assume he's some kind of historical figure, but who is he and what's the deal with the dog?

This appears to be Saigo Takamori often know as the last samurai - and has a film by that very name about him. He is most famous for his opposition against the Meiji government in the Battle of Shiroyama. 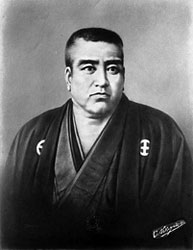 You can see here his very distinctive brow which is apparent in the scene in Chuunibyou too.

He has another statue in Ueno, Tokyo that has a dog beside him, which is probably what they are trying to replicate. 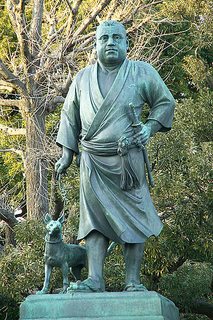 Kagoshima is his hometown, and there's a statue there in his likeness (without a dog): 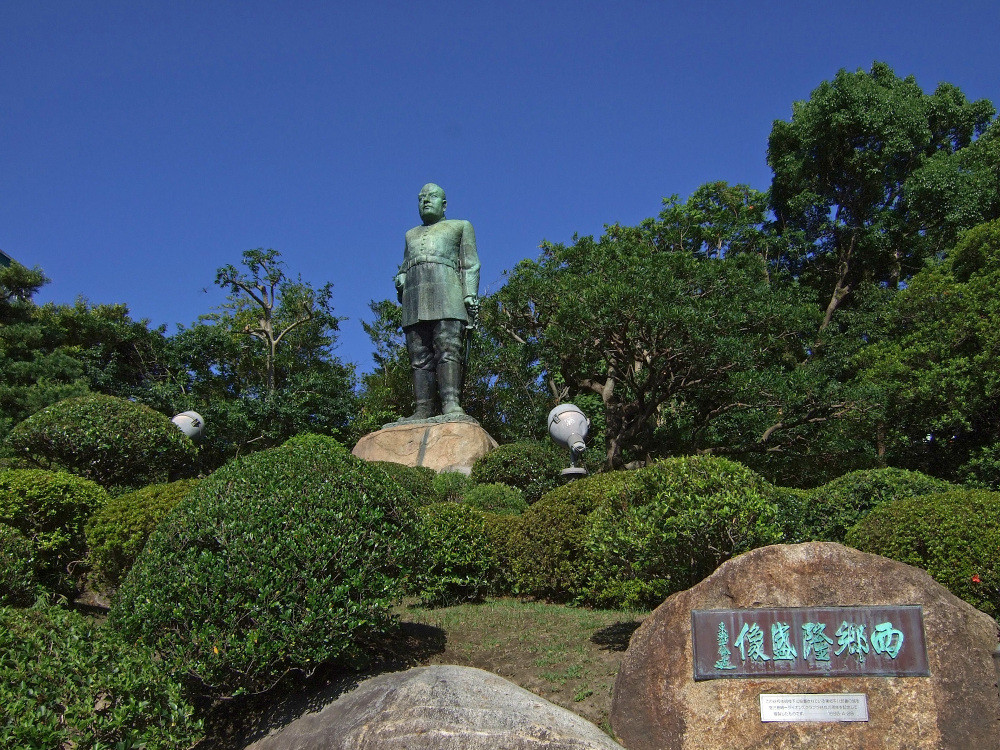 he is saigo takamori, most known as the last samurai. he helped imperial army to end tokugawa successfully and gained position in meiji restoration era but ended up lead rebellion (satsuma rebellion) because he thought meiji wanted to end samurai by making law that forbid samurai bring katana in public place and etc.

tom cruise movie "the last samurai" was inspired by saigo takamori. (noted:inspired, that means the movie plot was not based on actual history).

and about the dog, i think nothing special about the dog. none of sources that i read about him talking about his dog at all.

Not the answer you're looking for? Browse other questions tagged culture chuunibyou-demo-koi-ga-shitai or ask your own question.

9
Are guns in Kenshin historically accurate?

17
Who was the first cosplayer?
7
What or who is “Minami” in “Search for Minami”?
2
Who is that in Dark Twist Square and how are they related to Gen Urobuchi's work?