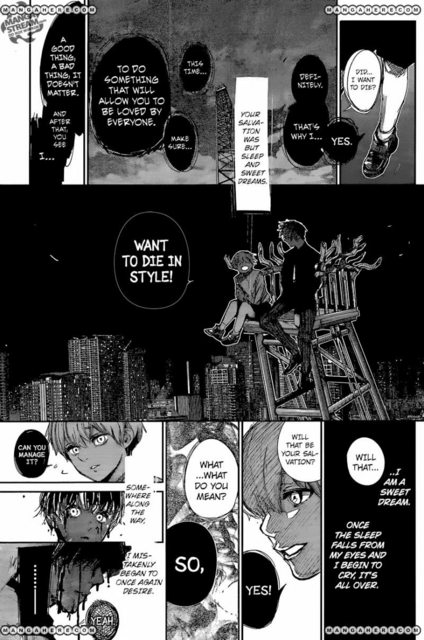 Not the answer you're looking for? Browse other questions tagged tokyo-ghoul .

22
Why did Kaneki's hair change color?
4
Why is Kaneki's fighting ability improved when he put on his mask?
3
Why does Kaneki's perception of taste change?
0
Do people notice Kaneki's hair changing?
3
Why did Furuta leave Kaiko alive?
4
What is a kakuja?
0
Why did Kichimura know Kaneki was going to mutate into Dragon, and why did he say he provoked it?
1
Does Kanekis eye change over time?