Which is the series “Lost Sheep” of which plush doll Subaru Konoe is fan of?

While searching for the answer of my question What do the sheep dolls represent in Mayo Chiki? I found out that the plush doll is from the the popular series "Lost Sheep" as stated in Wikipedia.

she enjoys instant noodles and is also a fan of the popular "Lost Sheep" series of plush dolls.

Is this the series that is stated in Wikipedia Or there is another series?

I believe the '"Lost Sheep" series of plush dolls' is a line of toys that exists only in the Mayo Chiki universe, something like gashapon vending machine toys. (If I recall correctly, the Lost Sheep toys are larger and come from a crane game machine, though.)

Toys like this are fairly common in anime and manga since the characters are often teenagers who spend time in game centers, and they're quite common and ubiquitous in real life as well. From the Wikipedia article on Gashapon:

Gashapon toys are often licensed from popular characters in Japanese manga, video games or anime, or from the American entertainment industry. These highly detailed toys have found a large following among all generations in Japan, and the trend is filtering to the world, especially among adult collectors. It is not uncommon for sets marketed specifically for adults to feature risqué female figurines.

(By the way, if you go through to the original article, do not click on the citation for that last sentence unless you are alone in a dark room, preferably about forty miles from the nearest civilization.)

Skimming over the localization fact (a wordplay from the original title? "Hesitant Butler" → Mayoeru Shitsuji → Mayoeru Hitsuji → "Lost Sheep"?), the original Japanese name for these plush dolls is "Silent Lamb" and indeed, an original in-universe toy.

There was never a "Silent Lamb" plush doll as a prize in real-life crane games/other toy-looting games, except for a licensed plush doll sold on Animate Online Shop (Japanese, dead link) since 15 December 2011 for an unknown period. 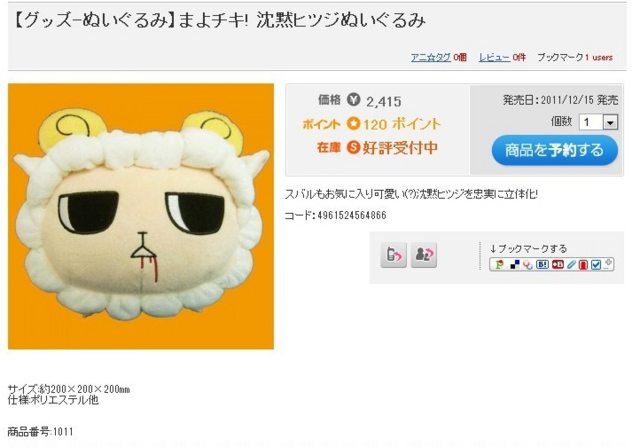 (From a blog entry by kurokogeunagi on Ameba (Japanese)) 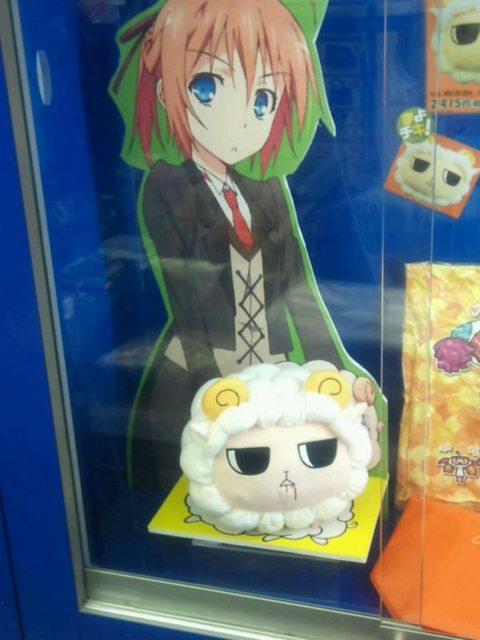 Not the answer you're looking for? Browse other questions tagged mayo-chiki or ask your own question.

8
What do the sheep dolls represent in Mayo Chiki?