Are anime still submitted to broadcasters in tape form?

Early on, we learn that Musani Animation has an FTP server to store their files - So why don't they just send the file over the internet? 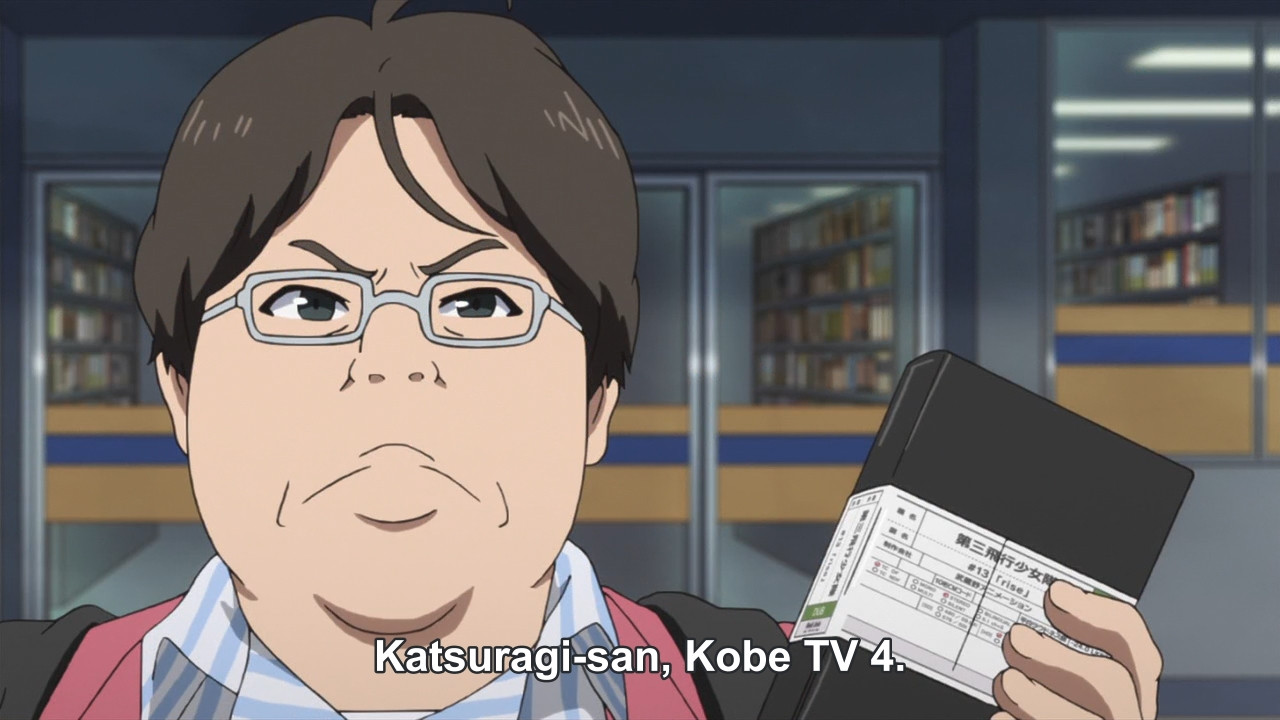 I've heard some arguments that physical deliver is still faster, but I'm not sure I buy that - Japan's internet speeds are quite good and the file sizes shouldn't be overly huge as it should be the compiled product rather than files with image layers, audio tracks, cg models, etc all seperate.

Are anime really still submitted by tape? If so - why?

No, tapes are no longer used. The tape appearing in Shirobako is just a joke in reference to old times. DVD-R are used nowadays, and maybe sometime in the future, blu-ray will replace them. It seems like the trend of using DVD-R began at least in 2007. On a side note, shirobako are not necessarily white either in reality.

As to possible reasons regarding why they have to give it physically:

So I went back to research following Ross Ridge's comment, and my answer is now:

Basically, as networks and high-speed bandwidths are becoming more competitive, the transfer solution over internet is now the state-of-the-art regarding sending data to broadcasters. Dedicated solutions started appearing around 2011, and are being adopted progressively.

However, professional tapes are still the most popular means (as of 2016) to use as a master tape to give physically to broadcasters.

Effectively, animation software, such as RETAS STUDIO, takes care of network needs for in-house file circulation, then a professional tape recorder is used for the last steps of the post-production to "compile" everything, as you said.

As for possible reasons regarding why they have to give it physically in the anime:

More details on the tape formats

Nowadays, the preference from the broadcasters' side basically dictates the expected format. Notably, the standard in the industry is HDCAM (1440x1080), whereas NHK is pretty much the only broadcaster to prefer having the master sent to them as a more recent and better HDCAM-SR tape. 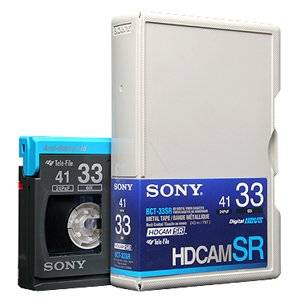 Most anime studios, on the other hand, already upgraded to HDCAM-SR, which boasts compatibility with HDCAM, and so they can also be used to be sent to broadcasters regardless of whether the broadcasters use HDCAM or HDCAM-SR. However, a minority of studios cannot afford paying for a HDCAM-SR recorder, so they may prefer outsourcing the encoding to external companies such as IMAGICA or Sony PCL.

The preferred solution is for the studio to edit out the black screen parts normally left for TV commercials, then capture the output content directly into HD data to be put onto a simple HDD with USB 3.0.

This is mainly due to HDCAM-SR being very costly, to the point of making it not worthwhile financially if it were to be used as a medium to send overseas. In addition, the great earthquake in Japan in 2011 destroyed the Sony factory where HDCAM-SR tapes were being manufactured, causing a shortage of tapes around the world. This event shaped the cost of the tapes, and so the process of how to send anime overseas at the time.

Nowadays, when there are requirements of simulcast, like for Crunchyroll or Funimation, the direct transfer solution is preferred, with software such as Aspera being the standard in the industry for fast file transfer (a normal anime episode may be around 37GB to send, whereas a special episode can easily go over 100GB).

My previous answer revolved essentially around shirobako. I had some confusion (I give my thanks to Ross Ridge for pointing it out), so I will give a few more details about it to correct myself, but nevertheless leave the contents of my previous answer here.

As told in the anime, "shirobako" is historically a tape inside a white box. This medium is given to the studio staff so they can do a final check for errors before the master tape (the HDCAM-SR I previously talked about) is sent to the broadcaster. However, the term shirobako is also sometimes used to talk about the master tape.

This actually comes from the fact that shirobako are generally HDCAM-SR tapes, which usually come in white-ish grey boxes (like the picture above), the same as the tapes used to send to the broadcaster!

However, a trend of using DVD-R for shirobako seem to have started somewhere around 2007, and so the "white box" characteristic was no longer relevant.

On a final side note: boxes for HDCAM are typically black-ish grey, so the tape in the screenshot from the question is most likely a HDCAM tape.

Justim Sevakis, who is a cohost of the ANNcast, day job is DVD authoring; from listening to him (they even did a show where Justin was a guest and not host) it is all digital. I would be really curious to see if anyone has ever made a non-digital medium (tape) that can hold 1080p video. I have friends who work in US TV stations and everything is stored on a server and I don't see why the Japanese would do it differently. You also have to remember that if you are producing TV for 1080p you need to shoot at a higher resolution. This is the problem with 4K video. In order to produce professional content you need to shoot at 8K the problem is getting a monitor that can view this resolution.

9
How are anime seasons released?
1
Does Manga Video still do films?
9
What does "shirobako" mean in terms of the anime?
7
What are the real life counterparts of the anime studios mentioned in episode 12 of Shirobako?
10
What are the reasons for producing short-form anime?
11
Are there real life counterparts to the characters in the anime?
9
Who are the characters on the girls' planes in Shirobako?
6
Are anime characters drawn seperately?