Why did Yoshihiro Togashi recycle designs from Yu Yu Hakusho for his characters in Hunter x Hunter? 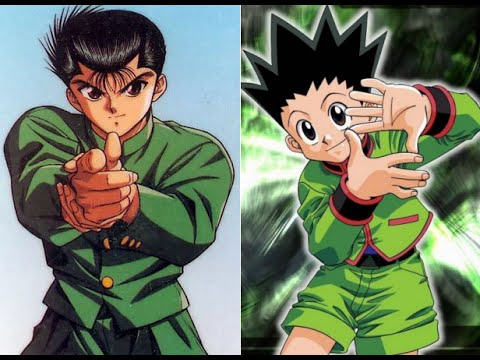 Although Gon doesn't look similar by facial design, he is similar to the green schemes that Yusuke has, and his hair color is similar.

Killua is similar to Hiei's demeanor. 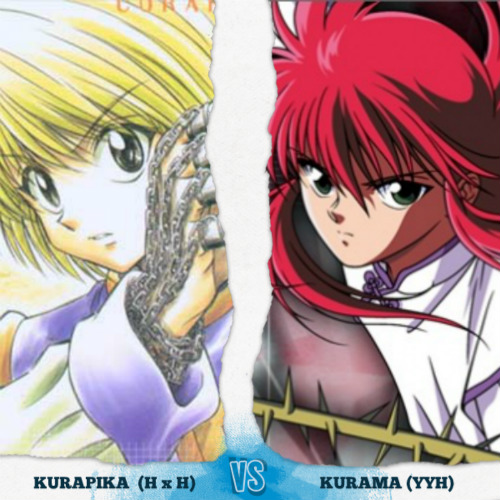 Both Kurapika and Kurama have androgynous appearances

As you can see from these comments by me, @seijitsu, and @eha1234, there's a considerable amount of skepticism over how "recycled" these designs really are.

Me: Personally, I don't think the characters in this question even look that similar, not compared to Ken Akamatsu's Naru and Asuna, or the Ai Yazawa and Naoko Takeuchi characters that seijitsu mentioned in regard to the "same faces" question.

eha1234: Yusuke and Gon have very different personalities and I think the green scheme is only present in the anime - the manga is black and white. Hiei and Killua's demeanour isn't the same. Killua, when relaxed, is quite playful whilst Hiei is silent. They've both got tragic pasts though. Many of Togashi's characters have androgynous appearances, especially in Hunter x Hunter: Kalluto Zoldyck and Pitou for example. I would say although the character designs are similar in some respects, they're all unique and different too.

If Yusuke and Gon both had hair which was a particular shade of periwinkle only expressible in the CMYK color space, I might agree that the similarity was significant, but black hair doesn't quite make it. You can see characters which are much more similar in appearance in seijitsu's answer to "Why do anime and manga use the same faces?". And if having multiple characters with androgynous appearances constitutes recycling, then all shoujo artists have been recycling the same male character design at least since the 1990s. If anything, Togashi is doing better than many mangaka at not recycling character designs, as eha1234 points out.

There are answers to the question "Why would a mangaka recycle the characters' visual appearances?" over at "Is it common for mangaka to maintain the same character design between different titles?", so I'll focus on the personality issue. At this point we're really talking about writing, which cuts across all media. If you follow the works of individual writers of any medium—literature, manga, Western graphic novels, visual novels—you'll notice that it's quite common for writers to have characters with similar personalities across several works. For example:

There are lots of reasons why writers do this. Sometimes it's because of a theme that cuts across all of their work. Sometimes the character represents some portion of the author's personality that keeps seeping into their work. Sometimes the author wants to put similar characters into very different situations and see how this changes things. I haven't read or watched Hunter x Hunter, but from what I understand it's more lighthearted than Yu Yu Hakusho; perhaps Togashi wanted to explore how similar characters would behave in a more lighthearted story. From what eha1234 says in the comment quoted above, there are also some quite profound differences in personality between the Yu Yu Hakusho characters and the Hunter x Hunter characters; it's possible the purported similarities are a complete coincidence. We can't know exactly unless Togashi stated in an interview somewhere why he did it, or whether he even intended to do it.

Of course, in a visual medium like manga, if the writer reuses a certain personality, it often makes sense to give that character a similar appearance as well, because appearance and personality are closely related in anime and manga.

Not the answer you're looking for? Browse other questions tagged hunter-x-hunter mangaka yu-yu-hakusho or ask your own question.

10
Why do anime and manga use the same faces?
5
Is it common for mangaka to maintain the same characters design between different titles?
5
Are the similarities between Homura Akemi and Kiritsugu Emiya intentional?

19
Why did the Hunter x Hunter manga go on hiatus?
14
Why did the Hunter x Hunter anime stop in episode 148?
10
Could Alluka completely heal Gon?
3
Does Wing also developed the ability to transmute his aura into electricity?
0
Why didn't the hunter associate search for Meruem's body after his death?
5
Why is (Adult) Gon Freece's Hair so Long? Why is Illumi's hair long?
0
Is there any clarification from togashi with his new worktime since 2016?
1
Why did Majitani's surrender not count in his Trick Tower fight with Kurapika?