What would happen if Rokudou loses his Haori of the Underworld?

In Rinne, Rokudou uses a special Haori called "Haori of the Underworld" that grants several powers, like making a physical entity behave as a spiritual one, or vice versa (by donning it inside-out).

It is also a very precious item to Rokudou Rinne, more even than his Shinigami Scythe. This is evident during his duel with his father (wielding the blood-sucker fire wheel) when he threatens to convert the Haori into money.

He is half-shinigami and half-human, so he should have some powers (he can see spirits even without the Haori, but it is shown that anyone that eats afterlife food can do it, like Sakura).

What would happen if the Haori becomes permanently unavailable (stole, destroyed, etc)?

The Shirushigami Kain seizes Rinne's Life Flame and Haori as payment on a debt. By declaring that the Haori will sell for a good amount implies its financial value. 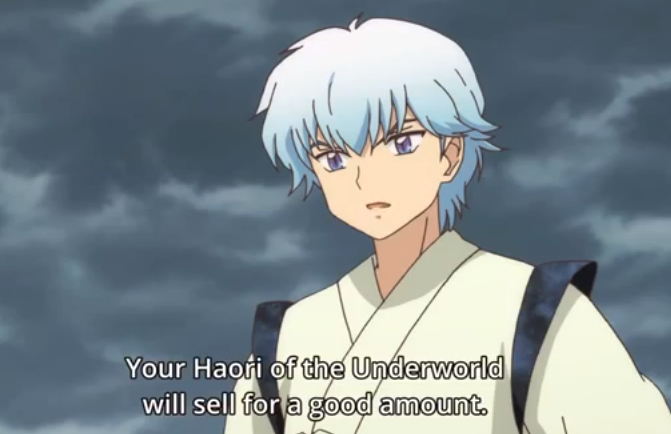 As shown in other episodes, he is unable to fly without his Haori, as he is only a half-shinigami. Whereas, Ageha can fly without needing one, as she is a full shinigami. This means that he would be unable to travel through the reido (without aid), which would prevent him from carrying out his shinigami duties, tracking his father, etc.

Not the answer you're looking for? Browse other questions tagged kyoukai-no-rinne or ask your own question.