Why didn't Minato make himself also the Yin-Kurama jinchuuriki?

Since Minato used the Eight Trigrams Seal and the Four Elements Seal to seal Yang Kurama into Naruto, why didn't he use the same set of seals on himself to seal the Yin half? Why Reaper Death Seal? Or into Kushina? Seems like a pointless sacrifice. And waste of Yin Kurama's potential. 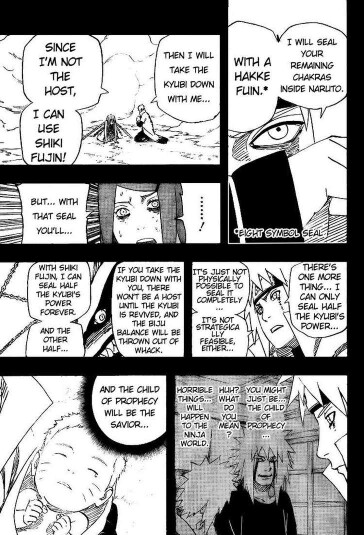 Due to the aforementioned reasons, Minato decided to seal the Yang half into Naruto (so Naruto could harness the power for good) and the Yin half into himself (as sealing the entire Kurama wasn't possible).

Minato and Kushina decided that Naruto could become the said child of prophecy with the power of the Kyuubi. Since the entire Kyuubi couldn't be sealed into the infant Naruto, Minato had to use the Reaper Death Seal. So the Kurama's power could be brought down to seal him into Naruto. Also, the Reaper Death Seal allowed Minato to choose which half of Kurama should be sealed into Naruto.

6
Is Minato a Jinchuuriki?
1
Why couldn't Minato store the nine tails in a different way?

6
Is the reanimated Minato much stronger than when he was alive?
5
Why didn't Tobi use Kamui when Minato used Rasengan?
4
Why did Kurama keep helping Naruto?
5
How did Minato gain the Kyuubi Chakra mode?
3
What happened to the Yin half of Kurama?
6
Why doesn't Minato use the Eight Trigrams Sealing on himself?
2
Does Minato still have Yin-Kurama?
0
What happened to Kushina's soul
0
Why didn't Hashirama, Tobirama and Minato use rinne rebirth?