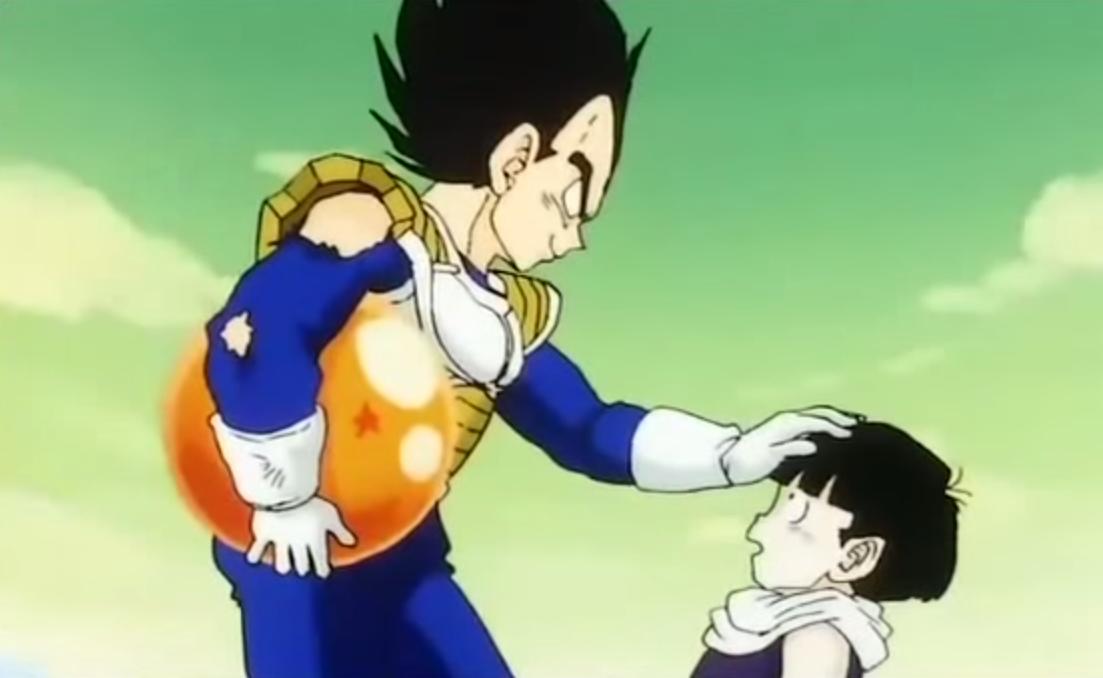 When Vegeta found Gohan on Namek, he told him:

. . . Too bad, because you see, we are the last of the Saiyans, that means we have to look out for one another, understand? It's like... like the three of us are brothers...

Then, Vegeta kicks Gohan in the stomach. At that moment he had a big grudge against Goku and could've easily killed Gohan out of anger. Instead, the kick that he gave him was nonlethal.

Now I am wondering if there was some truth in Vegeta's words. As he already explained many times, the more of a beating a Sayian takes the stronger that Sayian becomes. Did he really want to help Gohan become stronger by kicking him?

This question is a little open ended, I could not find any material supporting a definite answer. One could surmise that since Gohan is one of the last Saiyans he doesn't want to completely wipe out the race. It is already understood at this point in time Vegeta did harbor a lot of anger towards Goku and if that would have been Goku in a weakened state he probably would have killed him. Vegeta maybe saw no challenge in killing a child Saiyan or maybe he thought Gohan could come to be a potential challenger one day and would rather wait for that fight then kill him right there.There are a lot of answers that could be generated for this question. Until hard supporting material can be found it can really be anyone's opinion as to why he didn't kill him.

To add to that answer, Vegeta was also in a "good mood" at this point as in his mind he now had all of the dragon balls. So the idea of Gohan coming after him later on wasn't really an issue since he figured he be an immortal soon. As far as Vegeta wanting Gohan to become stronger, that could be the case. Throughout the series, mostly after Gohan has grown up, Vegeta often shows visible frustration at Gohan's unwillingness to train the way he and his father do. It annoys him that Gohan has so much latent power yet he refuses to train and try to become even stronger. It's an insult to his Saiyan heritage, in his mind.

5
Why does Vegeta tolerate Android 18?
9
Did Vegeta and Bulma really get married in Dragon Ball?
3
Did Vegeta ever called Goku his earth name "Goku" in Japanese dub?
1
How Did Krillin Get Stronger After Potential Unlock in DBZ?
0
Why did Gohan not use the multiform technique during the Saiyaman saga?
1
Does Trunks ever pretend to be weaker than Vegeta so as not to hurt his pride?
6
How was Vegeta able to be revived by the Dragon Balls? (DBK/Manga)
0
Did Gohan start with all the power he has?