I understand that she physically healed Gon via the wish that Killua asked of Nanika, but there are a few things that were possibly not "healed".

As far as we know Gen has lost the ability to use his Nen because of his fight with Pitou. I know there has been some speculation that Gon could have this ability back already but will need to train all over again to gain access to it. Would it be a dumb theory that Killua could use Alluka to also explicitly wish back Gon's ability to use Nen?

This is something that is little talked about but during that fight Gon somewhat created a rule similar to Kurapikas in the sense that he would give up "all of it" just so that he could kill Pitou. This sacrifice looks like it was supposed to kill Gon for that momentary trade in power, the only reason him being alive due to the life support after the fight and Killua's wish to Alluka. Is it possible that the exchange for that power has been nullified by Alluka healing him?

We have not seen Gon used his Nen since he's been healed, but he does look perfectly healthy. I think the answer lies in the way Kirua phrased his wish: 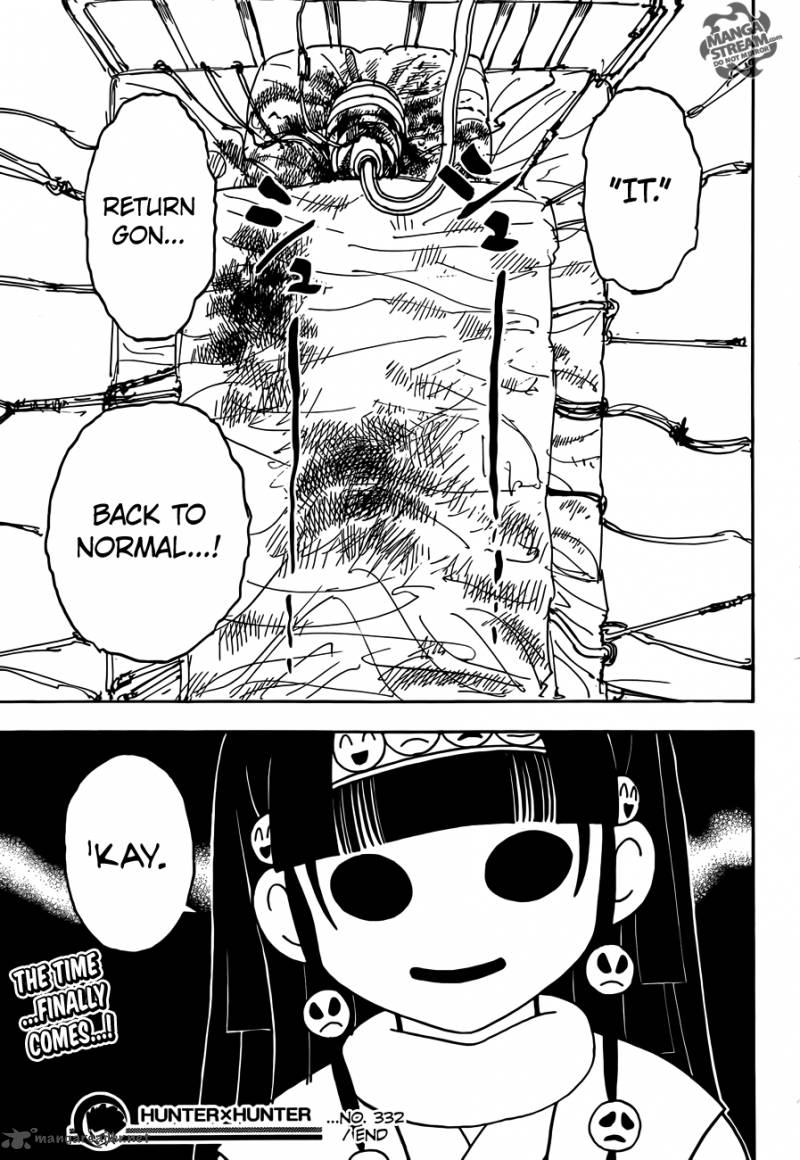 This picture was taken from "mangapanda". I have the books (in French) and it says "Return Gon to the way he was". Also, page 7 of chapter 323, Illumi states that Kirua will most likely ask "alluka to make Gon as he was before".

Therefore, I think Nanika brought back Gon to his state (physical, Nen...) before his fight with Pitou, as if it never happened. So, any restriction or contract Gon imposed on himself in order to defeat Pitou has been canceled.

Again this has not been confirmed anywhere in the manga yet.

Even though Killua commanded Nanika to revert Gon back to normal, I am unsure if Nanika also revert Gon's potential on nen. Since Alluka and Nanika's limits are undefined, it may or may not be possible to do that, unless that there is a strong nen exorcists out there in dark continent.

But still, it is still unconfirmed by the manga

4
Why Killua didn't use Knov abilities?
5
Does it make sense that Knuckle has a mascot as an emitter?
1
Why does Alluka only have the strength of a normal child?
3
Would avoiding Nanika indefinately would stop Nanika's wish granting power?
0
Why is illumi after alluka?
1
Does Gon Have Feelings For Retz?
7
How did Alluka Zoldyck obtain her powers?
3
Does Wing also developed the ability to transmute his aura into electricity?
4
Why are Bomber's friends so weak?
2
Is Alluka a biological offspring of the Zoldyks?