Is the circle-script used in Rokka no Yuusha decipherable?

In Rokka no Yuusha, we see a number of instances of a fictional script consisting of glyphs inside circles. For example, from the introductory narration: 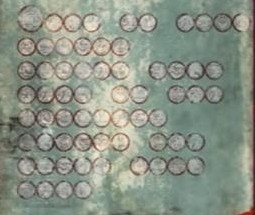 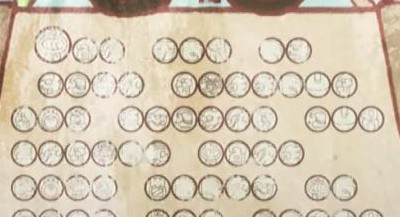 These are probably too low-resolution to be readable. However, in episode 3, we get a suitably-high-resolution shot of Adlet's letter to the princess: 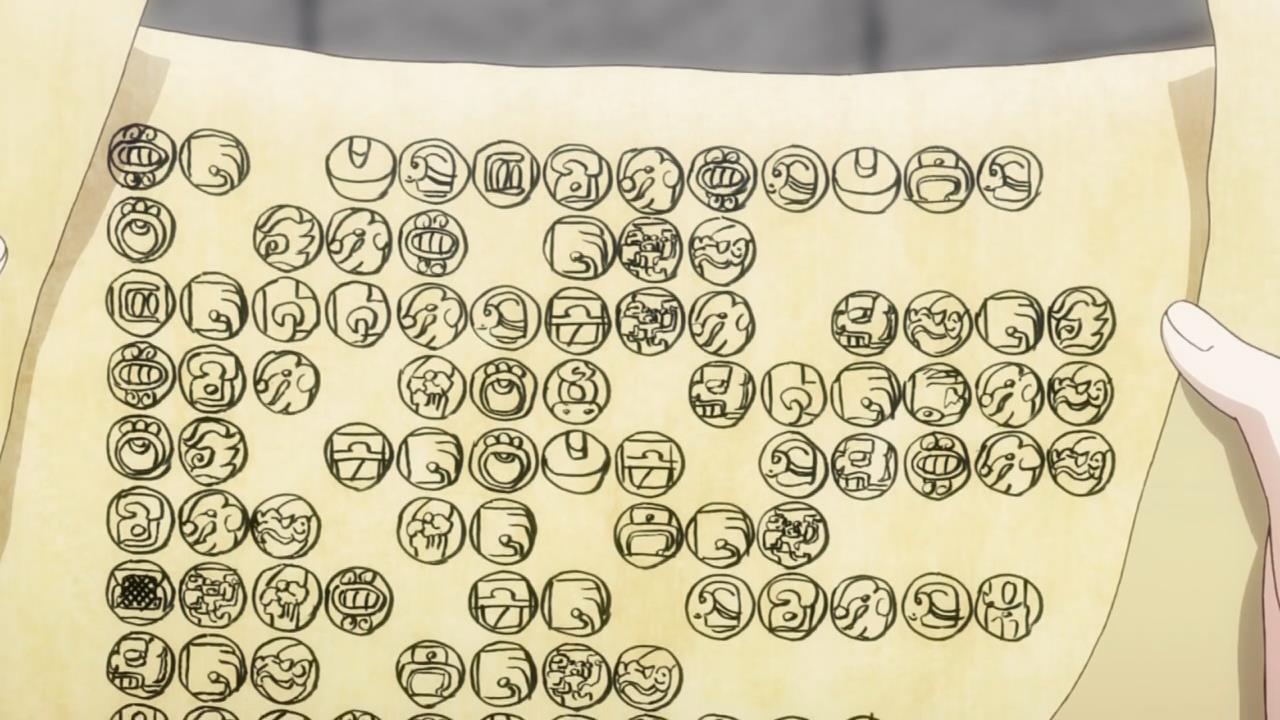 Fictional scripts in anime are often ciphers (a la Space Dandy, Suisei no Gargantia, etc.). Is this one also a cipher of some sort?

Multiple presumably-independent decipherments have been conducted by denizens of the internet (>>128296467 on /a/, >>128297371 on /a/, and /u/justinlam3 on /r/anime), all of which arrived at the same conclusion: the circle-script is a simple substitution cipher for the Latin script, and the underlying plaintext happens to be coherent English. 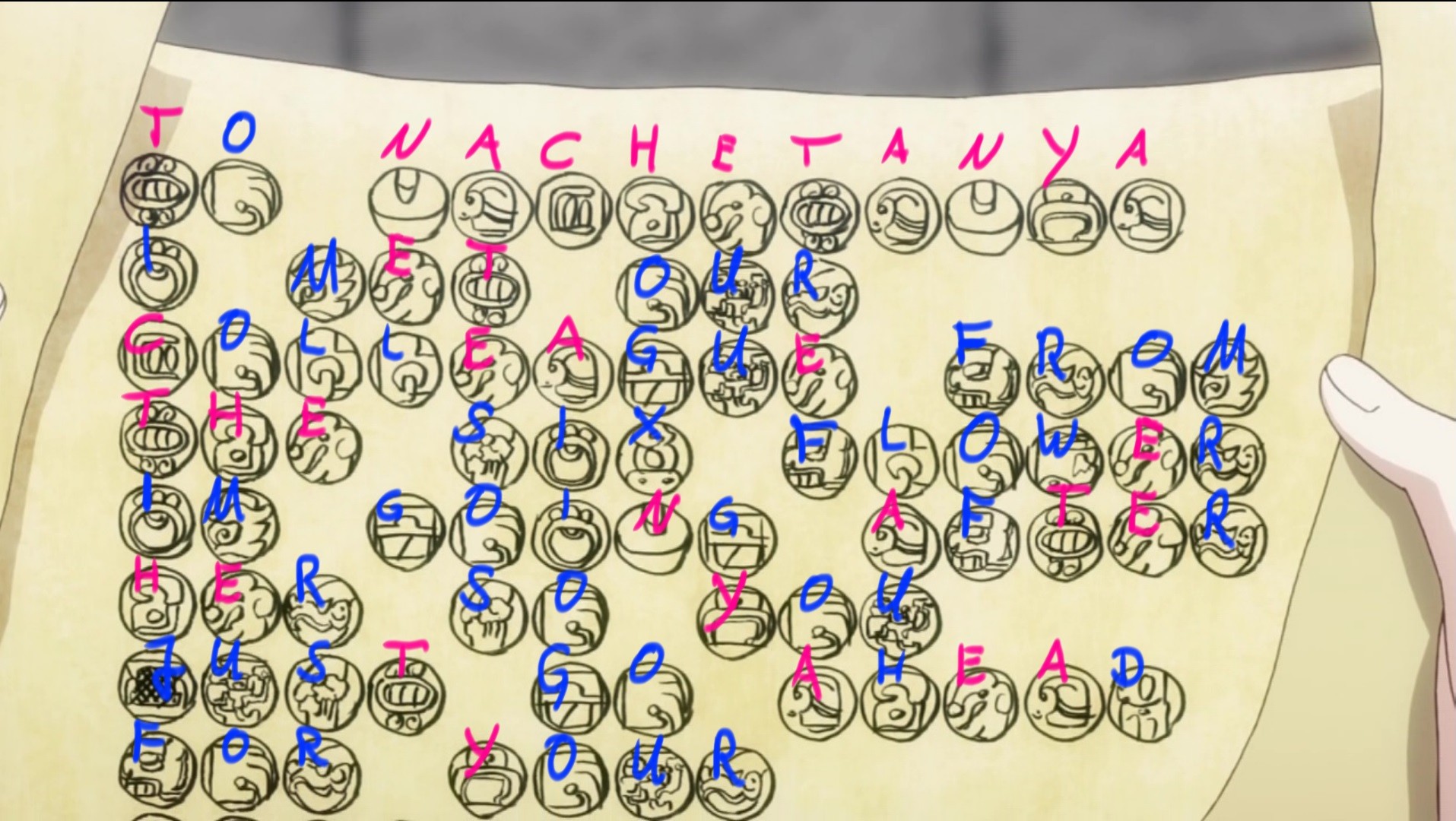 TO NACHETANYA
I MET OUR
COLLEAGUE FROM
THE SIX FLOWER
IM GOING AFTER
HER SO YOU
JUST GO AHEAD
FOR YOUR
[...]

And indeed, this is essentially what Nachetanya says when she reads the letter out loud (in what sounds to us like Japanese).

The cipher appears to lack a majuscule/minuscule distinction, and also appears to lack punctuation. Adlet's letter didn't have enough text to allow us to identify the circle-script equivalents of all 26 English letters, but >>/a/128297371 did construct a partial substitution table based on Adlet's letter: 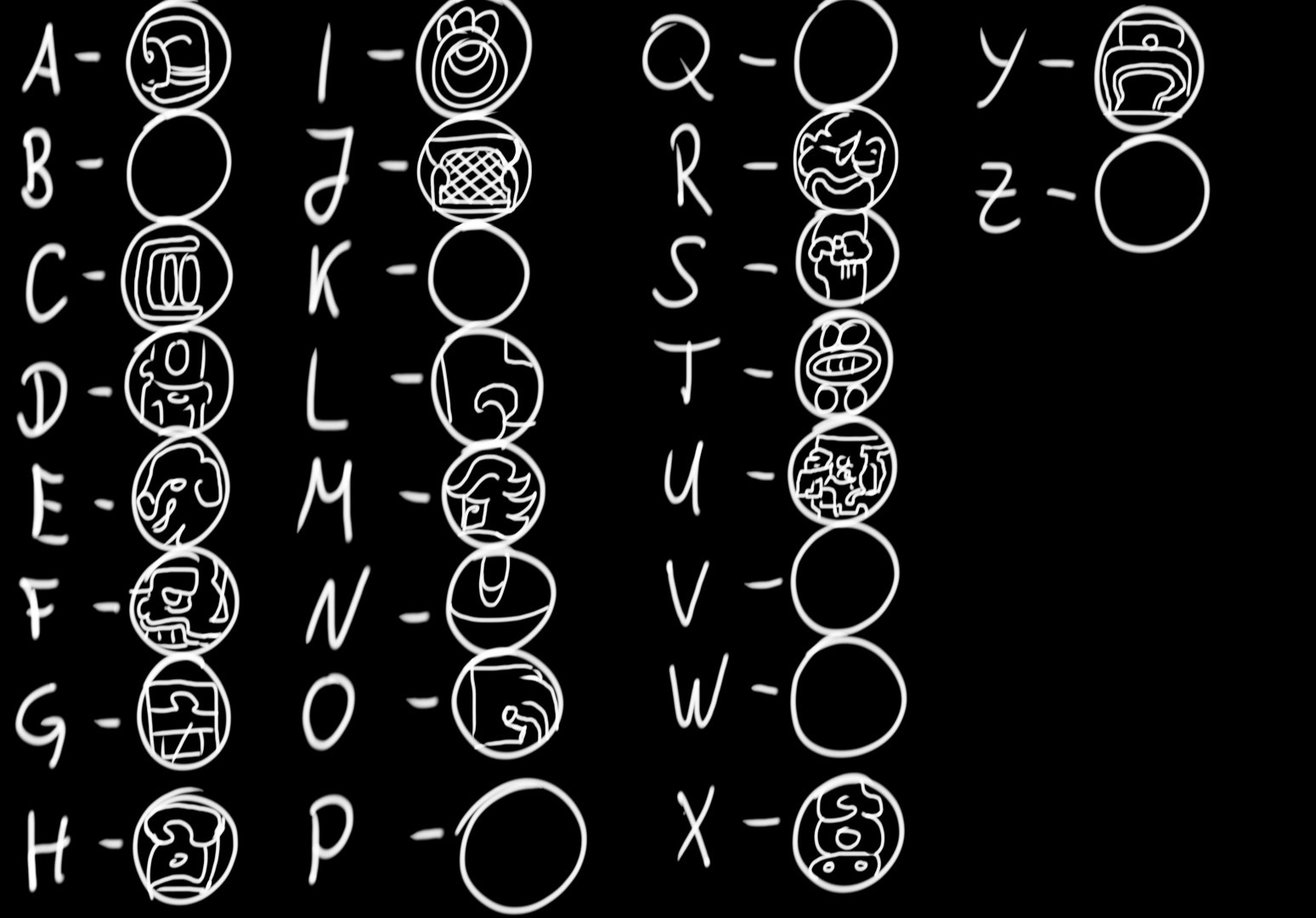 Luckily, we get more ciphertext to work with in episode 12:

The text on the tablet with the instructions for activating the temple became marginally readable after I spent over 9000 hours in Photoshop GIMP enhancing it: link (you might like to try running it through waifu2x for increased readability). It reads as follows:

This accords what Hans tells the rest of the group.

Using this information, we can decipher a few more letters.

Alas, there is no information available to us beyond Adlet's letter from episode 3 and the ciphertext from episode 12. While there are other ciphertexts large enough to be readable (mostly close-up shots of the map of the continent, which has labels on it), none of them give us any letters that we don't already have from these two sources, meaning that we will never know what the circle-script equivalents of "Q" and "Z" are. And that, my friends, is the real mystery of Rokka no Yuusha.

Not the answer you're looking for? Browse other questions tagged rokka-no-yuusha or ask your own question.

15
What is the "foreign" language that is used in Suisei no Gargantia?
2
Is the fictional script in Comet Lucifer decipherable?

2
Why did the Rokka no Yuusha opening song change after episode 4?