Is there more than one World Tree in the “known” world?

In episode 37 "Ging × And × Gon" we can see that a tape was left for Gon by his father Ging. After playing this tape, the scene jumps to Ging riding atop two different beasts. The scene clearly shows a giant tree in the background.

Now, this tree size is substantially larger than anything else seen in the series except for the World Tree that Gon climbs up in episode 148 "Until Now x and x From Now". The tree showed in the scene looks to be even larger than the adolescent world tree. Ging also states that he has not been to the Dark Continent yet due to him meeting not meeting the requirements.

Would it be safe to assume that there was more than one World Tree seed that found its way to the "known" world?

Firstly, it's clear that the two trees are obviously different trees: 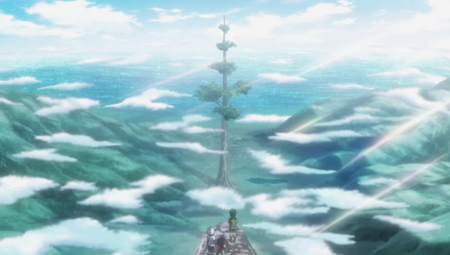 The World Tree is said to be the tallest tree in the world, reaching 1784 metres in hight. 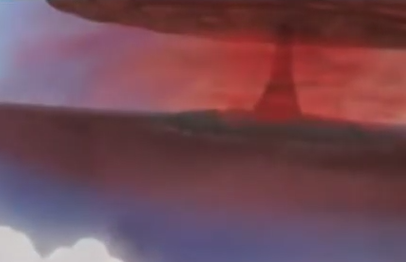 The tree in the background is obviously a different tree, as it is on an island and there isn't a town underneath it. It also appears to be big enough to be a world tree, as it is far taller than the trees that surround it.

(However, it may only appear to bigger than the sappling because of the perspective and the height of the clouds)

This probably isn't improbable because Chimera Ants are also from the outside world so we know things from the 'outside' world can come into the 'known' world.

On the other hand, there is another possibility - that Ging is lying to Gon when he said he has never been to the outside world. There are 28 survivors (of which, only two are official) from expeditions to the dark continent so Ging could be one of them. He is one of the top five most competent nen users and could have the power to survive the trip.

However, there is never a reason shown for Ging to lie to his son.

1
Is Prelude to Paradise the same song as one of Hunter x Hunter (2011)'s soundtrack?
4
Is there any reference which confirms that Meruem is much more powerful than Hisoka?
2
Any more HxH stories or episodes out there?
2
Is there a nen user that could've defeated Meruem (the king)?
1
Is there any clarification from the publisher/author of Hunter x Hunter regarding the quality of chapters 335 to 338?
5
Why didn't Netero call the more powerful adventurers for help in Chimera Ant arc?
2
In the Zoldyck family is something known about the grandmother and the grandgrandfather?
1
Does Hunter x Hunter manga progress further than the Anime?