What is meant by Nagato when she mentions the 'Big Seven'?

While attacking the Airfield Princess during the final episode, Nagato and Mutsu turn up midway through the fight. After firing a volley of shells at the target, Nagato says out loud, "Don't underestimate the power of the Big Seven!" 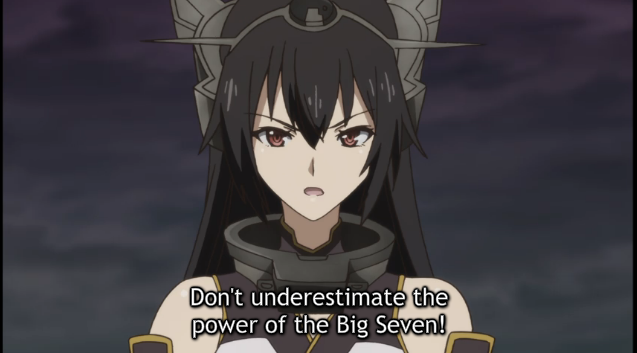 What significance does this hold? There are more than seven ships present, so it's unlikely to be that, and the ship Nagato has more than seven guns both in the anime and in real life.

So, what is Nagato referencing when she mentions the 'Big Seven'?

This is a real life reference, and not an in-series one. The 'Big Seven' refers to the 7 battleships that, under the Washington Naval Conference, could mount 16 inch guns. As such, they were the only battleships to have a 16" armament prior to the outbreak of World War II, and the dissolution of the treaty.

Two of the seven ships feature in the Kancolle anime and browser game (Nagato and Mutsu), with the other five being from the US and UK. They were:

This quote also features in the browser game of Kantai Collection during the 'Battle Start' event, where Nagato says the same quote: "Don't underestimate the power of the Big Seven"

Additionally, in the Kantai Collection set of the card game Weiβ Schwarz, there is a card titled "Do not look down on the power of the Big 7", which features a picture of Nagato, as well as the aforementioned quote: 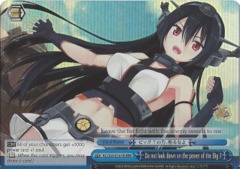 Not the answer you're looking for? Browse other questions tagged kantai-collection or ask your own question.