Why did Kate's pendant become a key, when it is shown as a locket before?

In episode 7 of the second season (Boku wa Tomodachi ga Sukunai NEXT released 2013), Maria-chan gave Kobato-chan a present. It was a key necklace similar to hers. Kate – Maria's elder sister – told Kodaka that on her birthday she had received a locket necklace from Maria, while Kobato received a matching key necklace. During that scene, Kate's necklace was exposed to be a locket.

However, in episode 11 (not very sure) Kate was exposed to have a key necklace. Why is she wearing the same necklace as that of Maria?

I don't think this was ever explained in the anime—not that I can remember. However, in this picture, which I believe is from Kate's first appearance in Episode 2 of NEXT, you can see that she has a key necklace that looks like Maria's and Kobato's: 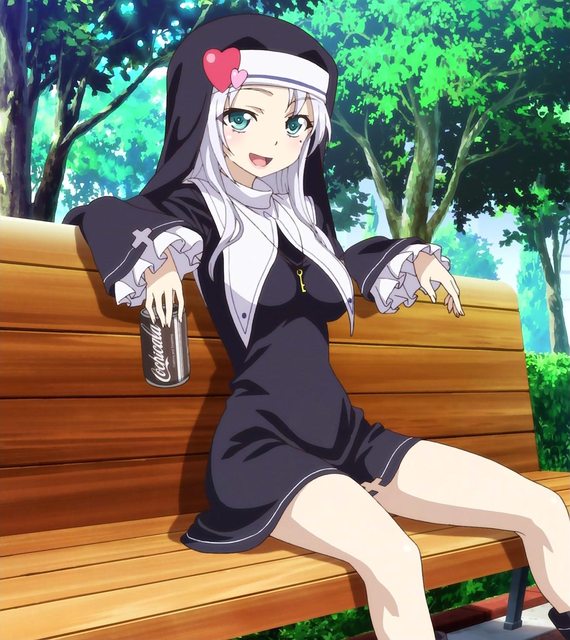 In Episode 7, Kate tells Kodaka that her birthday present from Maria was the shell of a dead cicada, and shows him a locket she went out and bought herself to put the cicada shell in.

You can see in this picture of her cameo appearance in Series I as she walks by in the background that she's wearing a cross necklace: 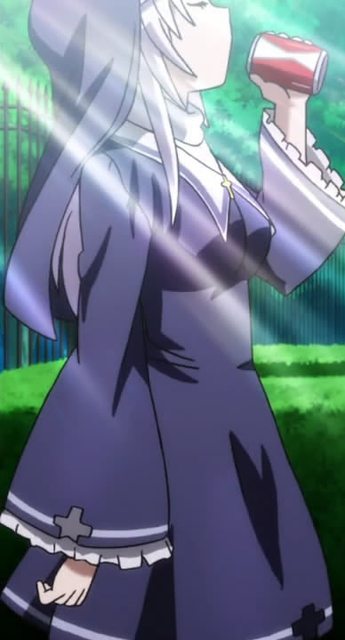 This leads me to believe that Kate has several necklaces and doesn't wear the same one all the time. She probably owns a key necklace that looks like Maria's, in addition to a cross necklace and a locket containing the dead cicada shell that Maria gave her. As for why she would have a necklace like Maria's, there are multiple possibilities. Maybe she bought it herself so she could match Maria. Maybe Maria gave it to her at some point in the past when their relationship was better. Maybe the matching key necklaces were a gift from their parents or someone else. I don't believe the anime tells us, so this is all speculation.

Incidentally, the light novel is no help. In the light novel, Kate and Maria both wear cross necklaces. If you zoom in close on the bottom half of the following picture, you can see Kate's. 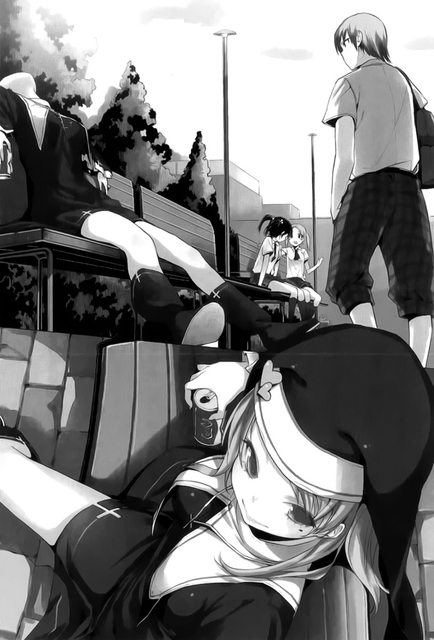 And here's a picture of Maria's from the light novel: 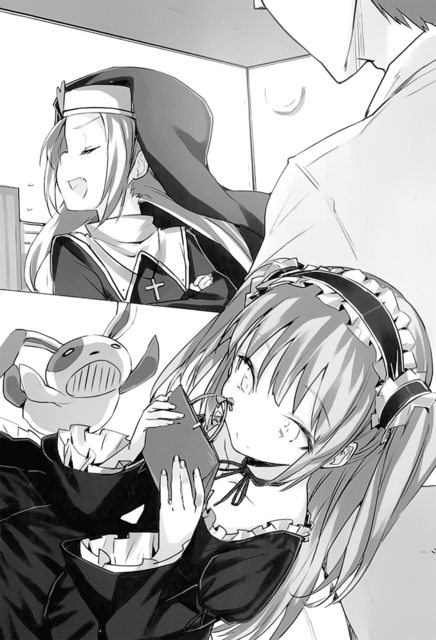 accompanied by this text:

Kobato gently removed the sticker keeping the bag shut, and took out its contents.

The item that was inside the bag was a necklace with a cross on it.

It was the same as the one Maria's always got hanging around her neck.

So in the light novel, all three necklaces were crosses, and there was no inconsistency. The wikia mentions this discrepancy in its summary of Episode 7 under light novel differences:

The egg-shaped pendant, in the light novel, contained the dead cicada husk that Maria gave Kate for her sixteenth birthday. However, in the anime, Kodaka apparently sees Kate wearing a key necklace, then later sees the locket when she shows it to him. This supports my "multiple necklace" theory.

Not the answer you're looking for? Browse other questions tagged boku-wa-tomodachi-ga-sukunai or ask your own question.

9
Why are Kobato's eyes inconsistent in color between episodes?