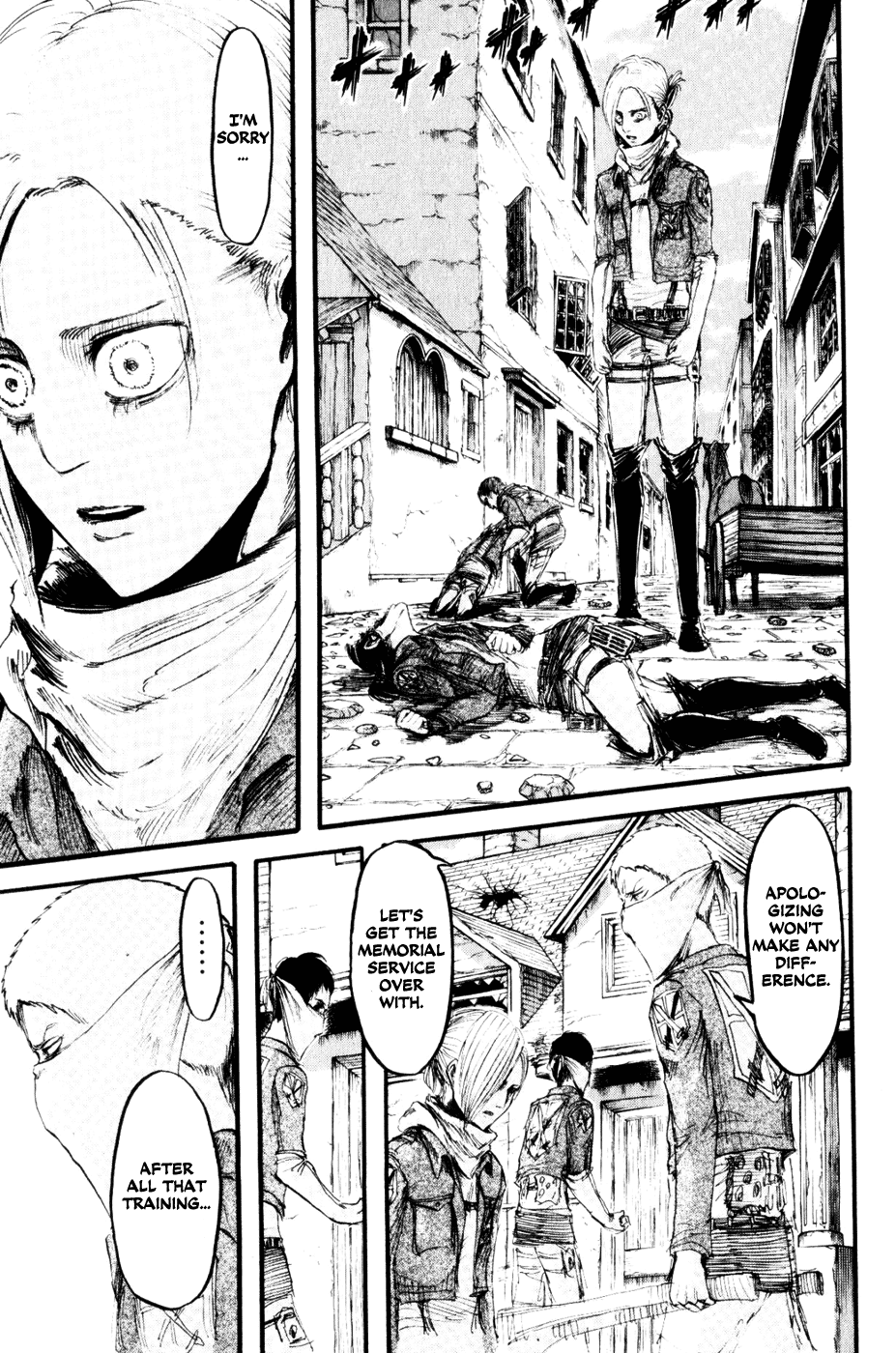 It's Ruth D. Kline. Type up the episode on its wiki page and the list of characters featured there will show Ruth D. Kline so one of the deceased but more importantly, the one that Annie Leonhart was apologising to............ I'm glad I found it because Marco's death was outrageous. Such a fun loving guy..... killed due to treachery...... Jean should've beaten them all to a pulp..........

This is a very old post but I’d like to give the confirmed answer. Annie was apologizing to Marco because it’s her fault he died. She took his maneuvering gear so that a Titan would eat him; she did this because Marco overheard a conversation between Reiner and Bertolt about “using my Titan,” they obviously had no other choice but to eliminate all possibilities of their involvement with Marley, the Colossal and Armored Titans. and the fall of Zhinganshina being known. Although it’s phenomenal character building, Annie who was raised to believe the island eldians are devils incarnate and pure evil, apologizing to one of said demons, it really shows the cognitive dissonance and dilemma Annie was going through mentally.

I believe that Annie was apologizing to Mina Carolina, because the corpse had pigtails along with long black hair, as Mina had. Also it wasn't Marco because his head was bitten into and he was half of a body, also Marco had his ODM gear taken from.

4
How did the Female Titan manage to get out of her titan form and escape while surrounded by a horde of titans?
25
How did humans learn how to kill Titans?
2
What's the purpose and origin of the titans which arent titan shifters?
9
Who was the other person the colossal titan ate?
2
Why did Annie accept Armin's request?
6
Who was Levi's host?
5
Is "Attack on Titan" taking place in the past or in the future?
2
How did Reiner escape the ODM inspection?