How does the Colossal Titan's shifter escape without being seen?

In episode 5, immediately after Eren misses his shot to the Colossal Titan and it reverts to human form, I looked from multiple angles but there were no humans.

However, given what we know later, one would expect to see

but they are not visible in the scene. How were they able to escape in the time before Eren attached to the wall and looked down? 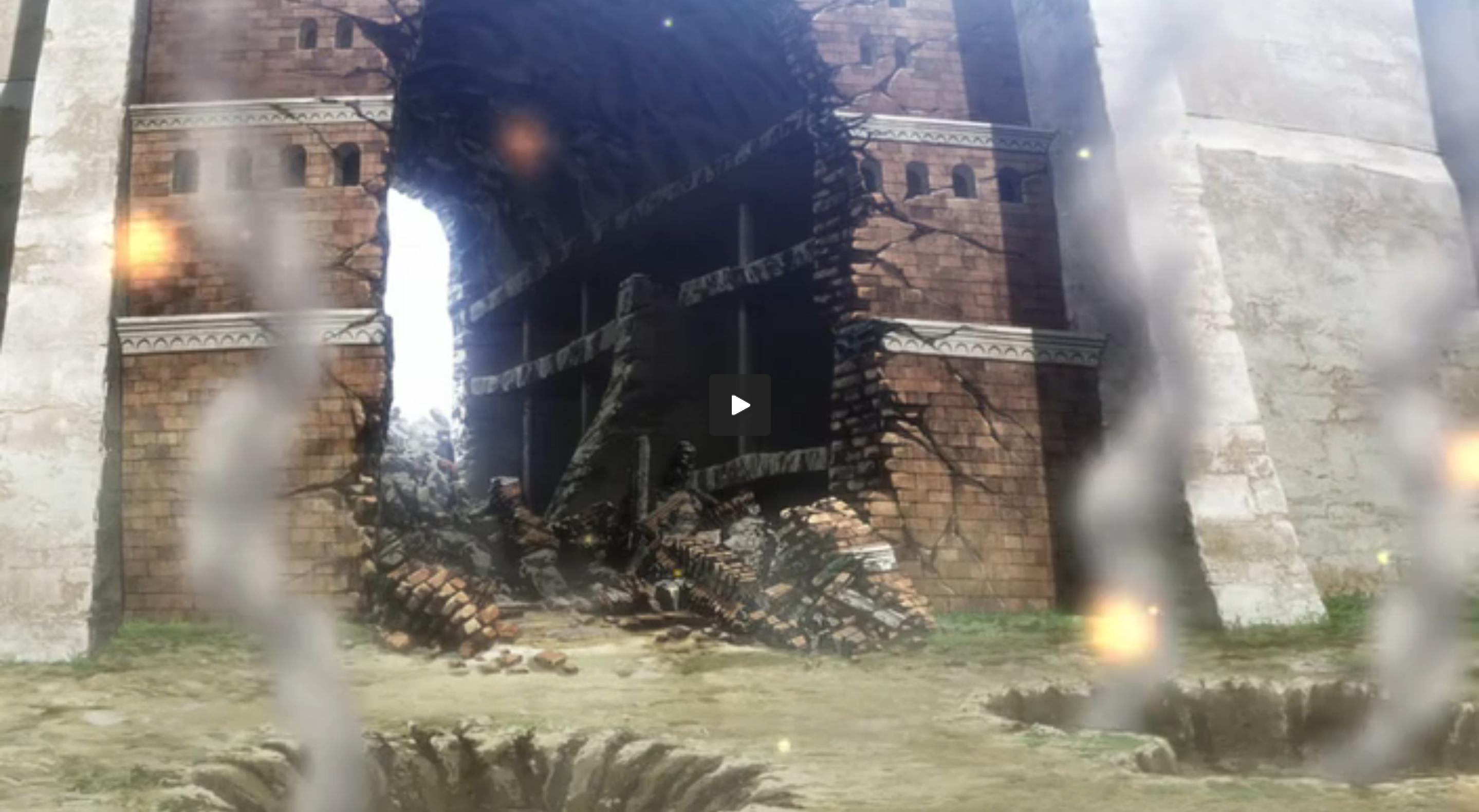 As mentioned in @mirroroftruth's comment, an experienced Titan Shifter can easily morph between both their forms quickly, meaning it wouldn't be difficult for Bertolt to swiftly escape the body of his Colossal Titan. Additionally, if he already had 3D Maneuver Gear equipped (like Annie does in episodes 20/21 of the anime, mentioned in this question), escaping the area quickly would not have been an issue. Given the scenario of episode 5, it's highly unlikely that he didn't have this gear on his person.

Also, don't forget that the Colossal Titan is emitting an intense amount of heat and steam:

"It is also constantly releasing jets of steam from the surface of its body...

And this can be amplified as a defensive mechanism, seen in the attack on Wall Rose:

"...he possesses a powerful defense mechanism that involves him releasing large amounts of extremely hot and pressurized steam from his body. The steam has enough force to deflect any cables shot from the 3DMG and burn away or repel close-range fighters."

Both excerpts taken from Bertolt Hoover on the SnK wiki

With the disappearance of such a massive body, the amount of steam produced would create a very effective combination of a repellent and a makeshift smokescreen. This would have been ample for Bertolt to escape from the scene without being seen.

This is confirmed on page 22 of chapter 72 - in the bottom left panel, there is a picture of Bertolt escaping while near a damaged wall. His 3D Maneuver Gear is clearly visible and he's under the cover of steam. 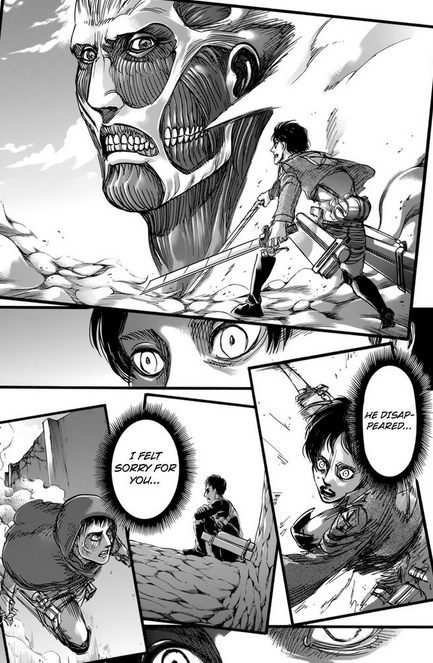 In chapter 96 of the manga

It is showed that Reiner climbed up the wall in his titan form while bringing Bertholdt and Annie.

7
In episode 20 of Attack on Titan, how does the Female Titan have 3D Maneuver Gear after regaining human form?
4
How did the Female Titan manage to get out of her titan form and escape while surrounded by a horde of titans?

7
What happened to Eren that made him unable to turn into a Titan in chapter 53 of the manga?
11
Why didn't the Titans wipe out humanity yet?
0
How hot would the Colossal Titan's temperature be?
9
Who was the other person the colossal titan ate?
7
Would Historia Reiss become as big as Rod Reiss if she had turned into a titan?
5
Can an Ackerman become a Titan Shifter?
9
What happens to a Titan Shifter if they die without being eaten?
4
How did Armin survive after being roasted and blasted away from the Colossal Titan?
2
How did Reiner escape the ODM inspection?