Why do SMPTE colour bars block part of Ryou's face in episode 13?

In the beginning of episode 13 of Anime de Wakaru Shinryounaika, Ryou's face is partially covered by a triangle with the SMPTE colour bars: 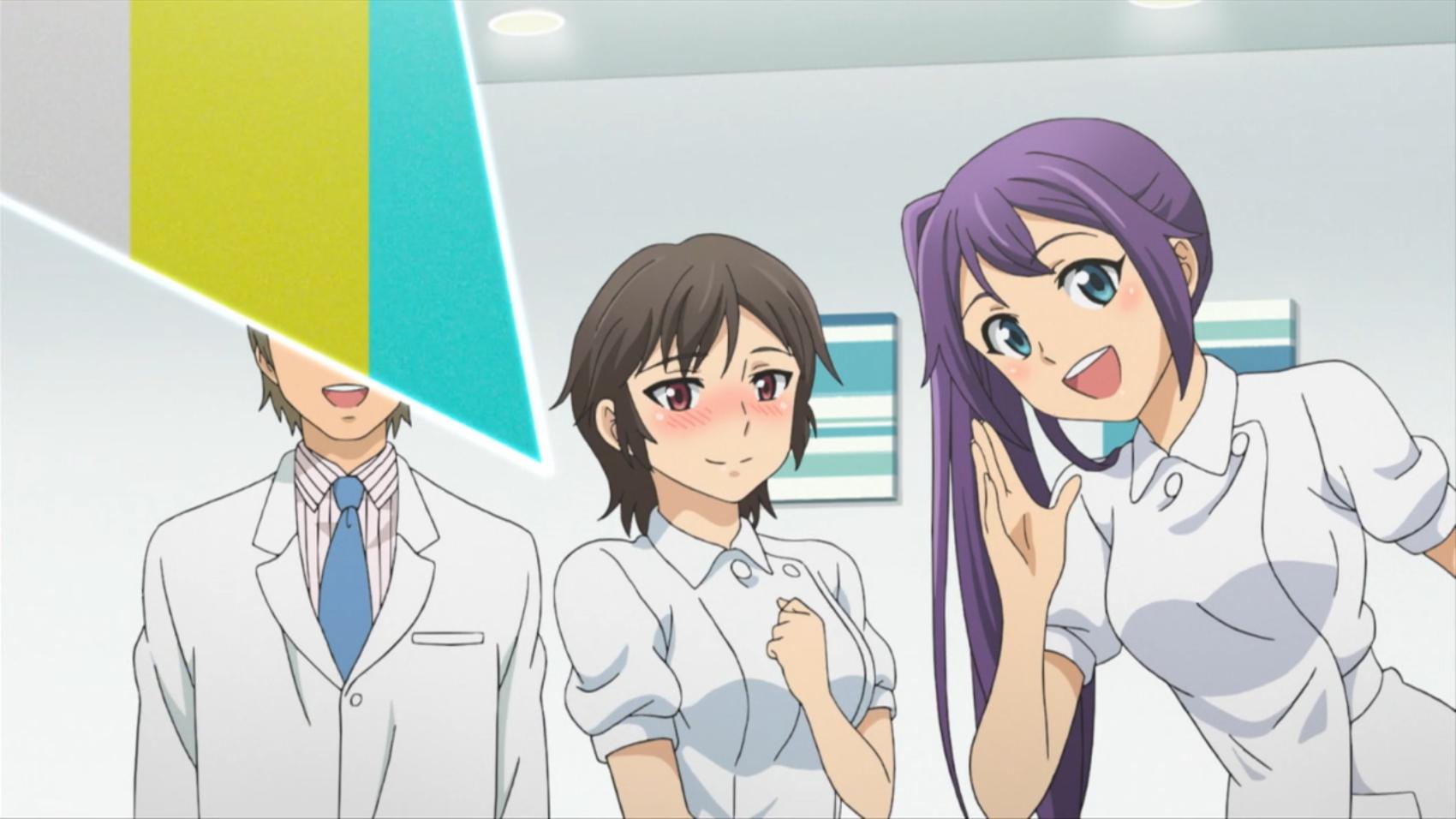 At first, Ryou just keeps talking as if everything is as expected. But then he seems to notice this blocking his face, and so he tries to step away from behind this triangle so that he isn't blocked by it, though the triangle follows him around: 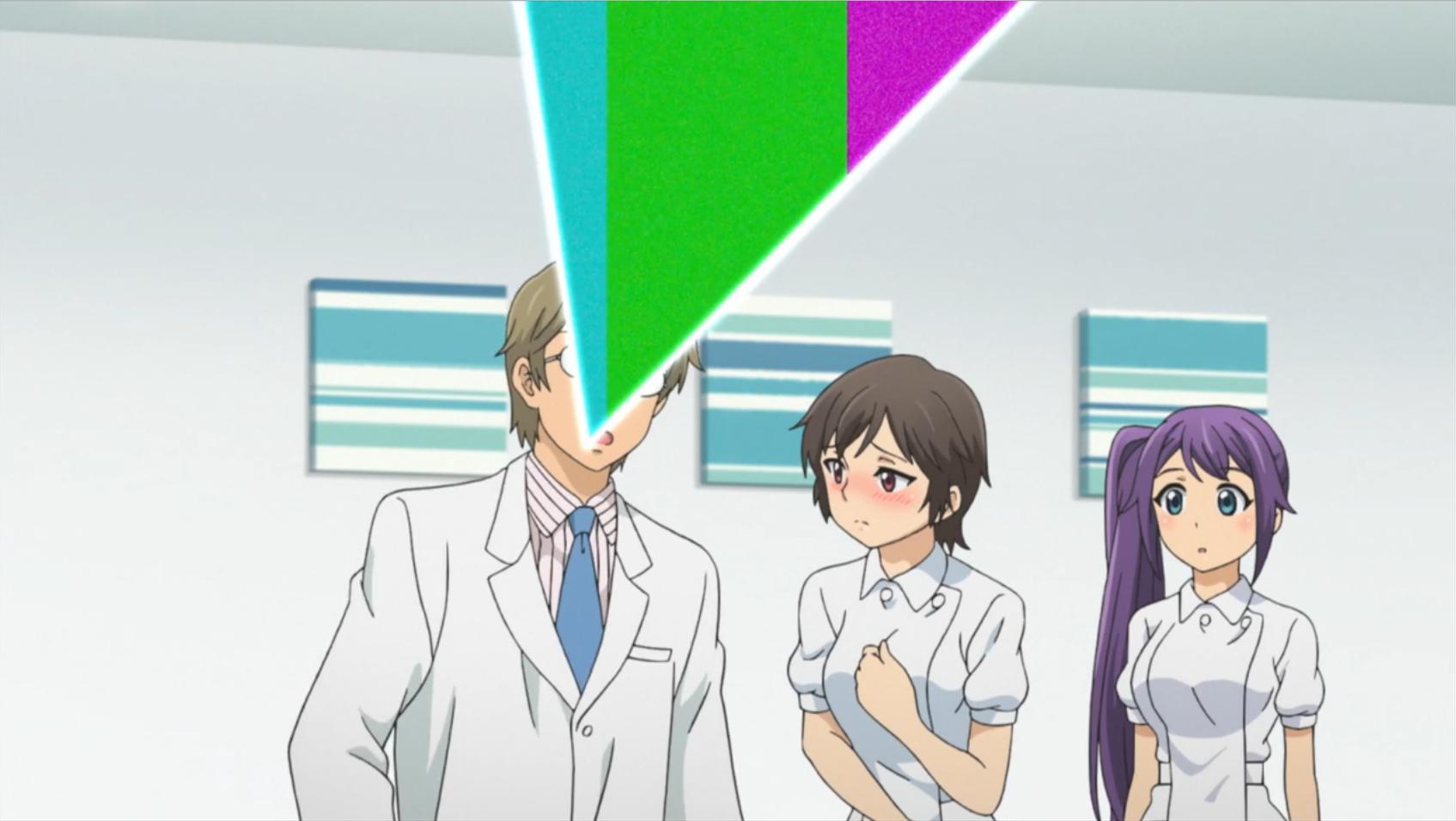 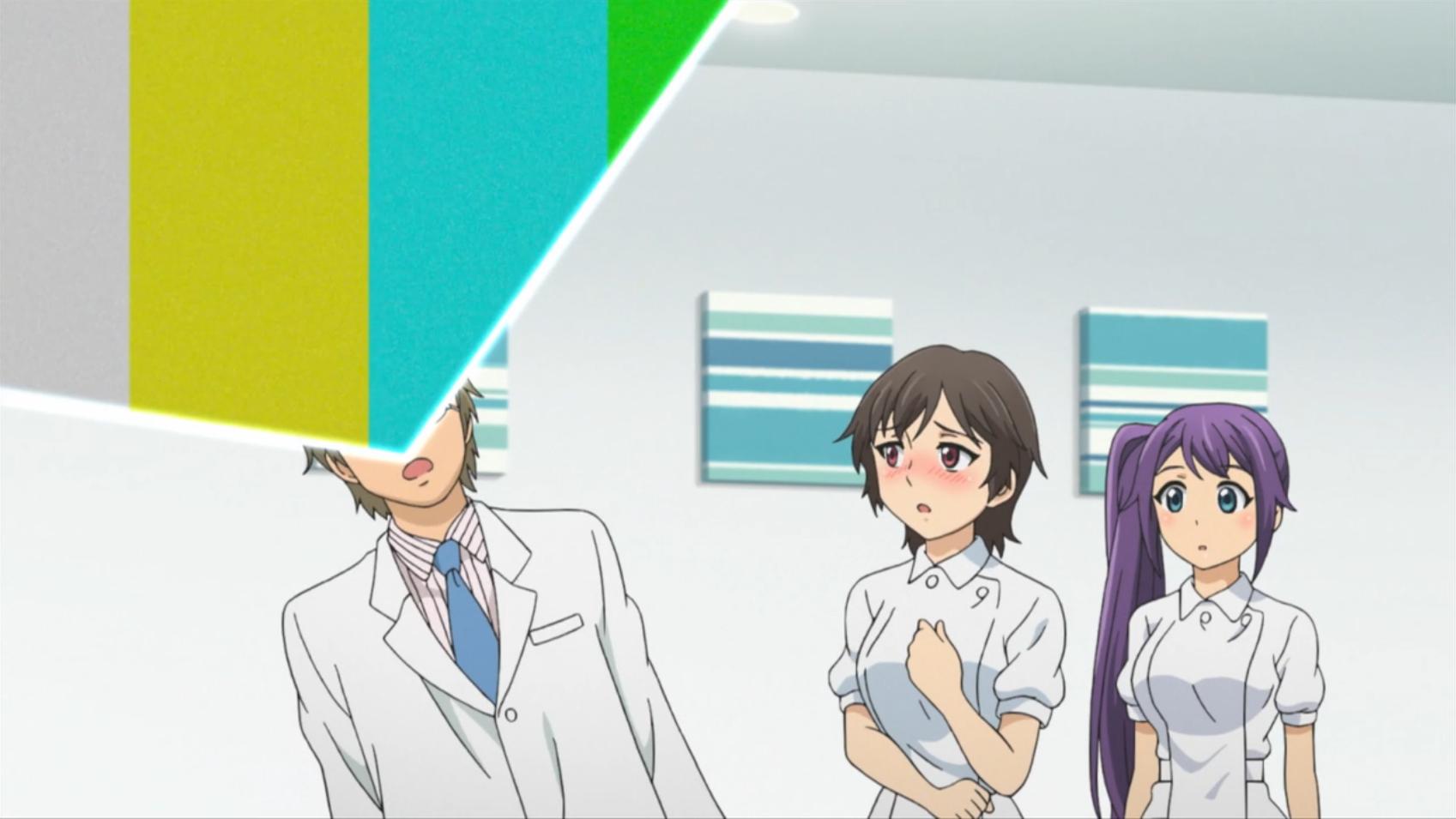 In either situation, neither Asuna nor Himeru seem to paid any mind to the triangle with the SMPTE colours.

Then, it simply goes away, and it's as if it never happened. No one makes mention of it again, nor is it explained.

Was this a reference to something else I missed?
What was the meaning of having partially blocked Ryou's face with a triangle with the SMPTE colour bars?

They don't explain this well in the manga either (they are irregularly-shaped panels), but it's assumed to be related to Himeru's social anxiety from the previous episode. It's possible that this is a way for her to cope with speaking to Ryou, by imagining his face to be covered. 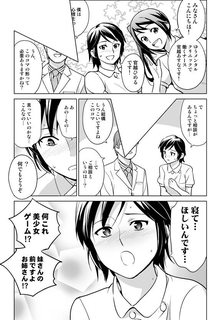 Not the answer you're looking for? Browse other questions tagged anime-de-wakaru-shinryounaika or ask your own question.