Why does Kumagawa talk in Japanese quotation marks?

「In the manga, Misogi Kumagawa talks with his words inside quotation marks, just like this.」 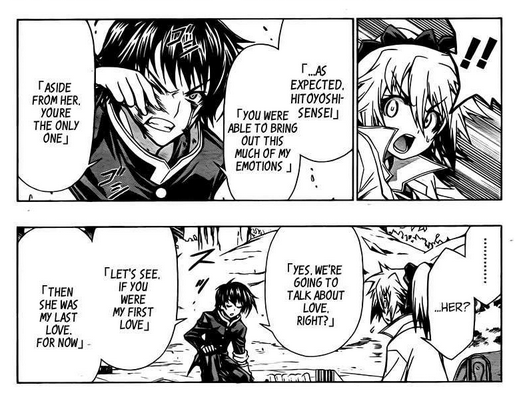 「Why is this? Is there a specific reason he has this notation while talking?」

The reason why Kumagawa's "speaks" in brackets is a bit of a pun (see 『カギカッコ』). The context here implies literally [括弧]{かっこ}つける (kakko tsukeru), meaning "to add brackets/parenthesis (to something, e.g., a sentence)." The pun involves a well-known expression [格好]{かっこ}つける (kakko tsukeru), meaning "to show off or try to look cool." Kumagawa speaks in the way he does because he is trying to sound cool.

One thing to note about 格好 is it's a kanji with irregular kana usage. おう (ou) like えい (ei) is what's called a "long vowel." The おう (ou) is essentially a long "oo" sound. Historically [格好]{かっこう} (kakkou) is the correct spelling, however in certain, more colloquial contexts the う is omitted for purposed such as brevity.

In chapter 88 of the manga, when Kumagawa returns to the dream classroom and ask Ajimu for his original Minus back. Ajimu asks him to express himself sincerely, without brackets if he wants it back.

He replies w/o square brackets. 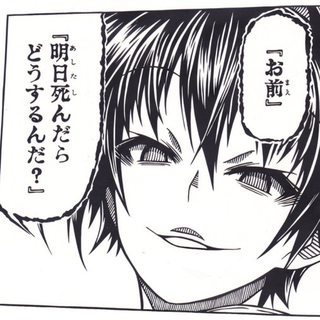 It should be noted that he speaks using "double square brackets" (二重鉤括弧 『 』) used to mark quotes within quotes. In Japanese fiction this type of square bracket is often used to denote something heard through another device. It's implied in the case of Kumagawa that what we are seeing is essentially subtitles. We're hearing the literal meaning being his cool words. 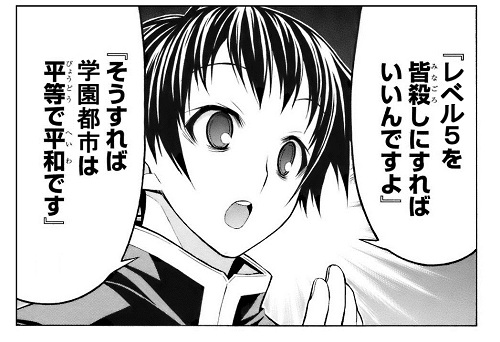 Not the answer you're looking for? Browse other questions tagged japanese-language medaka-box or ask your own question.

5
Why does Bermuda always address characters as -kun?
1
What's up with the name "Zerozaki Hitoshiki"?
3
Why would 《 and 》 be used in a translation?
10
How does Yuuki talk like a boy?
7
Why is the series called "Amaama to Inazuma"?
3
What is a 通信{つうしん} from a manga publisher?
6
Why do Japanese names change within a manga to have various forms at different times?
4
Why are reading fairy tales so lewd?
8
Does Lelouch vi Britannia speak with a Japanese accent?
2
Why do people think people with Good Knife Skills are hiding things?