Do any of the other founders of the Dollars ever show up again?

So, we all know that

But he wasn't the only one - in episode 11, we see that he founded the Dollars along with some other folks he met online, including at least 閣下 ("Kakka"), GG, and ZAWA. 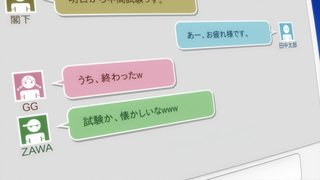 The show indicates that these other people eventually left when the Dollars began to spin out of control. But Durarara is a show that does a ridiculously good job of conserving detail, especially with respect to its characters. This leads me to my question: do any of the other founders of the Dollars show up again later on in any capacity?

Browse other questions tagged durarara or ask your own question.

5
Does Anri know that Mikado is the leader of Dollars or part of the Dollars?