Why didn't Naruto learn the basics of chakra control?

Why hasn't Naruto learned how the use the bare minimum the start his jutsus?

Know that if he did that, he wouldn't have had to rely on the Kyuubi's power and would probably be able the do rasen shuriken one more time, or at least have some chakra left over for retreating or finishing off the opponent.

Given that Naruto is a slow learner and the possibility of Kyuubi's interference, Jiraiya realised it would take him a long time to learn the chakra control, and decided that the benefit gained from it is not worth the time spent. Since Naruto has abundant chakra reserves, Jiraiya decided that learning how to tap it is of higher priority than chakra control.

Moreover, many of the times when Naruto learned a new technique (Frog Summoning, Rasengan, Rasenshuriken, Sage Mode, Kyuubi chakra mode), he had to do it within some time limit, so he could not take his own sweet time learning chakra control, and hence, sticked to his original learning method. It is possible that Jiraiya did teach Naruto some chakra control during the time they travelled together, but there is not enough evidence of this happening.

Note that when Naruto began training with Ebisu during the one month training break before the Chunin exam finals, Ebisu did tell him to learn to use his chakra more efficiently. However, after Jiraiya took over his training, he asked Naruto to focus on power rather than control, since he felt that style suited Naruto better. 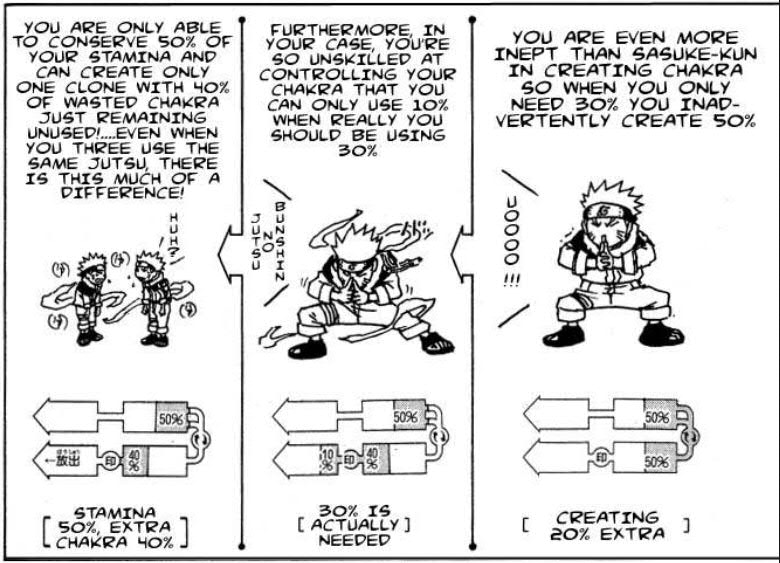 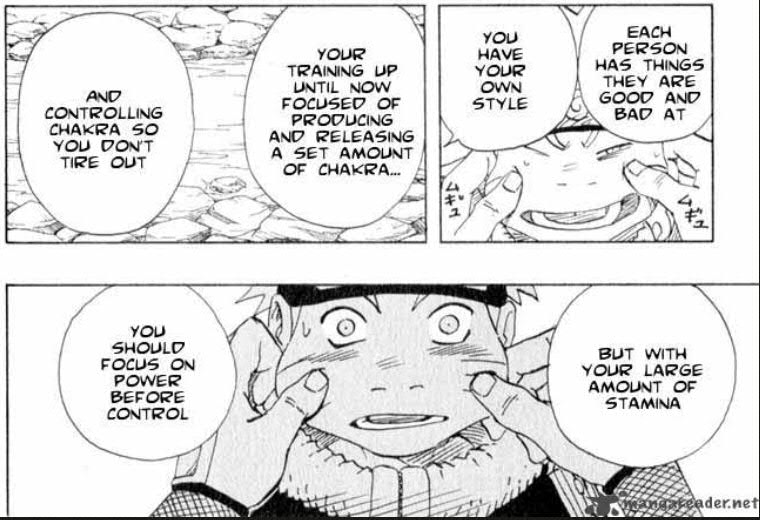 By the time he is likely a jounin by The Last: Naruto the Movie 2 years after the Kaguya fight, he can form a rasen shuriken with a single hand. His control was so great and progressed so much during the war, he was able to share chakra with everyone. Basically, the Kyuubi was in the way and when he was no longer in the way, his abilities shot up and his control became so much greater because he had to train in 'higher gravity'.

Conclusion, he was constantly improving his control, but the Kyuubi was interfering throughout most of his life so he had to gain more control than the average person to make up for it. When he no longer had interference, it was no longer a problem.

12
Does Naruto consciously control his clones?
4
Why could the Tendo control the weather?
3
Naruto juubi's chakra
12
Why didn't Kakashi take care of Naruto?
2
How did Naruto learn the Teleportation Jutsu?
0
Why didn't Tobi capture Sora for his 9 tails chakra?
8
Why didn't the entire village know Naruto was Minato's son?
1
Was Naruto's bad chakra control caused by Eight Trigrams Seal?