Is there any anime created for colorblind people?

In general anime productions have a strong use of colors to increase the dramatic effect, but colorblind people miss it and sometimes lose track of important parts of the history.

Image example (not exactly from an anime, but...)

(and just a clarification: it's not exactly to me :) ... it's for a small one who we just found that can't correctly see some colors. And, also, in the site I mentioned above, I found a "daltonize" algorithm that changes colors so that colorblind people have a bit more contrast on the colors they miss, so it improves the image to them)

First, lets take a simulated look of how the following image is viewed by different people: 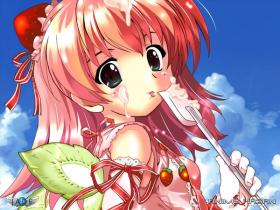 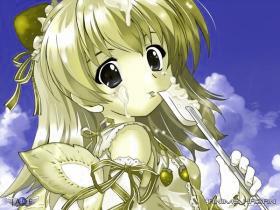 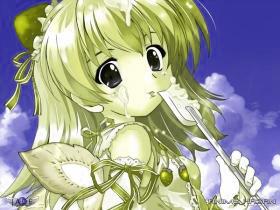 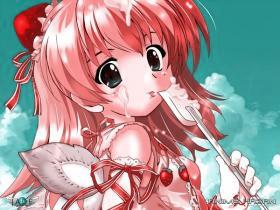 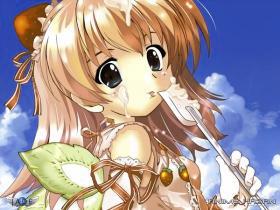 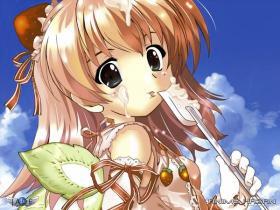 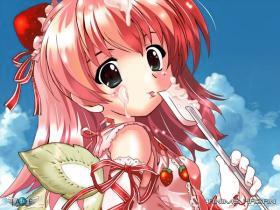 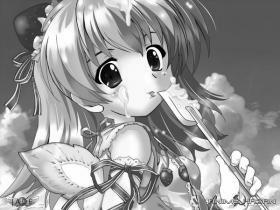 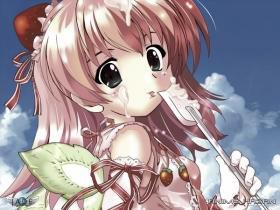 Protanopia and Deuteranopia are the most common types of colorblindness.

As you see, the experiences of these color-blind viewers are not inhibited by their condition. Though a particular image or scene might not have as much of an impact on a normal user, they are still able to enjoy the other aspects of anime such as the writing and dialog, voice-acting, most importantly the animation.

There might not necessarily be anime for blind people, because anime is intended to be marketed to a wider audience, usually for recreational purposes.

Typically anime productions don't factor accessibility concerns of color blind viewers in the budget due to the extra costs required, since most of the profit from an anime production is from disc sales.

Color blind people usually rely on the settings on their computer (using a specific color profiles, "color blind" modes in games) or television (color adjustments on the TV) to adjust their visual experience.

Rarely does color play a major plot and history of an anime series, but if it does, the change is usually significant (e.g. Victorique's hair in Gosick), noticeable, and/or emphasized by the story and dialogue.

The color setting is only a small piece of the anime puzzle. Even without it, you might be missing small details, you'll still be able to get the big picture.

25
Who writes the plot for filler episodes in an anime?
26
Why are there sometimes darkened scenes in new anime?
18
What are the different colors in anime production drawings for?
9
Why is it common for anime to lack surround sound?
10
What are the reasons for producing short-form anime?
5
Is anime1.com a legal site for watching anime?