How does Kira Yamato survive the Aegis' self-destruct in Mobile Suit Gundam Seed?

There are a few places in Mobile Suit Gundam Seed where Kira Yamato faces certain death, is presumed dead by all the other characters, then miraculously reappears in a later episode. I'm curious about one particular incident, for now: His duel with Athrun and the Aegis.

Athrun sets the Aegis to self destruct, attaches it to Kira's suit, and bails out to avoid the explosion. Kira is apparently trapped in the deadly blast, though. Assuming he's not cloned or something like that (which the humans & Coordinators of Seed almost certainly have the technology to do), he somehow managed to survive and escape from that situation.

How did Kira survive when the Aegis self-destructed at point-blank range to his own mobile suit?

This incident is analogous to a similar situation in ZZ Gundam. An important character dies in a situation where their later reappearance seems impossible, everyone angsts, they return and Tomino doesn't bother explaining anything.

First, a short review of the battle. Spoilered, because it is not vital to understanding the answer:

At dawn, as it passes by an island cluster, the Archangel is attacked by the three surviving Gundam frames. Soon, the flight system is damaged, and a hard landing is made on one of the islands. Meanwhile, Kira has destroyed Duel's leg, forcing Yzak into the water and out of the fight. La Fraga shoots down Buster, and the frame crashes near the Archangel, immobilized and pinned down by one of the ship's turrets; Dearka surrenders. Kira, fighting Athrun away from the ship, receives backup from Tolle, who is promptly shot down. Witnessing his friend's death, Kira enters SEED mode; and so does Athrun. Finally, a severely damaged Aegis clings to the Strike; as the machine powers down, unable to deliver the finishing blow with its cannon, Athrun starts a self destruct sequence, and jetpacks away. The Archangel, detecting a second attacking squad, is forced off the island without the time to start a rescue operation; they send Orb a request to perform the search, and leave as soon as their engines are repaired.

Timeframes have all been taken from the show, side materials may provide more accuracy. Anyway, a review of the facts: This battle takes place around a day after the Archangel leaves Orb (the first attack is right after they leave the neutral territory; the second, on dawn of the next day). The Reverend is shown to live nearby, most likely on the same island. The Aegis' self destruct timer is ten seconds. The Strike's cockpit is open due to damage from the battle: 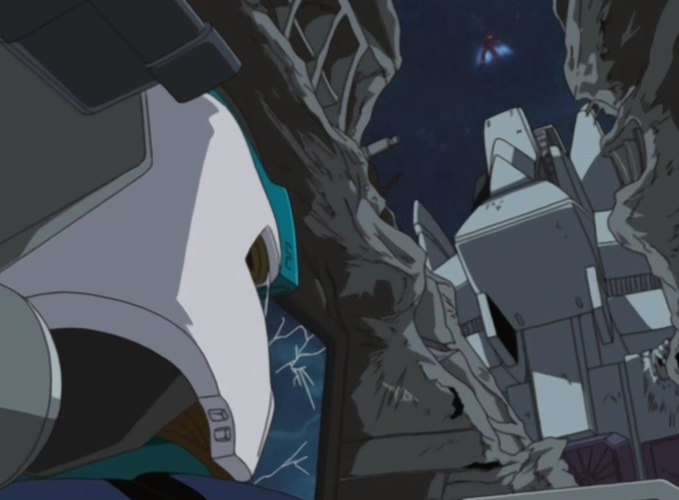 My theory? Kira escaped as well. He likely acted quickly: from his seat, he could not only see Athrun flying away; he could also see his cockpit opening beforehand. This is the last scene we see where Kira is present, and at this point, he has had two to four seconds to figure things out - he probably fled immediately after (we see him with a look of realization shortly before; he is also in SEED mode, presumably more aware than normal).

The power of the explosion is significant - Athrun, found by Orb either later on the same day, was flung by the blast, incapacitated before landing or due to it, and lightly wounded - and that was even though he employed the best way to escape, starting at the earliest possible moment and with a jetpack.

Kira's wounds are more severe - the next time he is shown, he is lying in bed in one of the colonies. I have no idea how long it would take to transport him there; but unless the Reverend used his priestly powers, it probably took at least a week. His awakening in Lacus' presence is implied to be his first one since he was found - yeah, in comparison to that, Athrun walked away with just a few scratches.

But where did he escape? If he had a jetpack, the answer is clear. Even if he didn't, there's yet one place he could have fled - behind the Strike. You see, when the Aegis latches on Kira's machine, we are shown a shot of both; the Strike is standing. Later, during the rescue operation, the Strike is shown mostly intact - the outside layer of armor is partially melted, as well as the exposed cockpit, but the machine itself is fine. The blast has toppled it over - it is only a question of whether Kira was lucky to be hiding in a place where he would be crushed or not. In any case, the torso and the power pack of the Strike form a neat bomb shelter. 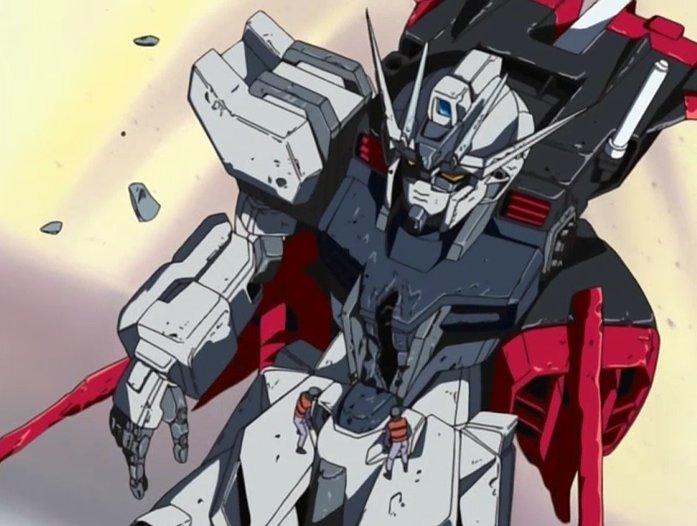 Did he have a jetpack then? Probably - Federation pilot suits seem to come equipped with a retractable unit, just like ZAFT-issued ones. 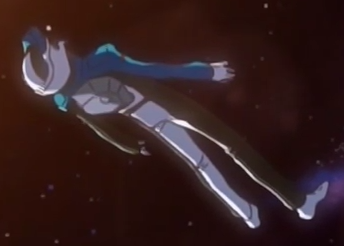 When Aegis exploded Athrun was pushed instead of absorbed into the blast and killed, Kira may have gotten out of the Strike but was then pushed by the blast, but more severely than Athrun as he was closer.

Not the answer you're looking for? Browse other questions tagged mobile-suit-gundam-seed .