In episode 12, Farangis (or however we wanna spell the priestess' name) shoots Xandes in the back while he's running away after facing Daryun in battle and losing to him. After the arrow lands on his back, Xandes falls off a cliff to what I thought was his death: 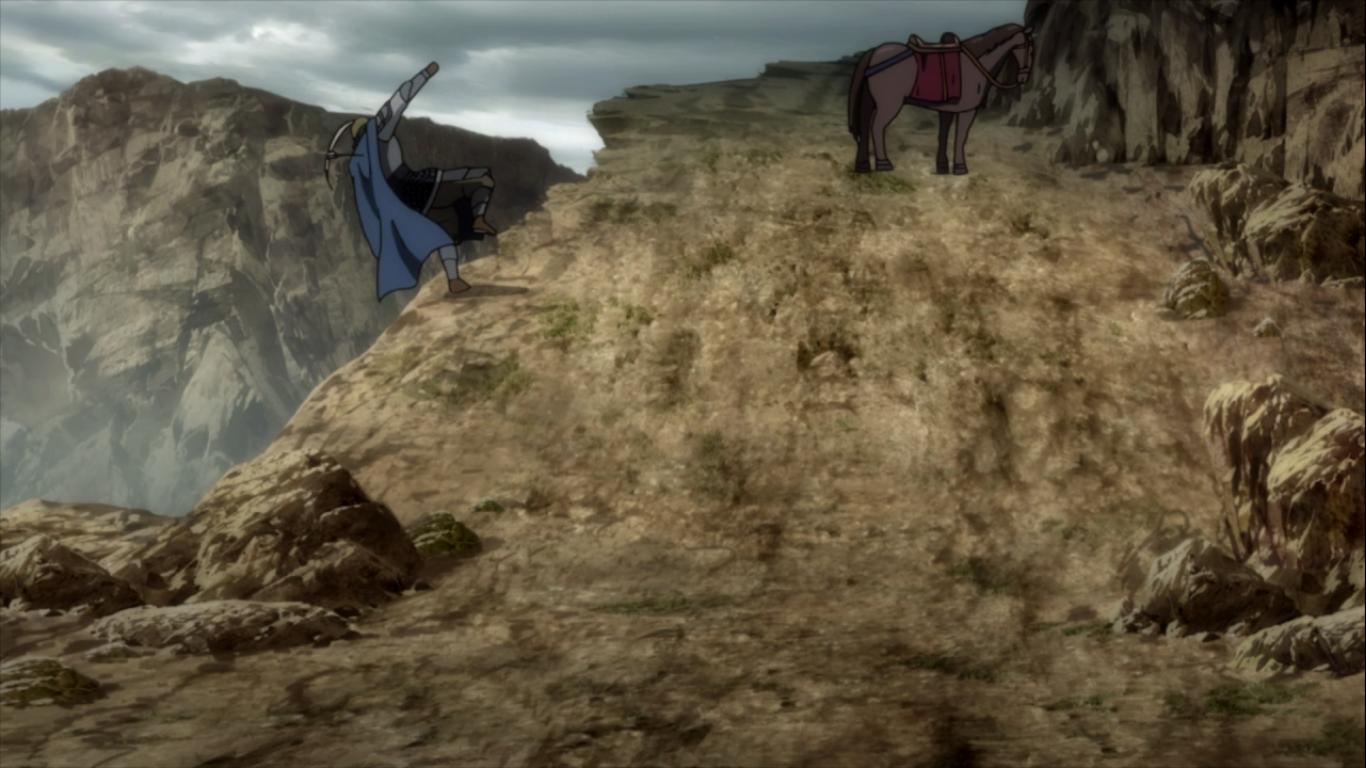 However, in 19 I saw a character that looked like Xandes again: 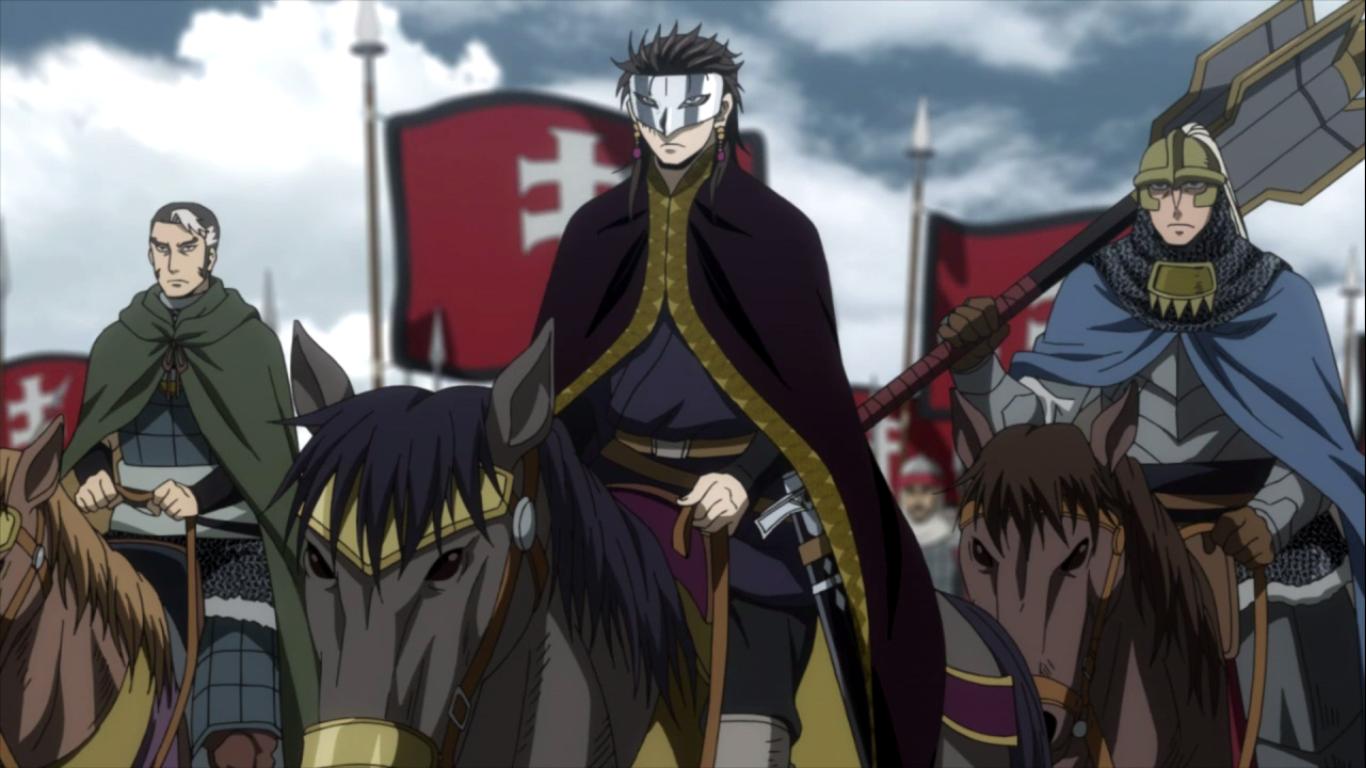 And that was then confirmed to be him indeed: 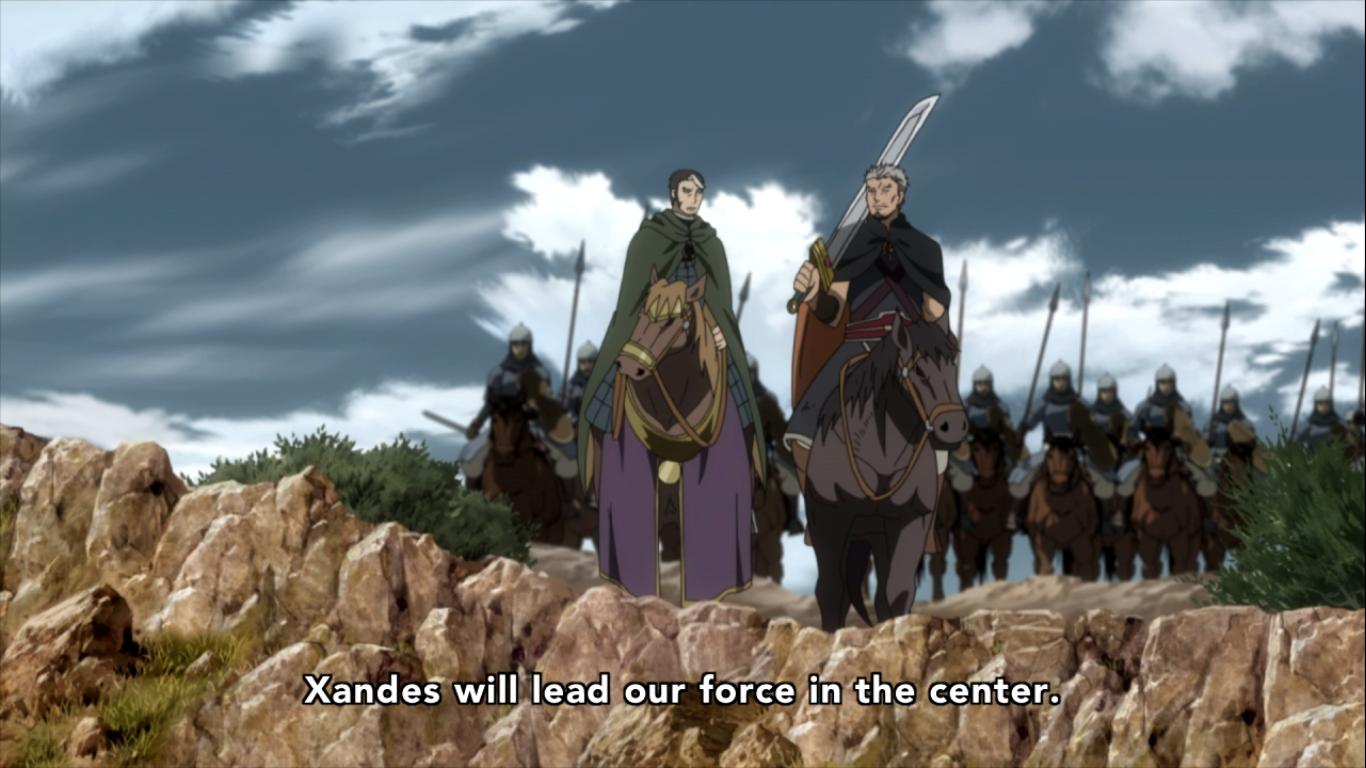 How exactly did Xandes survive? Is it mentioned in the previous adaptations or in the original novel?

Unfortunately, the details behind his survival are not mentioned in the original novels either as he is a minor character. Therefore, all they wrote is that he survived, that is all.

Xandes survived the encounter, and at the beginning of the next year he joins Hilmes's Army of Parsians after the latter is task by Guiscard to subdue the rebellious Temple Knights of Bodin.

My first intuition is that, judging from the fact that he can swing such giant weapons, it shows he does have amazing physical strength and probably dexterity and this allowed him to survive a non-fatal arrow to the shoulder and get back to Hilmes.

Xandes carries a very large sword and stated that he is a great warrior.

My second guess would be Arzhang saving him after he fell off the cliff, like how he saved Hilmes in the 2nd last episode. Arzhang also collected Xandes after he was wounded in his duel with Daryun, so we can say that Arzhang probably saved him when he was hit by the arrow.

Not the answer you're looking for? Browse other questions tagged arslan-senki or ask your own question.