In which episode does Kakashi think Naruto is his sensei?

In what episode does Kakashi thinks Naruto is his sensei Minato? Not the one in shuriken training, but the one on battlefield. The song My Name started playing and I remember the scene being so badass.

Kakashi mistakes Naruto to be his former sensei right after Naruto deflects the five Tailed Beast Balls with astonishing speed.

Here's the scene from the manga: 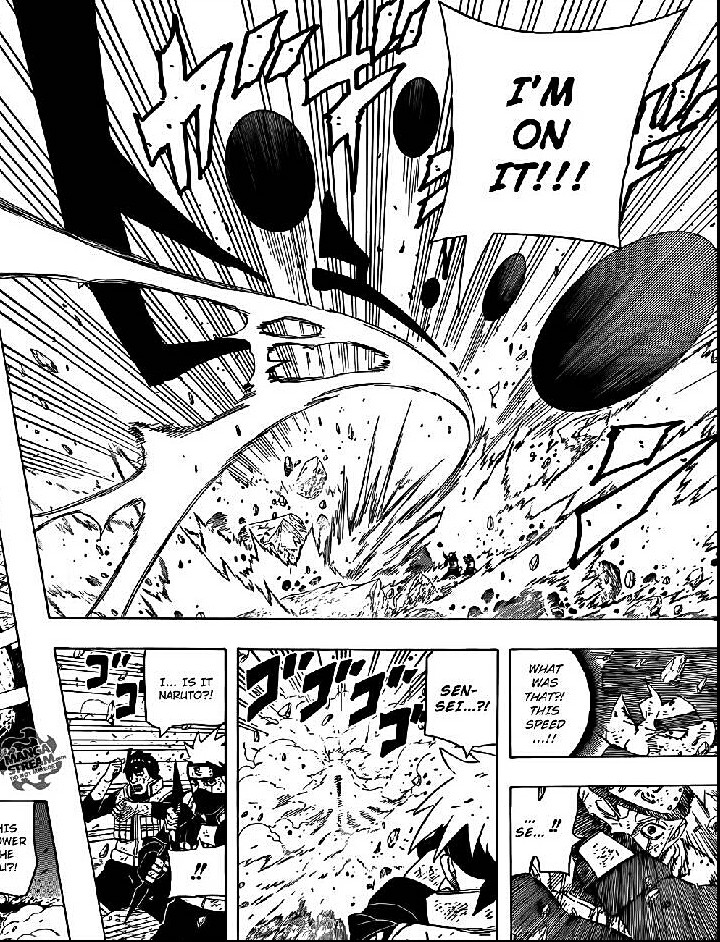 10
When does Kakashi first use his Mangekyou Sharingan?
12
Does Naruto consciously control his clones?
2
Why does the first Season of Naruto have different Openings at the same time?
7
Why do they call their Sensei by his given name?
12
Why didn't Kakashi take care of Naruto?
2
What's that peaceful song in Naruto Shippuden episode 54?
1
Song from Naruto episode 12
0
What's the music from Naruto Shippuden in episode 175/500
0
What is the song playing in the background in Naruto season 2 episode 7?