Did Whitebeard know where the One Piece is located?

All we know about it is from Chapter 576 (Episode 485) just in the scene you mentioned:

In a flashback Roger offered Whitebeard to reveals him how to reach Raftel (the supposed location of One Piece), but he replied he was not interested in going there.

So Whitebeard had the opportunity to know where One Piece but his reply to Roger's offer we don't know if he was told the location or not. The One Piece was probably the object of their conversation right before Roger's offer (It seems that Roger has just finished to talk about his adventure): so it seems that Whitebeard was told about One Piece directly by Roger, even if it was never shown explicitly. 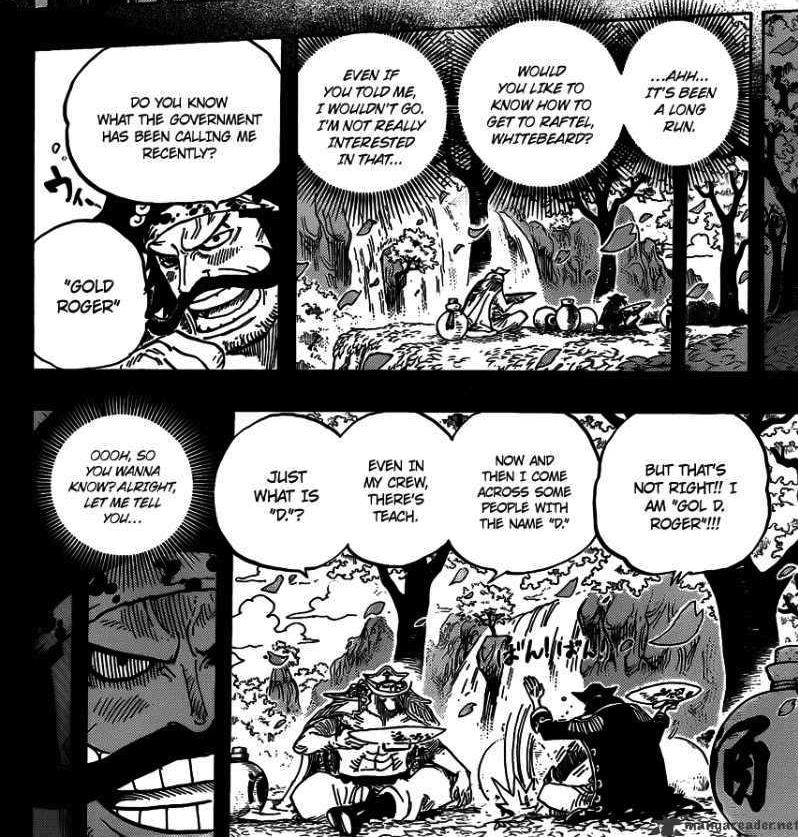 6
Do Shanks or Buggy know the location of the One Piece?
7
How many characters in One Piece know what happened in the Void Century?
1
What is the relation between Dr. Kureha and Gol D. Roger?
7
Has it ever been stated that One Piece is some kind of material treasure?
5
Is One Piece named after Gol D. Roger discovered it?
10
What are the similarities between Gol D. Roger and Monkey D. Luffy? Are they related by blood? What are their relatives' ages?
5
Is it possible that marines are also trying to find one piece?
5
Has the world in One Piece's world map been fully defined?
4
What was the relationship between Whitebeard and Roger?