How true is the Lavender Town Syndrome?

How true is this and does it have any relevance to the anime Pokemon or was it ever mentioned in the anime itself?

No, Lavender Town Syndrome (LTS) is not real. It is an urban legend. Unfortunately, the internet loves itself a good urban legend, and determining truth from fiction (especially for an event from 1996) can be very difficult. This phenomenon was never mentioned on the anime itself, and did not really become well known until sometime around 2010.

The original Lavender Town theme music was a MIDI that was run on two channels (this is called a binaural effect), so that children wearing headphones would hear one thing out of one ear, and one out of the other. The two would theoretically combine in the brain to form a unique sound. The way the theme's multiple channels ran together, many children in the range 7-12 received migraine headaches.

However, there were not mass suicides over this. Wikipedia does not cite any unusual suicides in the 1990s (except an increase in adults due to economic recession).

The real consequences of the music are not well recorded. One source I found states that many children suffered seizures, and two were hospitalized. Another said there were four deaths from children falling or getting chest pain from the intensity of the headaches. But there is no evidence nor reports of a massive surge in child suicide as a result of this event, nor is there any substantial proof for these other reports.

In 1997, an episode of the Pokémon anime (YouTube) caused many seizures, which fueled the fire, but these two events are not to be confused.

In the American version, the MIDI was changed to single tone (I believe using crossfeed, or perhaps dithering), and the sound was tamed slightly.

A myth ((1) (2) (3)) was started that there was an Easter Egg in the MIDI file such that the frequency track is in the shape of a ghost as well as Unowns spelling the words "Leave Now". However, the Unown was not seen until 1999. I also pulled the original Shion Town (Japanese name) theme song, which is only 6:22 long, and confirmed that there is no strange ghost anomaly in the frequency graph: 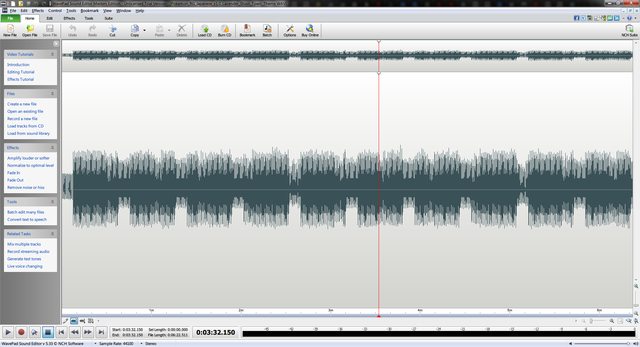 To summarize: Lavender Town Syndrome was not a real thing, and did not lead to mass suicides. It is true, however, that the binaural headphone effect of the original music (before it was changed for the EU and NA versions) could cause headaches and potentially other issues.

Not the answer you're looking for? Browse other questions tagged pokemon game-history .

23
How is the passage of time handled in Pokemon?
22
How does Charmander breathe fire?
5
How does Nincada evolve into Shedinja?
30
Were the other trainers from Pallet town ever revealed?
8
What was the first anime-styled Visual Novel?
7
How strong is Ash?
7
How can Mewtwo Mega Evolve?
7
How do Ditto breed?
8
How can Pikachu speak now?
3
How many trainers in the anime have Legendary Pokemon?