I've read this Detective Conan manga Chapter 499-504 there's a case when Conan chasing Rena Mizunashi, the CIA agent that disguise as Black Organization member with code name Kir. She along with Korn and Chianti is assigned to kill Mayor Candidate (I don't remember his name).

In that time, Conan's tracker is stick to Kir's shoes and he heard the code about the place where the Black Organization plan to Kill the Mayor.

Conan realize that the place is Hyde Park, and he said it's not really Hyde Park that located in London but in Haido Park. But I'm still not understand why can Hayde Park become Haido Park, is anyone can explain about this?

I'll be basing my answer off the anime adaption of these chapters, which took place in episode 425.

There were three possible victims this time, all of them were candidates for the House of Representatives in Japan. This number is based off the fact that there would be three interviews. The letters "DJ" were overheard as the target and the place they overheard for this murder was "Eddie P."

When Haibara is asked what Eddie P is she states that P means that it is a park.

Later, Conan gets a call from Ran and answers in his normal Conan facade. Jodie notices this and calls him out on it saying that he has a double personality: 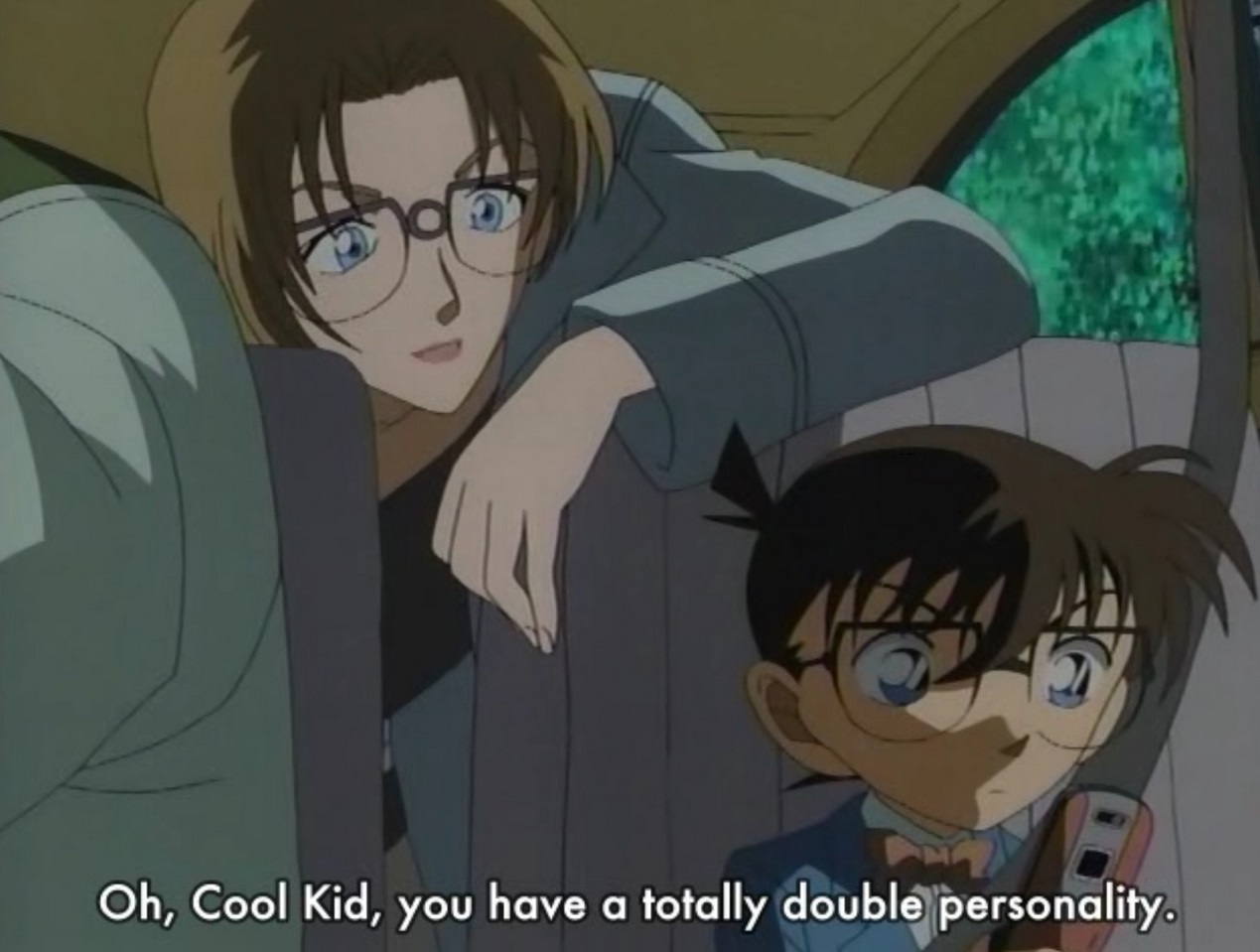 This triggers Conan to think about the following clues:

The closest you can transliterate Jekyll & Hyde in Japanese Katakana is ジキルとハイド. ハイド can be wrote in Romaji as Haido (it's also the way it is pronounced). From here Conan concludes that it must be Haido park and they manage to get there before the camera crew.

12
Why do Black Organization members use alcoholic drink names as code names?
4
Why does Conan call Bourbon a liar?
1
Why did Heiji's mom have to lie to Mouri and Conan in episode 220?
3
Why Ran did not recognise Shinichi right away?
1
Why is the average number of suspects three or more in Detective Conan?
5
Why is “Meitantei Conan” translated as Case Closed?
5
Why is Chiisaku Natta Meitantei considered the “real” first episode?
2
Why does Haibara attend school?
0
Why do Ran and Heiji wear the same clothes?
1
Why doesn't Haibara change her hairstyle?