Who ended up placing fourth in block A of the autumn preliminaries?

After Souma's turn in block A of the autumn preliminaries, the standings were thus: 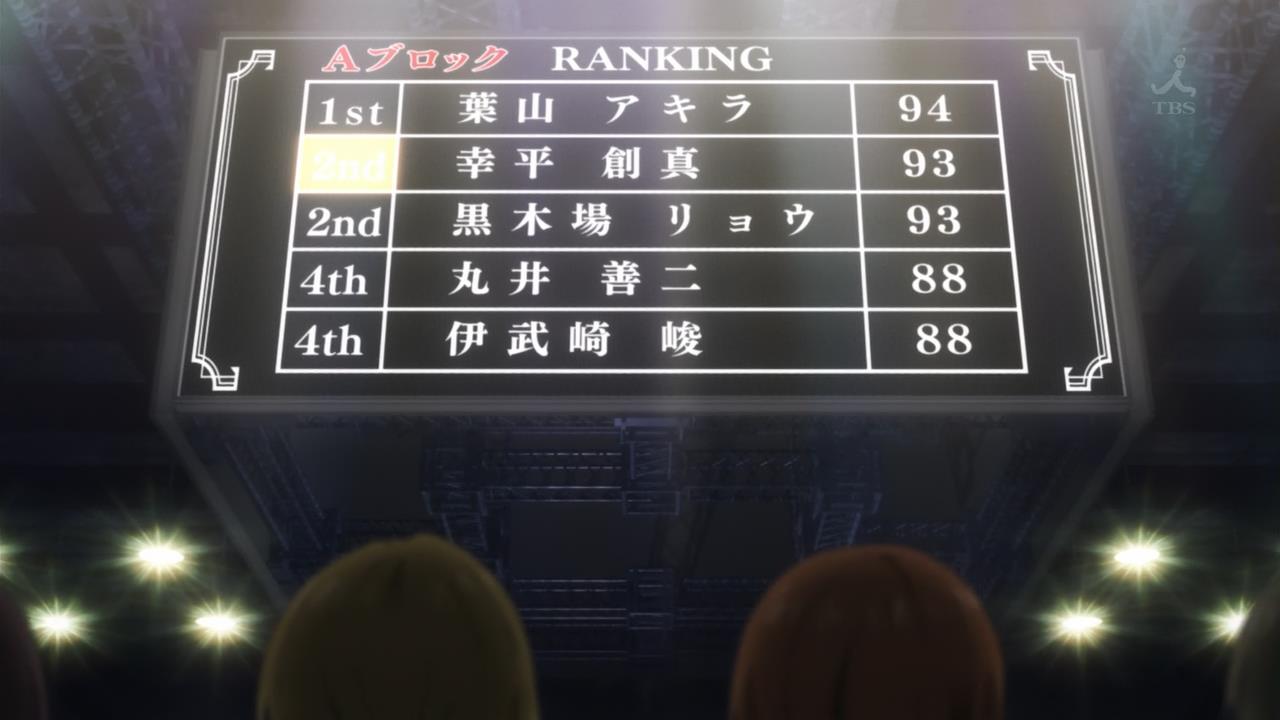 As you can see, there's a tie for fourth between Marui and Ibusaki. It was mentioned in episode 23 that if there were to be a tie that affects who passes the preliminaries, the judges would vote to determine who passes and who doesn't.

So I figure they must have voted on whether Marui or Ibusaki would be the fourth contestant from block A - but which one of them won the vote? During the after-party, Yoshino mentions that Ibusaki was probably sulking in his room, so I guess maybe Marui won? But nobody seemed to explicitly acknowledge that Marui had made it through, so I'm a bit confused.

Another contestant beat them both with an unrevealed curry dish that scored 91 points. Who it is was not revealed until later... it would seem that someone in the Elite Ten put him there for a reason.