What is the meaning of “deculture?”

Throughout the various Macross series the word "deculture" is used, like in the sign off, "see you next deculture" and in the Nyan Nyan song:

How is it used? What is its history? Where did it come from? (both in and out of universe) 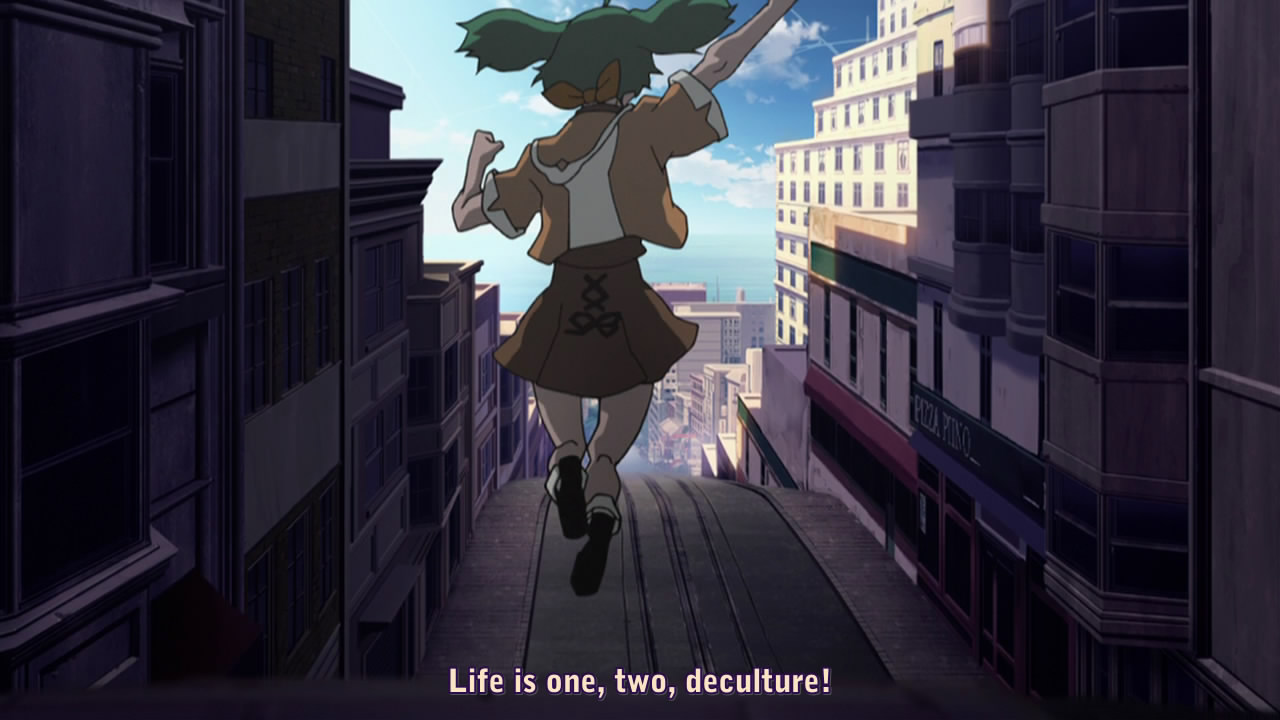 "Deculture" (pronounced de-kult-cha) is a Zentradei expression of shock and surprise. In the early days of the Zentradi/human conflict it was a negative term used often by the Zentradis to denote their shock and disgust at the human-only concepts of culture, music, love and sex. For instance, in the movie Macross: Do You Remember Love? Zentradis reacted with a surprised and disgusted "Yak Deculture!" when they saw a kiss for the first time. 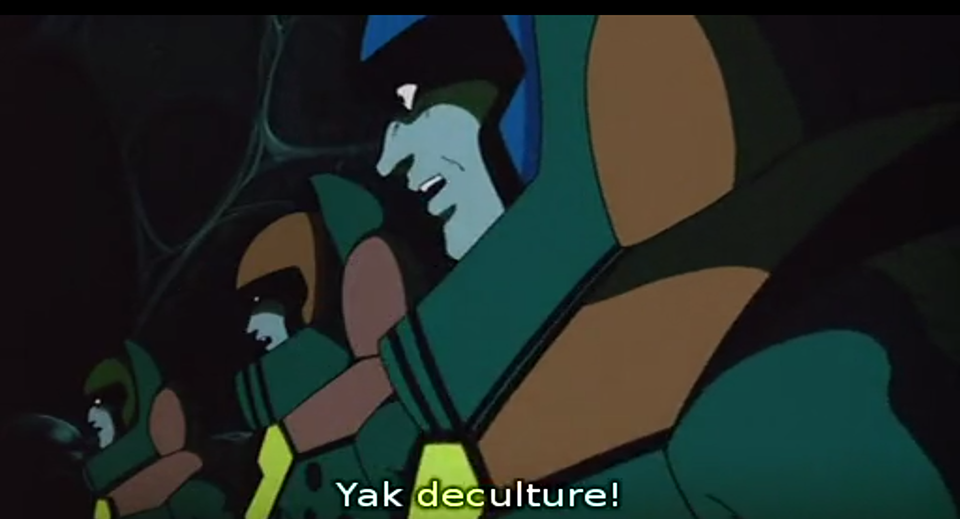 However, since the war ended and Zentradis became assimilated into human culture the meaning of the word started to shift. Zentradis have come to love those very things they used to see as alien and deplorable, so the word "deculture" started to get a more positive connotation of pleasant surprise that is commonly used by non-Zentradis as well. For instance in the series Macross Frontier (set 47 years after the events of Do You Remember Love?) Ranka Lee sings the theme song for the Nyan Cafe: 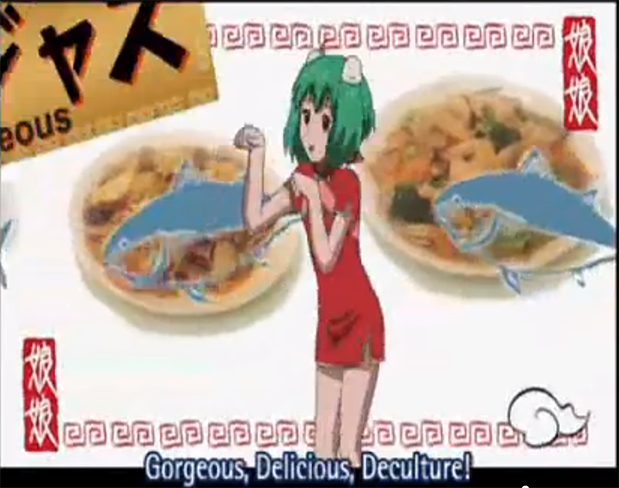 The tone of the song and usage makes it clear that it now means something along the lines of "Awesome!" or "No way!"

Here is an summary of the definition from the Macrosspedia. I've also been trying to find an electronic copy of the book that came with Do You Remember Love, but I can't seem to find it. I'll have to look a little harder.

Basically it is a word from the Zentradi/Meltrandi language that is used to convey a feeling of shock to someone. In the book that I mentioned above it transaltes "De Culcha" as "Stupid Thing". Then it goes on farther to say that "De" is "No" and "Culcha" is "Wonderful Thing". So in English we might say "What the Heck". It also says that it has since by the Human/Zentradi culture in a positive context and is often spoken as a meme in popular culture

Not the answer you're looking for? Browse other questions tagged macross or ask your own question.

2
What is the current legal/licensing status of Macross in the USA?
1
Where did they get supplies for 75,000 persons who went aboard the SDF-1 Macross?