When does Kakashi first use his Mangekyou Sharingan?

In Naruto, when does Kakashi first use his Mangekyou Sharingan? Because as far as I know, he and Tobi both awaken their Mangekyou Sharingan when Kakashi saw Rin and Obito get killed, but he never uses it in the series until Shippuden.

Kakashi's first known use of the Mangekyo Sharigan was against Deidara. However, I think your question really is why did he not use it earlier. There could be a number of reasons why he did not use it or was not shown using it earlier.

Kakashi awakened the Mangekyo Sharingan when Rin was killed. He thus failed to keep his promise to Obito. Hence, this was a emotionally painful moment for him, tied to both Rin and Obito. Maybe he did not want to use it since to avoid revisiting those emotions.

As mentioned in lexter's answer, another reason is that being a non-Uchiha, he simply did not have enough stamina to use it effectively in battle. Even after timeskip, he could only use it twice in a day, and had to take rest for a week or so after he used it. Before timeskip, he was in charge of genin-level students, and he couldn't risk getting knocked out and put his students in danger.

Also, before the timeskip, he simply did not get to fight villains against whom he was forced to use it. He only fought Zabuza and Haku during the Land of Waves arc, and unnamed shinobi from Sand Village and Sound Village during the Invasion of Konoha arc. If Orochimaru were to fight him, Kakashi would probably be pushed to using it, but Orochimaru fought with the Third Hokage instead.

Losing to Uchiha Itachi easily may have compelled Kakashi to consider using it, due to the usual shounen/Naruto logic of "If I want to protect my nakama, I have to get stronger."

There could also be a couple of author issues why Kakashi couldn't be shown using it earlier. Sasuke was a protagonist at the time, and his main aim in life was to kill Itachi. Therefore, it was necessary to introduce Itachi as a superpowerful villian. Ensuring that Mangekyo Sharingan is first mentioned when Itachi is introduced would maximize the audience's perception of how strong and evil Itachi is.

The other reason is it was not in the author's plan that Kakashi had already awakened the Mangekyo Sharingan when the series started, and planned to offer an alternate explanation for how he awakened it during the timeskip period. However, as he started addressing the hanging threads while winding up the story, he decided to shoehorn it into Obito's backstory.

My friend just discovered this in the anime (first season, episode 6, at about 6:35) which I think supports the other explanations. Kakashi is about to use it when he is caught in Zabuza's water prison jutsu. You can see it in this image. This would indicate that he is ready to use it in a near death situation. 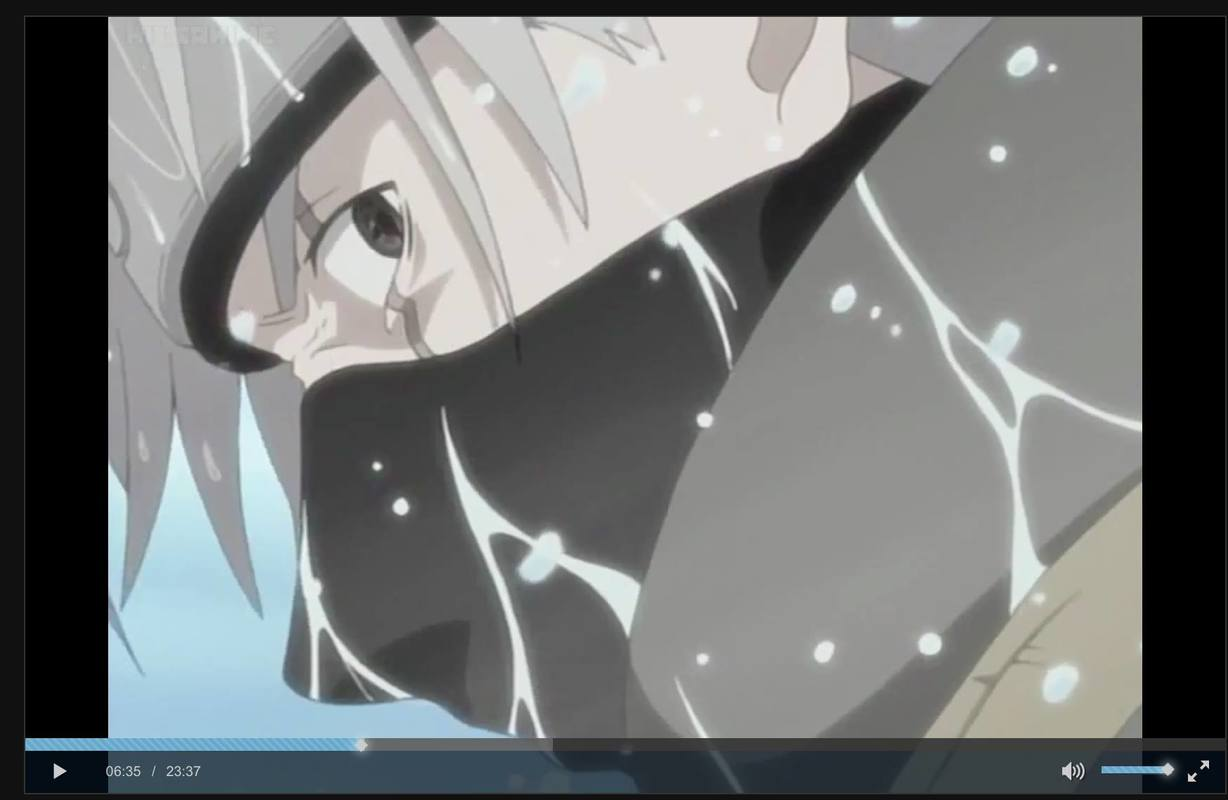 He needed more chakra control and his stamina is sub-par. That timeskip made everyone get better so that's most likely the reason. Plus, he is a non-Uchiha and that's why he can barely handle it. Maybe he first used his Mangekyou Sharingan during his fight with Deidara.

I think the only real reason here is retcon. The Sharingan history is one of the most retconed plots in the Narutoverse and the Kakashi-Rin-Obito relationship is up there too. If what is being suggested by these answers and comments is true, then we have to ignore the fact that Kishimoto admited not yet having a design for the Mangekyou Sharingan for the scenes that show Itachi using it on Sasuke without the design we now know. Because of that, we can infere that at the time kakashi was fighting Zabuza, him having the Mangekyou too was unthinkable. Not to mention that when he truly first used it against Deidara, he spent a good hour "working" on his new Sharingan (see image below), so even at the point it still wasn't defined that he had awakened it in Rin's death. 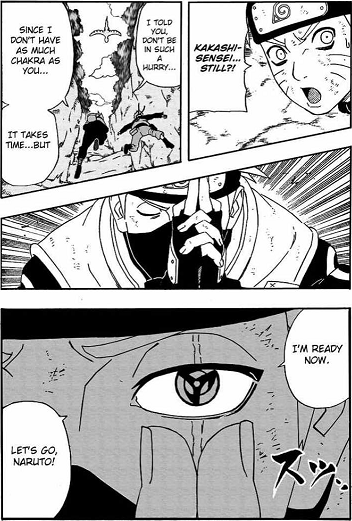 Now, if we MUST make it work for the sake of the Narutoverse, even then we can't presume that those were his intentions when fighting Zabuza, simply because there was no point in using his Kamui in that specific situation.

About his ability with it, yeah, he probably did use it before his fight with Deidara simply because he knew what his eye would do. Since he's not an Uchiha, he had no way of knowing the details of the Mangekyou's power (other then watching Itachi, which was not helpful since their eyes didn't have the same jutsu) without testing on a tree, or a rock. He did faint afterwards, but it wasn't after a single use, he spent a lot of time trying to sever Deidara's arm and even "Kamui'd" his Jibaku Bunshin (Suicide Bombing Clone) entire explosion away.

He awakened when he killed rin, but he learned about the existence of the mangekyou in the first fight with Itachi, i think kakashi maybe have trained using this fight as "inspiration"