How is Jaeger still alive at the end of Valkyria Chronicles?

In episode 25 of Valkyria Chronicles, Maximilian shoots (and it is strongly implied that he kills) Jaeger: 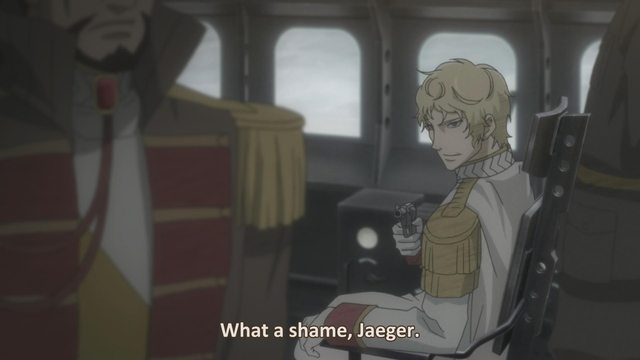 Yet during the credits of the final episode (26), Jaeger is clearly seen walking in the background at the train station: 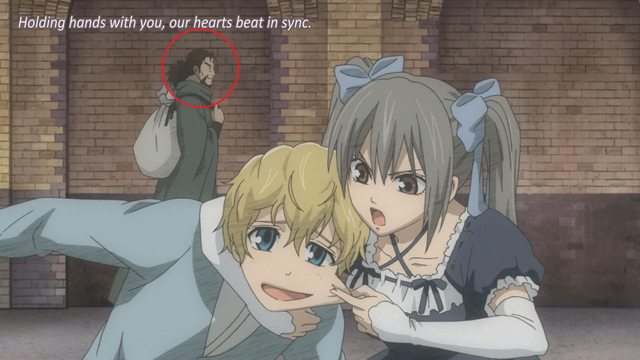 What's the deal here? Did Jaeger not get shot? Or did he get shot but survived? And if so, how in the world did he escape from the rest of the crumbling fortress?

I guess it's kind of a cameo. It really looks like Jaegar was killed and no source can be found that he survived. Because of that, all we can do is speculate - And I think, that it was just a cameo like "Hey, it's over, let us show him again!".

I haven't seen the anime, but in the game (which the anime is based off from), Jaeger was defeated by Squad 7 during Chapter 17 where Squad 7 attempts to get back to Randgriz. But on the way, they find's Jaeger unit has barricaded the Great Vasel Bridge while Jaeger now commands the improved Lupus Regnum.

After his defeat, he doesn't return to Maximilian and his whereabouts are unknown. I read that there is a mention of him in Valkyria Chronicles 3 but I haven't played it to confirm. He doesn't fight for the Empire but for the future independence of Fhirald (under Empire control), so having seen the Gallian Militia continuously get the upper hand against the superior might Empire and even not using their new Valkyria as the Empire did, he probably saw that the Empire was not the way for him to gain independence for Fhirald and that it was possible for Fhirald to get its independence on its own.

As for the scene at the end of the anime, it could be the writers forgot about Jaeger's fate in the game, remember it and made a cameo for him at the end. I haven't seen him getting shot in the anime so I'm not sure how much of a possibility there is that Maximilian was mistaken that he was dead.

Not the answer you're looking for? Browse other questions tagged valkyria-chronicles or ask your own question.

3
Did Alicia really wear a wedding scarf at the end of Senjou no Valkyria (Valkyria Chronicles)?