Why did Mavis lend Fairy Glitter magic to Cana?

Cana got Fairy Glitter from Mavis's tomb in Tenrou Island. Mavis also said in Daimatou Enbu that she lent this magic to Cana.

But I'm still not sure why Mavis lent Fairy Glitter to Cana? Is there any explanation for this?

Explaining further from my comment, Mavis gave Fairy Glitter to Cana twice, on Tenrou Island and on Daimatou Enbu, and both for different reason.

Tenrou Island Arc. Chapter 232 The One Thing I Couldn't Say

This is the first time Mavis gave Fairy Glitter for Cana, Cana first intention is to show her father, Gildart that she can become an S-Class Mage. She tricked Lucy and left her alone. At first, when she reached Mavis's grave, it was sealed and she couldn't touch the grave. But at the end she realized that she only want to protect her friends. So Mavis gave her Fairy Glitter because of her pure heart to protect her friends and the guild. 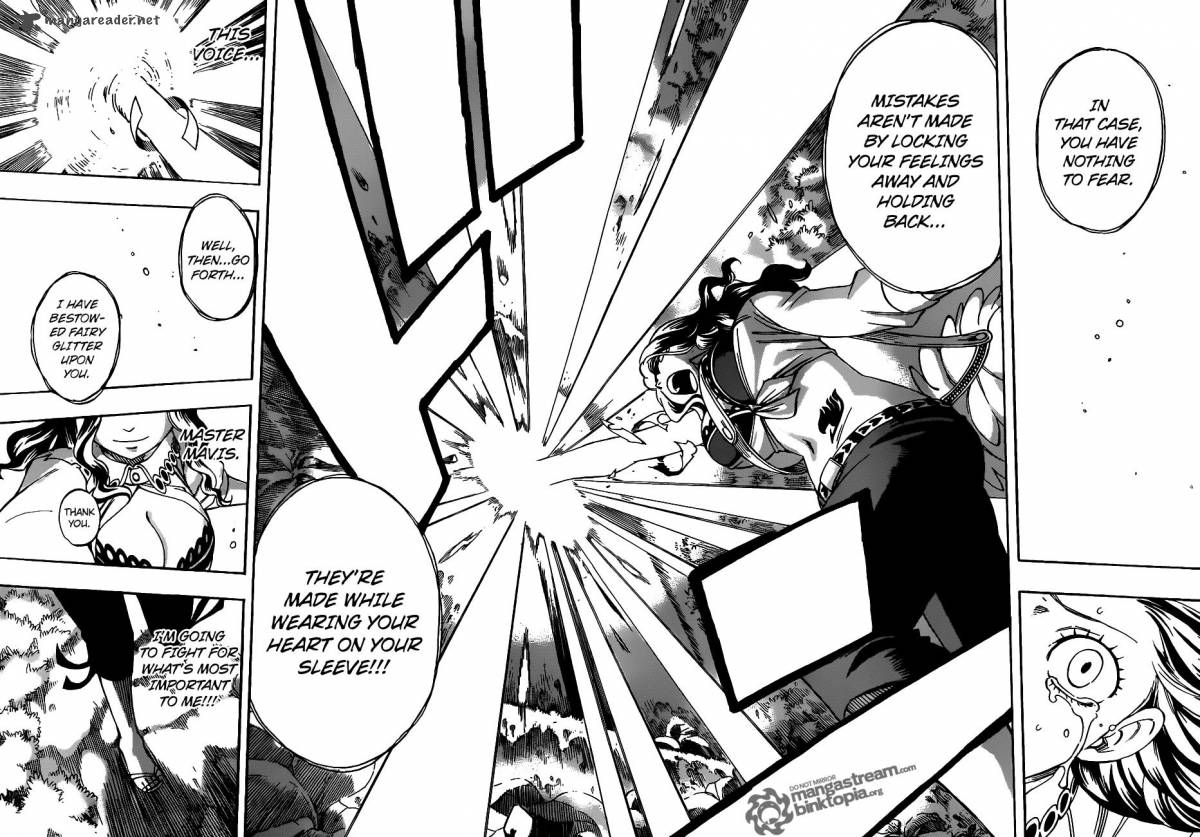 This is the second time Mavis gave Fairy Glitter for Cana. As for the reason, it's less complicated than the first time, she did it so Fairy Tail could win the tournament, and show that Fairy Tail is back. 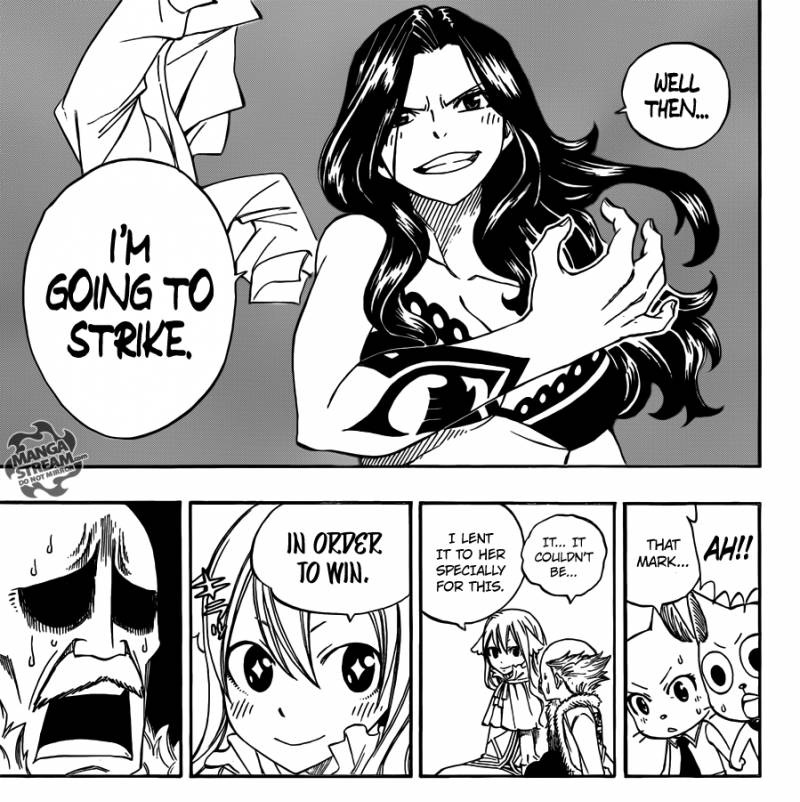 9
Why did Erza challenge that many monsters at the Pandemonium?

5
Was Erza's nickname 'Titania' inspired by Shakespeare?
2
Was Grimiore Heart aware that Zeref was still alive?
2
Why does Uosuke say “Tai” at the end of every sentence?
2
Why did Lucy of future not know of the solution she wrote?
2
How durable is Natsu Dragneel?
2
To do a 'Unison Raid', do you have to have the same type of magic?
2
Why does Zeref want to kill Acnologia?
0
Why did Makarov not use Fairy Law against Tartaros?
3
Why we rarely see magic circle during battle in Fairy Tail : Final Series?
0
For the 2nd movie of Fairy Tail: Dragon Cry, at what moment is it placed?