What does Kanzaki Nao do?

What's her occupation? It says student on the Liar Game wiki, but I don't think she had any occupation mentioned in the Liar Game drama. What is she studying? How does she have the time to do all this Liar Game stuff while she is studying/working? Sick leave?

I don't know about how she does have time to study, but it's mentioned in the first chapter that she was just admitted to an all-girls college in the past april 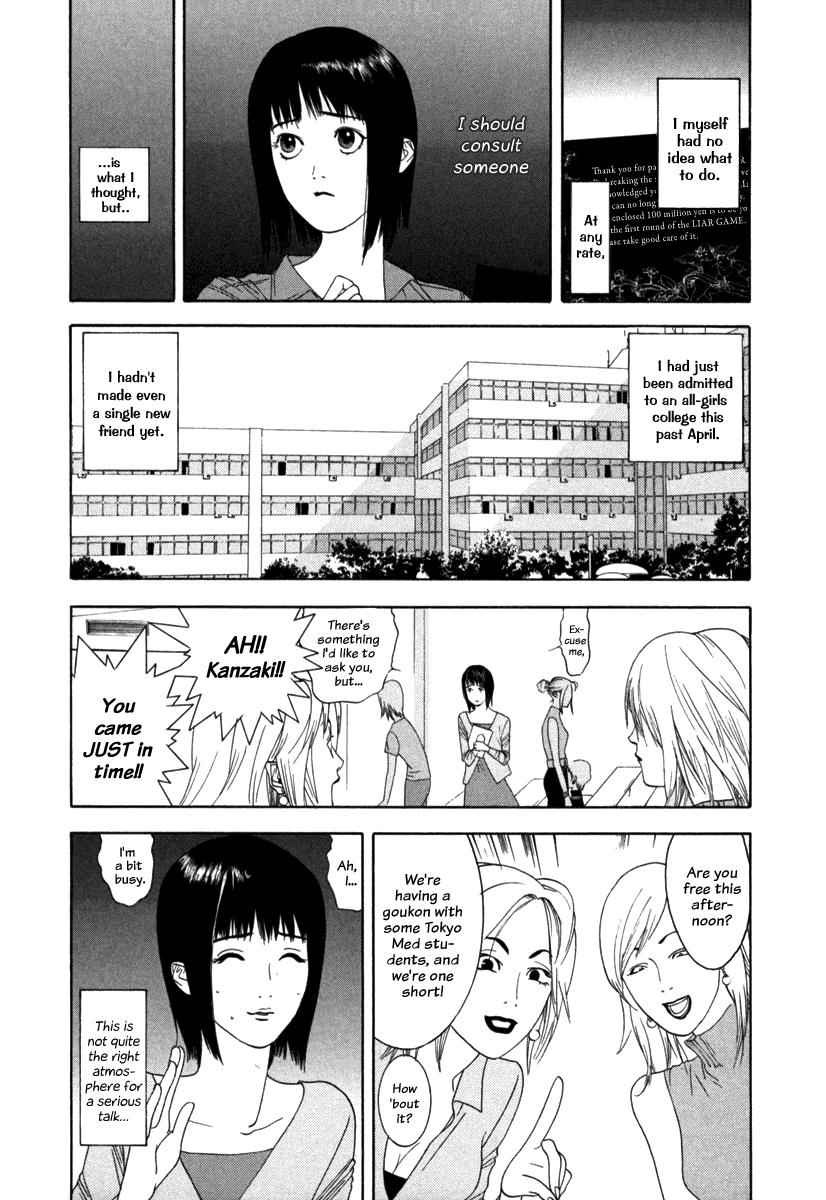 To some degree, Nao's ability to keep up with school is handwaved: other than in chapter 139, what we see of her daily life (other than the segment in the ch. 1 excerpted in the other answer) consists of her visits to her father, and we also do not see much of it anyway. However, I think we have reason to believe that Nao has not had to abandon her studies because of the Liar Game:

Not the answer you're looking for? Browse other questions tagged liar-game .

2
What is Abe's first name?